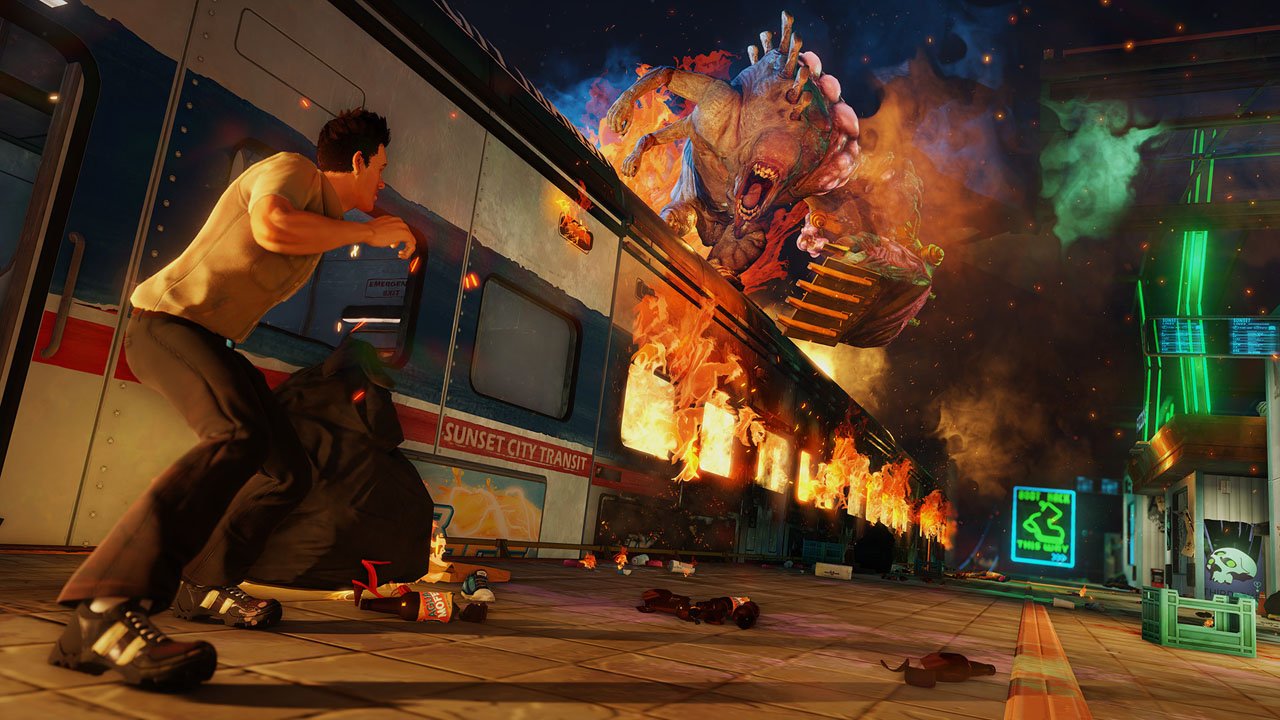 The full achievement list for the Xbox One exclusive Sunset Overdrive has now been revealed on Exophase.

The achievement list in Sunset Overdrive reveals some of the crazy stuff you will be able to do in the game. If it’s anything like Insomniac Games’ previous games, you’d expect to see both crazy enemies that you can kill and even more insane weapons at your disposal. There are 64 total achievements for you to unlock with a Gamerscore of 1000 for you to obtain.

Sunset Overdrive is a third-person shooter that doesn’t take itself too seriously. Insomniac Games set out to make the game appear differently than most serious looking shooters out there today. It’s looks like a really fun game judging by the previews we’ve seen so far.

Sunset Overdrive releases from October 28th exclusively for Xbox One.

Perfection
Complete an optional Night Defense without losing any of your Overcharge.

The Floor is Lava
Chain together 100 traversal moves without stopping or touching the ground.

Favorite
Upgrade one of your guns to Level 5.

Many Favorites
Upgrade 10 guns to Level 5.

Amped Up
Equip five AMPs on your character at the same time.

Who is Sending These?
Loot 25 emergency supply drops.

Can’t Commit
Equip one piece of clothing from each Faction at the same time.

Overachiever
You earned an achievement.

Appreciation
Watch the credits all the way through.

Dusk Til Dawn
Survive one night at your Fort.

Plan B
Survive the glider crash and look for another way out of Sunset City.

That Balloon
You killed a balloon.

Ultra Mega Kill
That was a lot of pigeons.

Save Everyone
Save Sunset City from Fizzco’s second-most powerful robot.

This is My City Now
You beat the final Fizzco corporate machine.

Not So Secret Ingredient
Get to the bottom of Fizzco’s corporate secrets.

Vat Pack Rat
Upgrade the Overcharge vats at every Fort.

Defender of the Realm
Clear Fargarthia of a hidden evil.

Revolutionary
Take back Sunset City for the misfit survivors.

Equal Opportunity
Complete a quest from every faction.

A Challenger Appears
Complete 10 challenges with at least a bronze rating.

Second Place
Complete 30 challenges with at least a silver rating.

The Champion
Complete 50 challenges with a gold rating.

Chaos in Downtown
Survive Chaos Squad in Downtown District with at least 1625 Chaos.

Bounce Kills
Kill 100 enemies while bouncing or while in the air.

Flung to Safety
Kill 100 enemies by flinging them into danger using the Springboard Trap.

Crash Landing
Destroy 25 Fizzco Blimps just because you can.

Wire Tapping
Eavesdrop on nine conversations by hacking into satellites.

I Should Get Paid for This
Beat Insomniac QA’s high score of 534,080 on the Challenge “Buck’s Revenge.”

Replay
Replay any Mission and complete it under par.

Not the Boss of Me
Replay the final mission and defeat the boss under par.