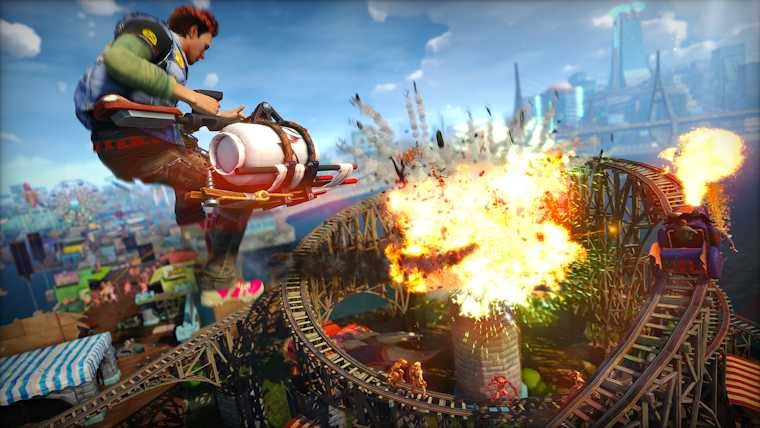 While we may be in the middle of the typical summer gaming lull with few new releases, the month of October and November are going to be incredibly packed, with perhaps one of the most anticipated games being that of Sunset Overdrive. Rather than going multi-platform, Insomniac Games’ latest outing is going to be exclusive to Microsoft’s new Xbox One and the studio has now come out to explain this decision.

In an interview with Game Revolution, founder and CEO of Insomniac Ted Price had to say the following about the Xbox One exclusivity.

“We have a long history and great relationship with Sony and we will continue to work closely with them moving forward. However when Microsoft announced the Xbox One we felt that what Microsoft was offering in terms of the platform feature set and Xbox Live presence was a great match for Sunset Overdrive.

“For example, our multiplayer mode in the game called Chaos Squad supports eight players traversing a giant open world together to take on randomized missions. This is not a simple feature to create. Yet Microsoft’s muscle on the platform and Xbox Live fronts has been invaluable in helping us create a unique multiplayer experience. Furthermore the overall partnership has been seamless, and we’ve been extremely happy with the level of support and commitment we’ve received for Sunset Overdrive.”

Microsoft’s online presence in the past with Xbox Live definitely seems to be the central reason why the game is an Xbox One exclusive, which may be a little surprising considering Sony’s online has been pretty solid in more recent years. However, it is hard to argue that Xbox Live hasn’t had the better track record overall.