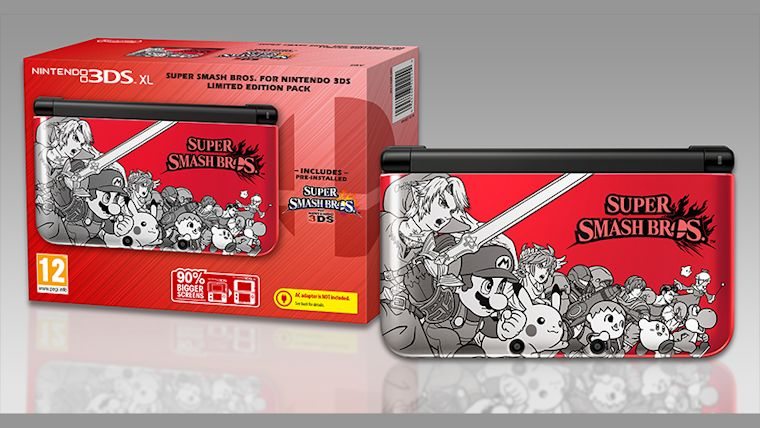 With Super Smash Bros. getting ever closer to releasing on the Nintendo 3DS in less than two months in the US and Europe, and only a month in Japan, excitement for the game is hitting a peak right now. Earlier today, we told you about the pretty much expected reveal of the return of Meta Knight and now we have something almost equally expected, the announcement of a special Nintendo 3DS XL bundle with a specially themed 3DS XL included.

I have been looking to upgrade my OG Nintendo 3DS to the XL model for some time now and this might just be the one that causes me to pull the trigger if it does come to the US. For those in Europe, this bundle will be launching alongside the game itself on October 3.