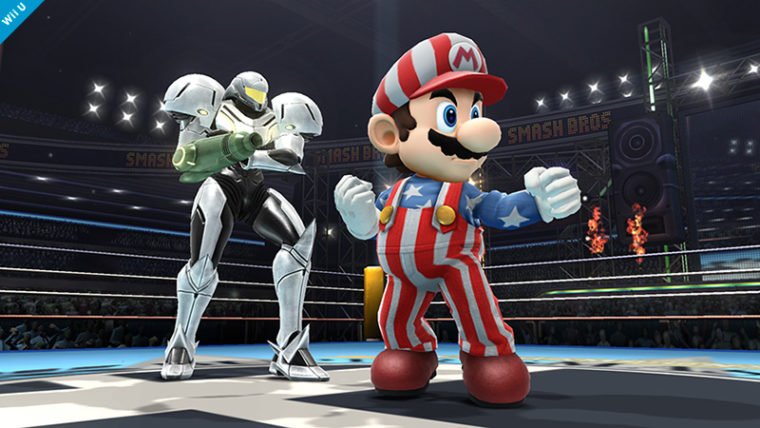 The upcoming Super Smash Bros. for both Wii U and Nintendo 3DS is looking better and better with every update. One particular type of update has been pretty common lately, alternate costumes. At one point, we were wondering if we’d really see any cool alternate skins rather than just palette swaps, and lately we have gotten an answer to that.

Following up on the reveal of Little Mac’s training hoodie costume last week, two new costumes have been revealed, including one for Mario that goes way back. Rather than just being a costume that looks like Mario is being very patriotic for the US, Masahiro Sakurai reveals that it is actually from a classic game NES game.

Samus’ costume appears to be her Light Suit from the Metroid Prime series, so hopefully she will have a full array of true alternate costumes in the mix as well. As before, what other alternate costumes would you like to see in Super Smash Bros., especially for these two fighters?