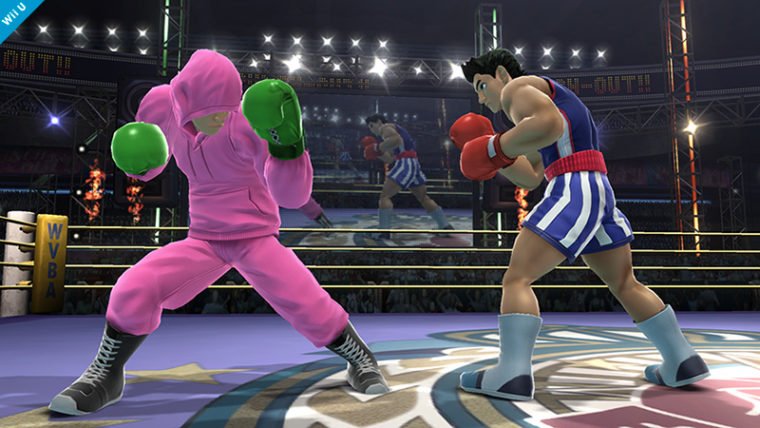 Throughout the Super Smash Bros. franchise, we have had an overall lack of alternate costumes for the large number of fighters to use in the game. We had the Daisy costume for Peach and a few like that, but there has been so much missed potential on a large number of the others we could have seen in the past. Luckily, it appears the upcoming Super Smash Bros. for Wii U and Nintendo 3DS is going to be having more than we are used to, especially with one newcomer.

The first character to have an announced alternate was Wii Fit Trainer, which was the male version of the skin, along with the female Villager skin announced much later. Between those, we also got the unveiling of Wire Frame Little Mac, which is from the arcade version of Punch-Out!

Well, it appears that Little Mac is one very popular guy as we now know he’s getting another in the game based off one of his classic looks from the opening of the original Punch-Out. The following were the caption associated with the image and a followup comment by Masahiro Sakurai on Miiverse.

Hopefully this is a sign that every character is going to be receiving multiple true alternate, such as different variations of their costumes throughout the years, rather than just palette swaps. The fact that Little Mac has two, along with the Skyloft inspired Link tunic revealed last week, hopefully bodes well for some of the other characters in the game to getsome as well.