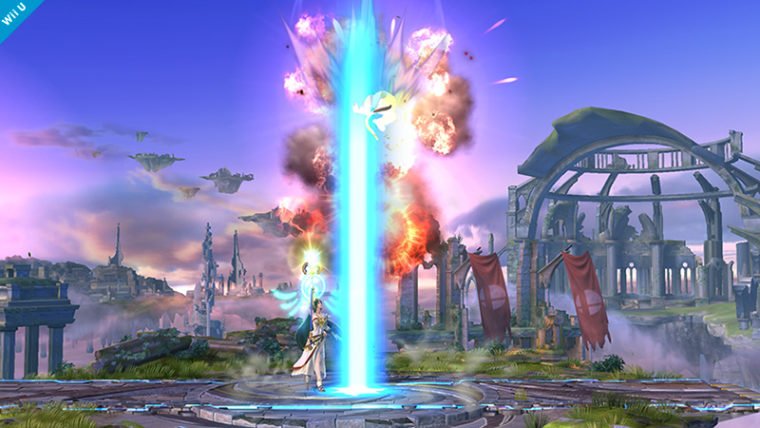 Just yesterday, we told you about the Mii Gunner in the upcoming Super Smash Bros. for Wii U and Nintendo 3DS, who Masahiro Sakurai revealed has some of the longest range in the game. However, he has now shown off a couple new moves from a fresh competitor to the series that look to surpass even the range of Mii Gunner.

Palutena was revealed alongside the three Mii Fighter types, but seemed to lose a little bit of hype after the reveal later that day of Pac-Man. Regardless, Palutena looks to be a very powerful fighter in the game, especially based on this new update from Sakurai, the first of which is shown off in the above image.

Sakurai also provided us with a second image and caption that discusses another move of hers that looks to be one of the most useful in the game, Heavenly Light. 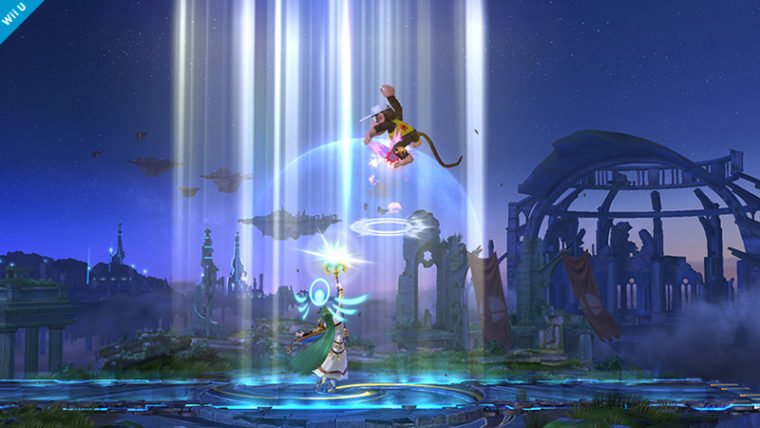 How do you feel about Palutena so far based on her debut trailer and these moves? Do you think she might be one you will use when the game releases later this year? Let us know below.