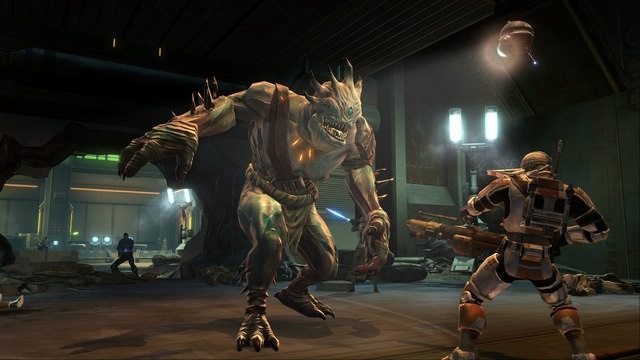 The first content update for Star Wars: The Old Republic has been released. Just around one month since launch, Rise of the Rakghouls has gone live on Bioware servers.

Recently delayed due to maintenance, the content update adds new Flashpoints, Warzones, and Operations to force push your way through.
High end group content, game systems and game balancing are also featured in the recent update.

Some users are finding problems with the new content however. A new exploit has been found on the PvP world of Illum, where users are able to use the exploit to control the spawning of turrets.

Bioware is currently investigating the new glitch, and has said “it takes some time to investigate.”