The latest news in the world of video games at Attack of the Fanboy
May 5th, 2016 by Damian Seeto 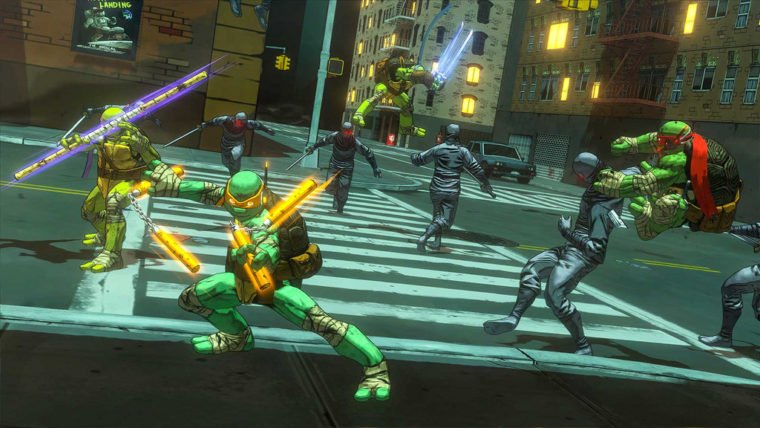 The ESRB has now rated Teenage Mutant Ninja Turtles: Mutants in Manhattan which will be out later this year. It will be available for PC, PS4 and Xbox One.

Teenage Mutant Ninja Turtles: Mutants in Manhattan has been rated “T” for teen for “Fantasy Violence”. It is interesting this game has been rated for teenagers since the franchise is aimed for kids. Lots of adults grew up playing the older games so this title should appeal to them.

The rating summary says: “This is an action game in which players assume the roles of the Teenage Mutant Ninja Turtles as they fight to defend New York from villains. From a third-person perspective, players traverse an urban landscape and battle soldiers, aliens, and various mutant boss characters. The turtles use swords, staffs, punches, and kicks to defeat enemies in frenetic combat.

Some characters use blaster-like guns; one boss uses a chainsaw and blaster; a soldier uses electrified prods to attack the turtles. Combat is fast-paced, with frequent explosions, laser/gun-fire, combo moves, and grunts/cries of pain.”

Teenage Mutant Ninja Turtles: Mutants in Manhattan will be released in North America on May 24th, 2016. Sadly, the game has no offline co-op but you can go online to be all of the turtles.