The latest news in the world of video games at Attack of the Fanboy
December 30th, 2016 by Dean James 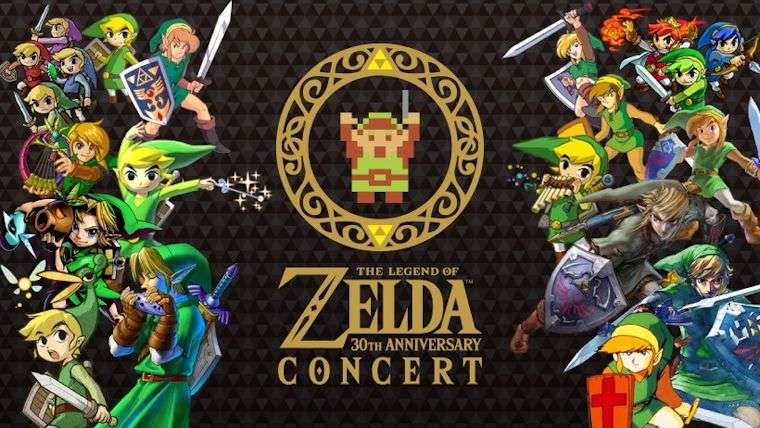 The Legend of Zelda series has had its fair share of different concert series, including the Symphony of the Goddesses concert that has been traveling around the US for awhile now. In honor of the 30th anniversary in Japan though, they announced an exclusive limited concert that was held between October and December of this year and naturally this is being released for those that couldn’t make it to this very exclusive event that even had a lottery just to attend.

Celebrating this long running series, the concert features songs from all throughout the years by the Tokyo Philharmonic Orchestra. Like many of these game based concerts, the music is played alongside a screen showcasing the different eras of the franchise.

The new listing for The Legend of Zelda 30th Anniversary Concert Special Edition CD/DVD just went up on Amazon Japan and will be released on February 15, 2017. This limited edition CD/DVD set is worth it for Legend of Zelda collectors at only ￥ 4,826, which is about $42 or so in US dollars.

This special edition includes the CD, of course, but also includes a DVD that has what is shown on the screen during the different parts of the concert. By including this, you can feel like you are right there in the concert. In addition, this includes a few other Zelda related goodies like a CD stand and a badge set, making this a must for collectors. There is no telling if this will be released in the US, so you might want to grab it now before they run out.