The latest news in the world of video games at Attack of the Fanboy
March 20th, 2015 by Kyle Hanson 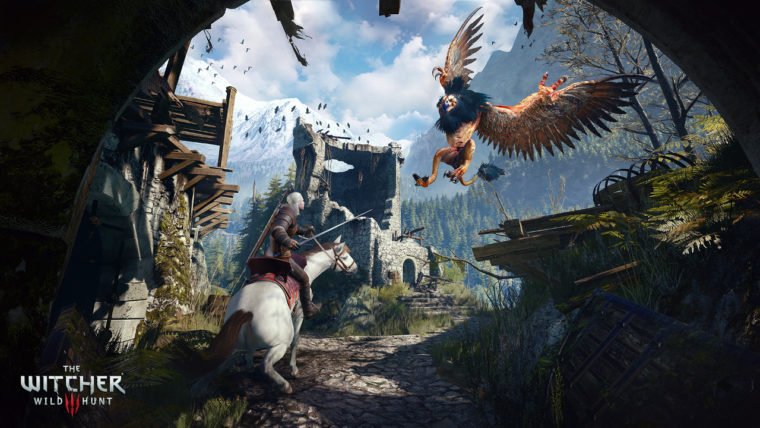 The Witcher 3: Wild Hunt is shaping up to be one of the most anticipated games of the year. CD Projekt Red is bringing players back into the world of Geralt of Rivia as he sets out on, supposedly, his last adventure. This is the first game in the series to hit the new generation of consoles, and is even forgoing release on PS3 and Xbox 360 altogether. That means players are in for a very different experience this time around. I got to try out The Witcher 3: Wild Hunt at PAX East 2015, and can say that the anticipation is warranted. Check out my interview with Miles Tost, one of the game’s level designers, and keep reading to get some extra impressions of my time with The Witcher 3: Wild Hunt.

To be completely honest, I haven’t had a chance to dive into The Witcher series all that much. I own both current games and have started them up before, but something always dragged me away. As Miles points out, this isn’t a complete detriment to my enjoyment of The Witcher 3. Since the game will be launching on new consoles, CD Projekt Red has kept new players in mind. This was abundantly clear in my time with the game, which consisted of the first hour or so of gameplay.

After the opening cinematics, which features some fairly mature content right off the bat, I was able to play through a series of tutorials. These were all optional, so veterans of the series can quickly skip them and get to the action. For the uninitiated like myself, these tutorials did a fantastic job of explaining not only the mechanics of play, but the world in which I had found myself. Combat was both fast and fluid, allowing for effective offensive and defensive strategies. Once you get accustomed to the basic swordplay you can mix things up with spells and potions.

Outside of combat, the world is even more vast and open than in the previous games. You know that old gaming cliche “you can walk to those mountains”? In The Witcher 3: Wild Hunt, it seems to be true. Once I left the compound and set out on my quest I found a huge, open environment that was ready to be explored. Of course, I wanted to get some action under my belt, so I stuck to the path of the main mission, but side quests and random exploration were definite options that were available for me. 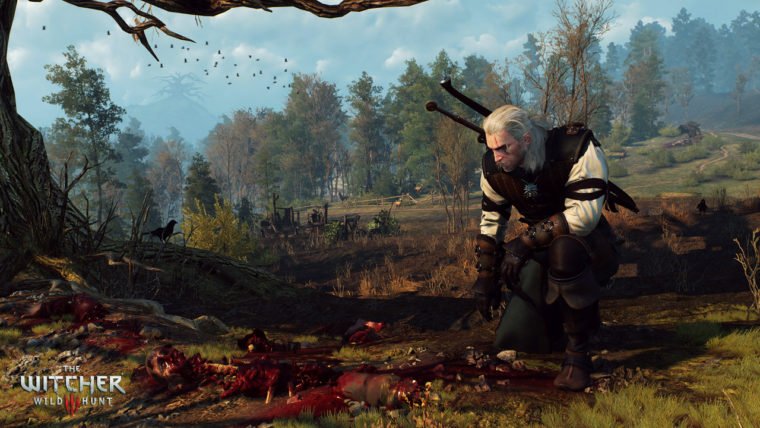 The creatures in this world are equally as impressive, with so many varieties of monsters randomly mentioned in my short time that I wasn’t able to document them all. Our initial quest was to hunt down a griffin, which had been terrorizing the local population for some time. As Geralt and his companion  performed deeds for random townsfolk they could haggle to get more of a reward, or send the people on their way. This is just one example of the robust dialogue and choice mechanic in The Witcher 3.

As you can see in my interview, choices are a big part of The Witcher series. Your choices from previous games can be carried over, if you play on PC at least. For those that can’t transfer their save, such as those on console, they can tell the tale of their previous adventures early on in the game. This establishes the universe in a way that fits with the player’s previous actions.

I was just getting started with the in-universe card game called Gwent when I had to jump off. It seemed like an interesting, and complex side element to The Witcher 3. Most of all, my time with the game left me impressed with both the technical, as well as design elements of The Witcher 3: Wild Hunt. Of course, the visuals were fantastic, with realistic looking environments, and some truly stunning characters. On top of this is the huge world that is fully populated with people and creatures that will surely impress anyone who is looking for a unique RPG adventure.

I’ll definitely be keeping an eye on The Witcher 3: Wild Hunt as it gets closer to its release for PS4, Xbox One, and PC on May 19th.