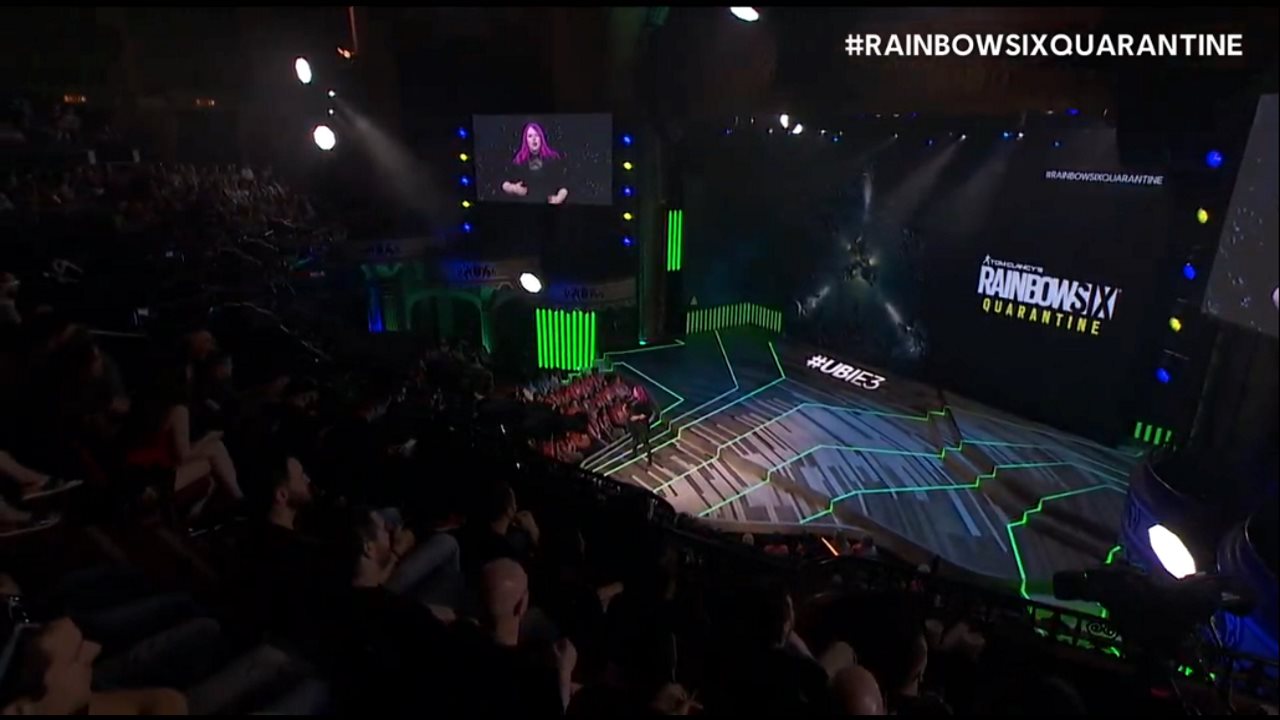 While Ubisoft’s E3 2019 presentation wasn’t chock full of massive surprises, they still had one thing that made gamers raise their eyebrows in shock. Tom Clancy’s Rainbow Six Quarantine is a brand new game following off the success of Siege. It doesn’t look to replace that competitive multiplayer title, instead acting as the latest game in the series, but working alongside Siege.

“What siege is to the PVP genre, we will be to coop,” said Lead Designer for Rainbow Six Quarantine, Bio Jade Adam Granger. The teaser trailer, which you can check out below, doesn’t show any gameplay. Instead it gives you a sense of the story and the world of this new game.

Unfortunately that means we don’t have much to go on even to speculate about what this game could be like. Three players look to work together to survive and kill enemies. What form will those enemies take and how will the game fit into the overall Rainbow Six formula? Not sure, but it looks similar to zombie style co-op shooters.

Beyond that we’ll just have to wait to find out. Tom Clancy’s Rainbow Six Quarantine hits PS4, Xbox One, and PC in early 2020.