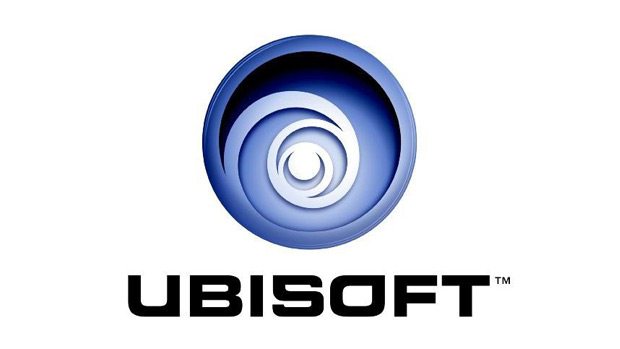 Over the years, Ubisoft has certainly expanded as a developer and publisher with the release of multiple successfully made franchises and stand-alone titles.  Today, the company hoped to smoothly showcase the games that they’ve been preparing for quite some time by emphasizing gaming as “adventure”, “sharing”, and “life.”  The titles presented are listed below. As a side note, was it just me, or was that not one of the most abrasive and annoying E3 presenters ever? Yes, the one with all the “flashback” noises. Where’s Ezio when you need him?

Rayman Origins – Rayman is back with the reflex-based gameplay familiar to the series. The demo showcased a variety of environments including ice, fire, underwater and air levels. It may not be on everyone’s wish list, but this game looks like a hell of a lot of fun. It will definitely be one of those titles which the whole family can enjoy, especially with the announcement of 4 player co-op.

Driver: San Francisco – The driving game supposedly hopes to display how San Francisco “is the ideal place for car chases”. It would be amazing if they could replicate the actual gameplay anywhere near the rendering in the cinematic trailer, especially with the views that were shown behind the wheel.

Far Cry 3 – The demo began with the player seeing a hostage executed from afar (you are trying to locate your kidnapped girlfriend), but the enemy gets to you first and you’re quickly knocked unconscious. Tied to a cinder block, what figures to be the game’s main bad guy kicks the block into the water where you see helpless corpses who have suffered the same fate. You just escape and come out of a misty waterfall to find an enemy where you take him out and take his gun. After some bloody melee combat with the help of a machete, the demo then shows the protagonist fighting to get to a helicopter and as it takes off it is hit by an enemy rocket.  The gameplay ends with you being reunited with the antagonist that tried killing you before. The lush jungle landscapes look breathtaking for a console and the combat looks smooth so far. I wouldn’t be surprised if this turned out to be the surprise hit of the convention.

Brothers in Arms: Furious 4 – I could have sworn that for a while, I was watching a trailer for Inglorious Basterds: The Video Game. Players will control a squad of four Nazi killers and the game looks to copy that cartoonish style violence featured in Tarantino’s film. Apparently, and as the trailer showed, Nazis are not safe even when on the crapper.

The Adventures of Tin Tin – Steven Spielberg and Peter Jackson appeared in the trailer to promote the game and discuss how it was working with Ubisoft in order to make it. Tin Tin is an ambitious reporter that gets in a little over his head and must work with his dog Snowy (also to be a playable character) to get to the bottom of things. From the trailer, the title looks as if it will feature gameplay mostly of the platform/puzzle-solving sort.

Tom Clancy Ghost Recon: Future Soldier and Ghost Recon Online Announced – The demo for Future Soldier began as you and your team are quietly making your way through a swamp. As you continue to move through the village, taking out bad guys, players must be wary not to harm villagers trying to escape the gunfire. Featured was the real-time map scanner allowing you to get  a layout of upcoming areas, a tool that will be essential to many of the missions. The player finally reaches the location of the VIP to be rescued and the team finds him bagged and tied. The demo reaches its conclusion as you fight your way out of the village while protecting the VIP. It was also announced that weapon customization would play a large part in the game. Additionally, Ghost Recon: Online will offer a free (Yes, it will reportedly be free to download) PC online experience that unquestionably looks better than any free-to-play game to date.

Rocksmith – In my opinion, this is the direction in which all music genre games should be headed. The game will be the first of its kind in the sense that it will be able to teach you (to what extent, I’m not sure) how to play real instruments. Veterans and new guitarists alike will be able to enjoy it. It also has the familiar mechanics of Guitar Hero and Rock Band – strumming at the right time as notes pass.

Your Shape: Fitness Evolved – The developers have the goal for everyone playing to burn 1 billion calories collectively. Yeah, good luck with that.

Assassins Creed: Revelations – After a pretty cinematic trailer showing Ezio being captured and then escaping a group of Templar guards, the demo began showing Ezio being informed that a chain has been raised in the sea (preventing any ships from leaving) and will not be taken down until the capture of Ezio has been made official. The demo then shows some nice new combo moves and melee combat to be featured. One of Ezio’s new tricks includes a  smoke distraction that allows him to become hidden and in turn kill the guards in the smoke’s radius. Ezio throws a powerful bomb and destroys the building holding the chain. The presenter then operates a long range flamethrower, destroying all enemy ships in the surrounding area. After making his way throughout the wreckage, he is able to get to a friendly ship for safe passage and that’s where we’re left.