The latest news in the world of video games at Attack of the Fanboy
October 13th, 2015 by Dean James 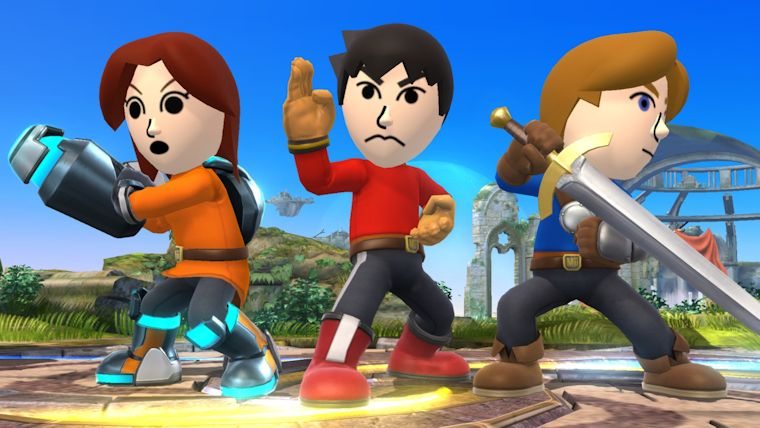 The first wave of amiibo first released just over a year ago, as hard as that may be to believe. Now, with only a few remaining to come from the Super Smash Bros. line, we have gotten news of a group of new retailer exclusives, which also include the first exclusive restocks for a previously non-exclusive amiibo.

November is looking to be a big month for amiibo collectors, as we are finishing off the last of the original roster Super Smash Bros. amiibo with Mii Fighters and Falco. We don’t know anything about Falco being exclusive or anything yet, but the Mii Fighter 3-pack have now been confirmed to be exclusive to one retailer.

The surprising thing is that the Mii Fighters aren’t the only exclusive to Toys R Us this coming month, as we will also be getting two other exclusives, with one being a former non-exclusive that is evidently going to be exclusive in its restock.

Through the Toys R Us Twitter that announced the exclusivity of the Mii Fighter 3 pack, they posted an image with the Mii Fighters and also had two others in shadows that are exclusives, which we can easily make out.

The first of those is Villager, which was actually listed online for a short time the other day, with a mention of exclusivity, but many thought it might be an error. However, this image confirms that is not the case. Some of the talk was that Villager will be in on November 8, but it would make sense for him to be out alongside Animal Crossing: Amiibo Festival on November 13.

The other one in the image is that of Mega Yarn Yoshi. He is set to release on November 15 and this picture seems to show that he is also going to be exclusive.