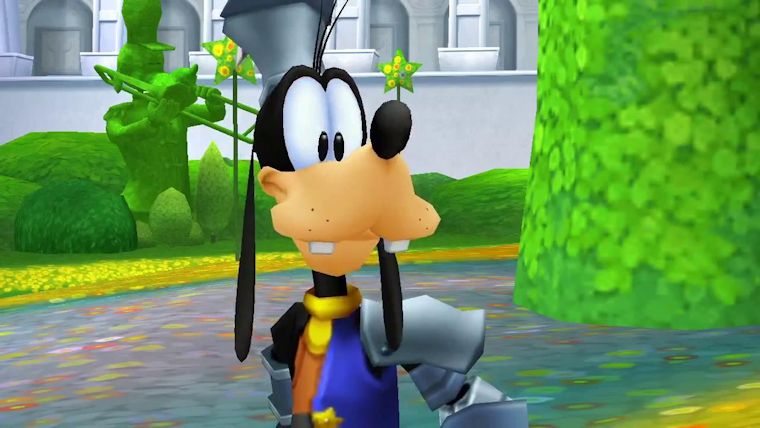 Fans have been dying for the release of Kingdom Hearts 3 for nearly a decade now, with the belief by most that there was no chance we’d see it before 2016, with that even being a best case scenario. However, someone very close to the series has made some very interesting comments that claim the game is coming later this year.

Bill Farmer has been known as the voice of Goofy since around 1987, so much of this generation has grown up with him as the character for their entire lives. With Goofy being part of the main core of three along with Sora and Donald, one would think Farmer would know what he is talking about. That’s what makes these comments all the more interesting.

Not only does he state that the game is coming later this year, but that he is completely done with voice recording for the game. When asked if he had started anything on Kingdom Hearts 3 yet, he responded on his Twitter by saying:

He went on further to say how he was totally done with Goofy and Pluto and didn’t remember specific lines. He also said he hasn’t seen anything visual yet, but sounds pretty confident in what he’s heard about the release date.

Farmer does make sure to say that what he had heard could always change and ended with this tweet on the subject.

I know this news makes me incredibly excited, though I’m pretty sure he may have just been mistaken based on everything the producers have said. However, if we somehow do get the game this year, it quickly has jumped up the list to my most anticipated game of 2015.

Update: While not outright denying that the game could come out in 2015, the Square Enix USA Twitter account made a witty tweet in reference to this situation to say no release date has been announced yet.