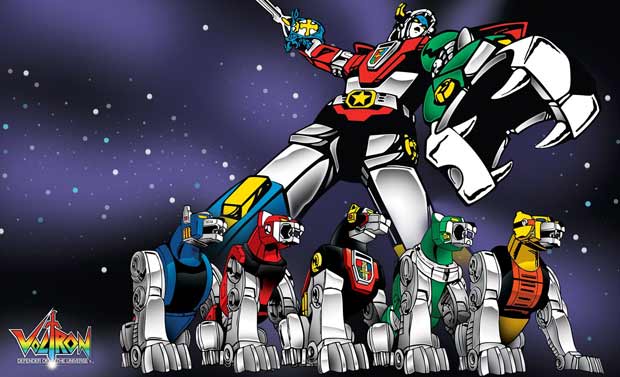 THQ has just announced that they will publish a new game based on the 80’s kids cartoon, Voltron.  This isn’t just a game we must note.  The whole property is getting a reboot.  THQ is handling the game, Mattel is launching a new line of toys, and a new televsision series is coming as well.  Prepare to re-enter the Voltron.  I can’t lie I watched Voltron as a kid.  It was kind of awesome, the robot lions all form together to make a giant Robot. Now will the game be awesome?,I’m gonna go out on a limb and say no.

But it could get quite popular if kids catch on to Voltron fever again, though I have to think it’s highly unlikely considering that kids have the internet, and Voltron is probably considered “for noobs”.  I mean let’s face it, if you are over 8 and you aren’t pwning noobs in CoD over Xbox Live you just aren’t very cool now are you?