The latest news in the world of video games at Attack of the Fanboy
March 14th, 2016 by Scott Grill 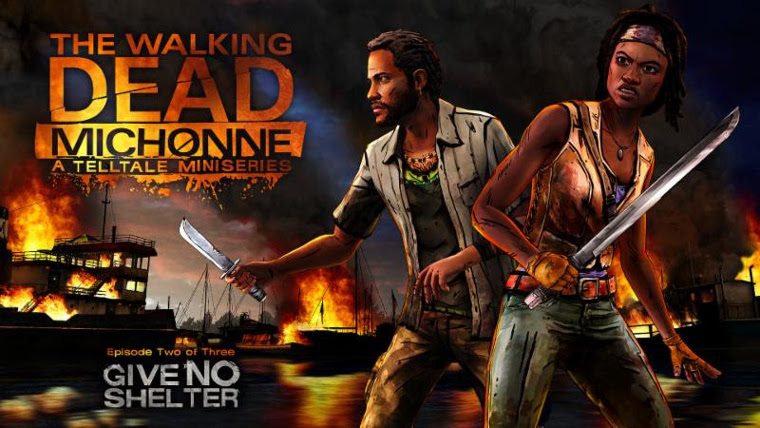 Telltale Games isn’t keeping fans of The Walking Dead: Michonne waiting long for Episode 2. The second entry in the episodic series, Give No Shelter, was dated Monday for PlayStation, Xbox, and PC while player’s choices in the first episode were highlighted in a new video.

The Walking Dead: Michonne – Episode 2: Give No Shelter is set to release Tuesday, March 29 for the PS4, PS3, Xbox One, Xbox 360, and PC. Android and iOS devices are in the mix as well for the choice-and-consequences adventure title with cumbersome name.

The mini-series covers what the namesake star was doing between The Walking Dead issues No. 126 and No. 139 when she separated from Rick, Carl, and the rest of the group. The first episode revealed Michonne to be hallucinating over the grief of her past as her and a new friend found their way to a floating colony. However, they soon discover humans to be even more dangerous than hordes of zombies, as is want to happen in the franchise.

In Episode 2, Give No Shelter, a daring escape from the floating colony of Monroe sees Michonne, Pete, and Sam running for their lives. An all too brief reprieve is soon shattered; the leaders of Monroe don’t forgive and don’t forget. With memories of her daughters bleeding ever further into Michonne’s blurred reality, her world is becoming increasingly fractured… just at the point when she’ll need all of her skills to survive.

Meanwhile, the “Your Choice” video released for The Walking Dead: Michonne – Episode 1 showed players with an overwhelming will to live yet not afraid to steal or to stand up for Michonne’s friends even if it means putting her life in danger. That’s as deep as I’m willing to go without getting too much into spoilers, but you can check out the video below for the details.