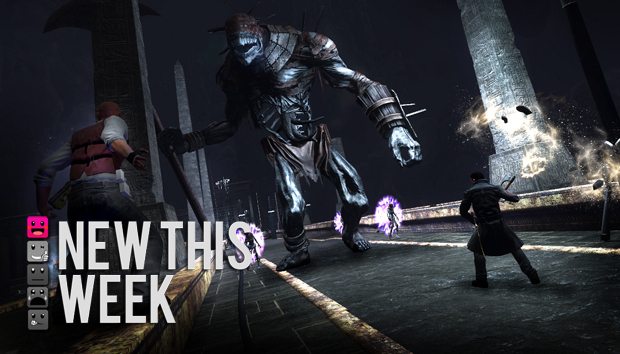 The Secret World – PC – Imagine if every myth, conspiracy theory and urban legend was true. Imagine a world where you can become anything you want to be, without restrictions such as classes or levels. This is the premise for The Secret World, Funcom’s upcoming massively multiplayer online game set in the modern-day real world.

Test Drive Ferrari Legends – Xbox 360, PlayStation 3 – In the racing world, one name is synonymous with speed, agility and perfection. One name crossed the boundary between automobile and Legend. The fine-tuned mechanics, groundbreaking design and blistering speeds of one of the world’s most coveted cars are yours to experience when you take the ultimate Test Drive in a fully souped-up, race-ready Ferrari.

Spelunky – Xbox 360 – Spelunky is a unique platformer with randomized levels that offer a new and challenging experience each time you play! Journey deep underground and explore fantastic places filled with monsters, traps, and treasure. Fully-destructible environments open up lots of strategies and make it a blast to master the game’s many secrets.

Bellator MMA Onslaught – Xbox 360, PlayStation 3 –  It is a first of its kind, a fast paced arcade style MMA fighting game with easy to understand controls that enable players to quickly master the clinch and ground game. Design your own fighter and compete both online or locally against other players’ creations and the best fighters Bellator has to offer to level your fighter, master MMA techniques, unlock moves, earn belts and climb to the top of the world rankings.

Max Payne 3: Local Justice Map Pack – Xbox 360, PlayStation 3 – Max takes a job in São Paulo, Brazil, protecting the family of wealthy real estate mogul Rodrigo Branco, in an effort to finally escape his troubled past. But as events spiral out of his control, Max Payne finds himself alone on the streets of an unfamiliar city, desperately searching for the truth and fighting for a way out.

Dungeon Twister – PlayStation 3 – In a fantastic and steampunk world dominated by magic and machines, a powerful mage has captured random adventurers during his travels, and thrown them into his mechanical maze. He is cruel and deceitful, and bored to death. For amusement, he watches his prisoners fight their way through his infernal mechanical maze, the Dungeon Twister.