New This Week in Video Games | The Chief Returns

The latest news in the world of video games at Attack of the Fanboy
November 4th, 2012 by William Schwartz 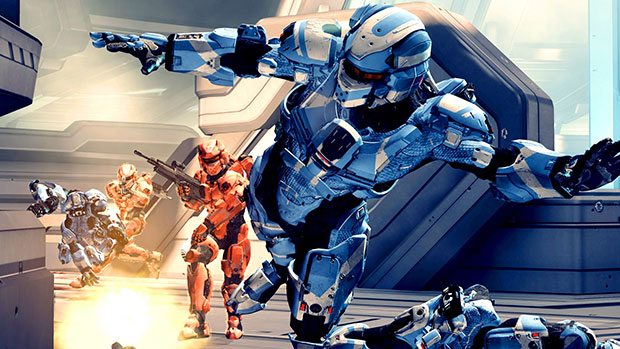 New Video Game releases for the week of November 4th, 2012.

Halo 4 – Xbox 360 – The Master Chief returns to battle an ancient evil bent on vengeance and annihilation. Shipwrecked on a mysterious world, faced with new enemies and deadly technology, the universe will never be the same. Enlist aboard the Infinity to experience Halo’s original multiplayer and Spartan Ops – episodic fiction-based co-op missions.

Mass Effect Trilogy – Xbox 360, PC – The Mass Effect trilogy plunges you into an all-out galactic war to take Earth back from a nearly unstoppable foe – and how you fight that war is entirely up to you. Includes full campaign and downloadable content from the start of the series to the bitter end.

Toejam & Earl – Xbox 360, PlayStation 3 – Join aliens ToeJam and Earl in their adventures across space in this classic journey of two funky aliens, updated for release on Xbox LIVE and PSN. Earn all new achievements, complete challenging new game trials, and take on zany Earthlings with a friend in two player co-op.

LittleBigPlanet Karting – PlayStation 3 – Join Sackboy and Sackgirl on the starting grid for a new kart racing adventure! Fire up your engines, jump behind the steering wheel and take on your friends and foes in breathtakingly unpredictable battles through an ever-changing world of content. In order to save the Craftworld universe, players join a fast-paced karting campaign, filled with intense classic kart racing and ultra-competitive arena battles.

When Vikings Attack – PlayStation 3, PS Vita – In the all-action fighting adventure When Vikings Attack, a battalion of Viking invaders, 1200 years late to the party, are causing havoc in your town! In order to combat them, you form a posse of local citizens — a construction worker, a butcher, a policeman, a pastor, a schoolboy, etc. — and take to the streets together in order to use whatever is on the streets to beat back the invaders. Amass a huge horde and you can work together to rip out phone booths or pick up cars in order to throw massively damaging objects at enemies.

Nascar The Game: Inside Line – Xbox 360, PlayStation 3, Wii – Will your qualification time get you up the field enough to make a real challenge when the green flag drops? Your career spans multiple seasons via the games progressive career mode and includes practice, qualifying and the full race whether in one-player or multi-player modes, including the improved online experience for up to 16 players. Take the wheel in thrilling real-life race moments, reliving the moves of actual NASCAR drivers from the 2012-2013 race seasons.

Portal 2 “In Motion” – PlayStation 3 – Using a highly experimental portal device, you’ll once again face off against a lethally inventive, power-mad A.I. named GLaDOS. And this time you won’t be alone. Meet an expanded cast of characters as you think your way through dangerous, never-before-seen areas of Aperture Laboratories.

Harvest Moon 3D – Nintendo 3DS – Create and care for your farm the way you want it to be with the 15th anniversary of this favorite!