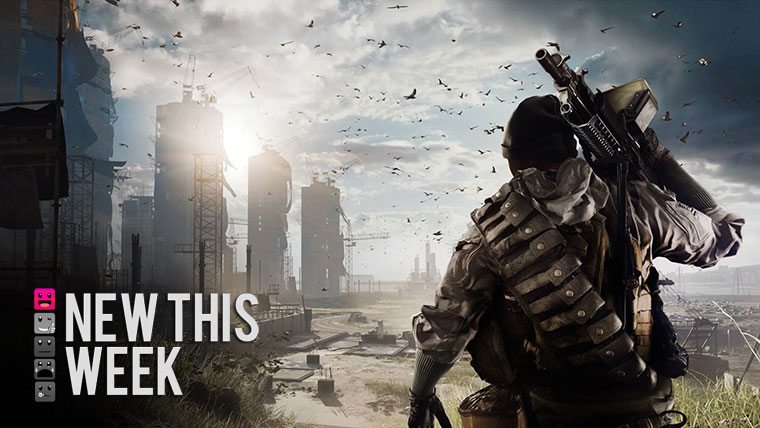 Assassin’s Creed 4: Black Flag – Xbox 360, PlayStation 3, PC, Wii U – It is 1715. Pirates rule the Caribbean and have established a lawless pirate republic. Among these outlaws is a fearsome young captain named Edward Kenway. His exploits earn the respect of pirate legends like Blackbeard, but draw him into an ancient war that may destroy everything the pirates have built.

Battlefield 4 – Xbox 360, PlayStation 3, PC – Battlefield 4 is the genre-defining action blockbuster made from moments that blur the line between game and glory. Fueled by the next-generation power and fidelity of Frostbite 3, Battlefield 4 provides a visceral, dramatic experience unlike any other. Only in Battlefield can you demolish the buildings shielding your enemy. Only in Battlefield will you lead an assault from the back of a gun boat. Battlefield grants you the freedom to do more and be more while playing to your strengths and carving your own path to victory.

Football Manager 2014 – PC/Mac – Play on Linux for the first time, plus the inclusion of ‘cloud-save’ technology which means that managers can now pursue a single career from any computer, anywhere in the world. FM14 also includes integration with Steam Workshop making it easy for managers to create and share customised FM content such as photo/logo packs, new and custom competitions and tailor-made challenges using the new Challenge Editor.

Angry Birds Star Wars – PS Vita, Nintendo 3DS, Wii U, PlayStation 3 – Join an epic adventure with the Angry BirdsTM in the legendary Star Wars® universe, re-mastered for gaming systems! Use the Force, wield your Lightsaber, and blast away Pigtroopers on an intergalactic journey from the deserts of Tatooine to the depths of the Pig Star! Can you become a Jedi Master and restore freedom to the galaxy? May the birds be with you!

WWE 2K14 – Xbox 360, PlayStation 3 – 2K’s lineup of premier sports simulation titles expands with the company’s first release in the flagship WWE videogame franchise, WWE 2K14. The most electrifying, authentic and comprehensive WWE video game experience to date arrives on October 29, 2013. 30 Years of WrestleMania…One Epic Game Hulk Hogan vs. Andre the Giant. The Rock vs Stone Cold Steve Austin. John Cena vs. The Rock. Relive the greatest matches and moments from three decades of the greatest spectacle in all of entertainment. Play through more than 45 prolific matches in an unprecedented single-player campaign celebrating 30 years of WrestleMania.

Gunslugs – PS Vita – Gunslugs is the most chaotic, fun, arcade action game you’ll find on any platform! Non-stop action from the guys behind Meganoid, Meganoid 2 and Stardash !

Beyblade Evolution – Nintendo 3DS – Join Ginka and friends as you learn to handle the power of BEYBLADE and become the ultimate BEYBLADE champion! Based on the best-selling BEYBLADE: Metal Fury TV series and toy range, BEYBLADE: Evolution lets you create your very own BEYBLADE just like the toy range. Along the way, you will encounter familiar faces from the TV series, including Ginka and Ryuga, who will challenge and train you to become a stronger blader.

Master Reboot – PC – Master Reboot is a haunting first person sci-fi adventure horror game set inside the Soul Cloud. It’s an exploration game with action and puzzle elements set across 34 unique environments. In the not-too-distant future exists the Soul Cloud, a giant server that holds the data of your soul and your memories when you die.