Westworld Actress Joins The Last of Us Part 2 Cast

The latest news in the world of video games at Attack of the Fanboy
April 7th, 2017 by Kyle Hanson 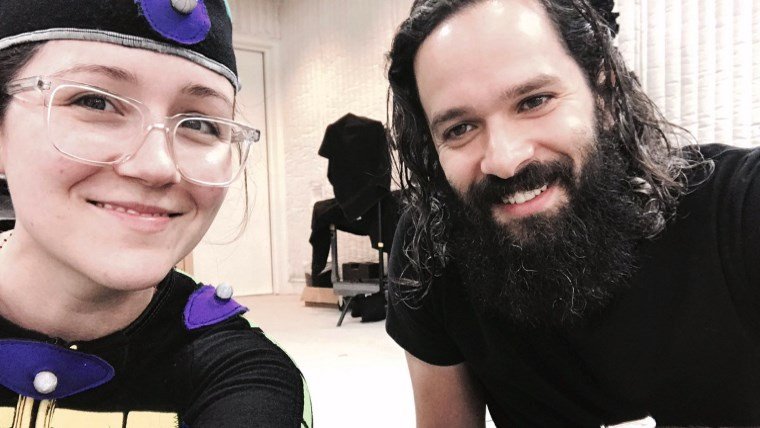 Westworld actress Shannon Woodward is doing work for The Last of Us Part 2 according to a tweet issued by the actress. Woodward was a big part of the popular HBO show in its first eight episodes, playing the role of Elsie Hughes, one of the scientists working behind the scenes of the “park”. Woodward’s role in The Last of Us Part 2 isn’t clear yet, but the picture shared is of her in motion capture equipment, so expect to see her in the game when it arrives for PS4 some time later.

“I am embarrassingly over-excited here because I’m peaking. Neil Druckmann is letting me act in The Last Of Us:Part II,” reads the tweet. The image featured shows Woodward in her motion capture equipment, with The Last of Us creative director and writer Neil Druckmann. Unfortunately not much else is shared, so we don’t get more info about the story behind The Last of Us Part 2, or the role that Woodward might play.

Woodward also won’t be the first to make the jump from Westworld to The Last of Us Part 2. Along with Druckmann, the game will be written by Halley Gross, who also wrote for the HBO show.

This isn’t the first time we’ve gotten a look behind the scenes of The Last of Us Part 2. Series star Ashley Johnson, who plays Ellie, was also seen preparing for her motion capture session. The game will likely have extensive mo-cap work done, just like its predecessor. The series relies heavily on story content, which requires long sessions of motion capture in order to prepare the high quality cinematic scenes that were featured in the first game.

The Last of Us Part 2 will surely be the same, with developer Naughty Dog always delivering a solid piece of cinematic entertainment. The game will focus more on Ellie this time, with previous protagonist Joel having a very questionable role right now. Aside from a reveal trailer, we have very little info on what to expect from the game right now, but hopefully more is coming soon, possibly at E3 2017.