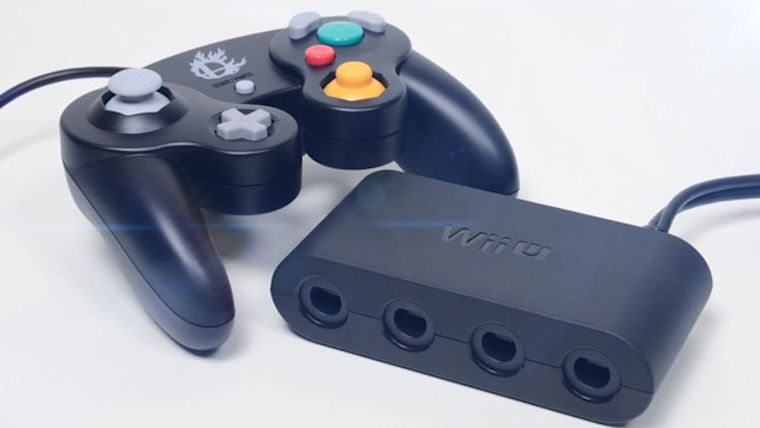 Alongside the release of Super Smash Bros. for Wii U last month came the release of a special adapter for the Wii U that allows players to use their GameCube controllers instead of the variety of native Wii U control schemes. Pretty much right at launch the adapter ran out almost everywhere, and recent rumors had surfaced that the adapter was being discontinued. However, those reports may have been a little premature as it appears that GameStop will be getting a restocking next week.

According to the GameStop website, the Wii U GameCube adapter will be back in stock at GameStop starting next Monday, December 15. There is no indication on if this will be a short run or if every store will even get some. If you are looking to get one, it would be a good idea to check with your local GameStop in advance or on the day of to see if you can grab one.

Considering the prices on eBay for this GameCube adapter, it would be a good idea to try and get one as soon as possible. We do not know if this is a full restocking at other retailers, like Best Buy, or exclusive to GameStop yet, but hopefully more information will come out this week.

Update: The GameStop website has now removed the date it had listed of December 15, so it’s not looking good for online orders. Make sure to check back later today to see if anything has changed, as the date may have just been removed due to being the day of now. Make sure to comment below if you by chance are able to acquire one in-stores to help out everyone else that is looking for them.