If you’re old, you probably don’t work for Sony 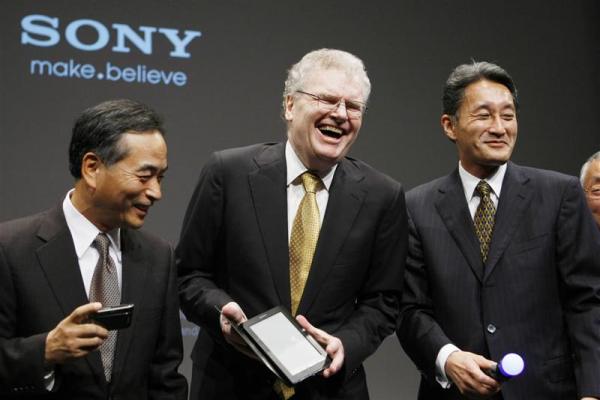 There are a multitude of ways to get fired from the corporate environment. You might slip one day and call your boss a “money-grubbing bastard” or get caught staring aimlessly at your computer screen that clearly has some NSFW material on it. You may even get busted for that scam allowing you to slowly steal company profits for over a decade, in which case you wouldn’t have to worry about finding another job, mainly because you’d likely be incarcerated. Over at Sony however, these reasons for getting canned are all-too complex. If you work for Sony and have a 60th birthday coming up, you might be sent packing on those very grounds alone.

According to an article in the Japanese magazine, Sentaku, Sony has apparently been employing an “underhanded” corporate restructuring strategy for years, particularly within the area of manufacturing and development, as the company reportedly wants to focus primarily on software and network business.

As a result of Sony outsourcing manufacturing production to China, the company has laid out a massive firing process that includes heavily strengthening its early retirement program. In other words, old-timers and even younger workers thought to be under-performing get the boot. The article stated that Sony’s personnel department is separating such employees by different categories which include “candidate for retraining,” “candidate for administrative leave,” “candidate for an occupational change,” and “candidate for simple desk work.” These categories file possible cuts into different categories, but if you find yourself in one, it essentially means you’ll have to commence resume building ASAP.

The article additionally states that a Sony personnel department source has said that the company is even using company-employed doctors to target those for early retirement by using mental health conditions to help force workers into a permanent leave of absence or recommend that they retire early in an effort to not worsen their condition. Yeah, “underhanded” is an understatement.

It was announced that Sony President and CEO Howard Stringer would step down from his position and would be replaced Kaz Hirai, effective as of yesterday, April 1st. Hirai has been actively involved in the PlayStation division of Sony and is often credited with saving the PS3 console from certain “bust” status following its less than impressive launch back in 2006. Since then, the Sony has seen the PS3 make leaps and bounds in terms of market share and profitability, indeed making it a successful financial endeavor.

Sony now hopes that Hirai will have similar success with the company as a whole. How will he go about doing it? According to the Sentaku article, it’ll be by giving his best Donald Trump, “You’re Fired” impersonation.