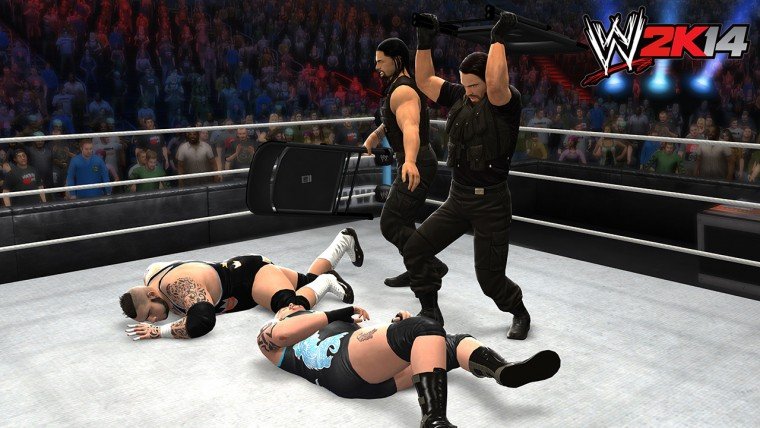 Wrestlers have received royalty checks for their inclusion for being in WWE 2K14 last year. It’s being said payments are very low compared to previous years.

The Wrestling Observer (via Wrestlezone) reports royalty checks for this year have been pretty low. For the first quarter, top wrestlers usually got around $70,000. This year however, it was only around $11,700. During the past week, second quarter payments were issued out. It was only $1,555, even for the top guys.

Whether or not this is directly because of the sales for WWE 2K14 is not known yet. Mick Foley has said earlier this year he had no intentions of being in WWE 2K15. His stand was like a “protest” so that the other wrestlers should get paid more for their inclusion in the games each year.

WWE 2K14 featured a lot of legends as it was celebrating the 30 years of WrestleMania. WWE 2K15’s theme is still unknown and the only legend confirmed so far has been Hulk Hogan. It’s speculated WWE’s deal with Take Two isn’t as lucrative as they had with THQ. It could also mean WWE 2K14’s sales weren’t as high as anticipated. After all, it came a few weeks prior to the release of the PS4 and Xbox One launches.