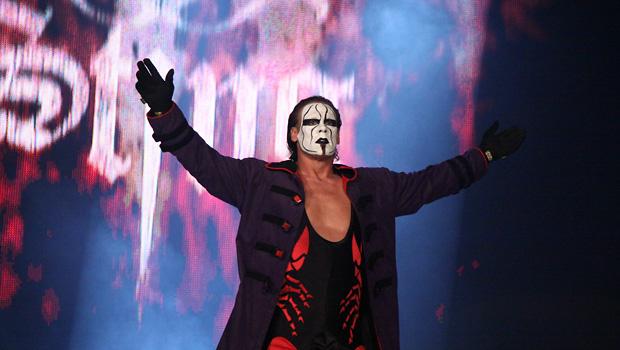 After months of speculation, 2K Sports has finally officially confirmed Sting will be a part of the WWE 2K15 roster.

Many other outlets reported Sting would be in WWE 2K15, although this is the first official confirmation of his involvement in the game from 2K itself. As expected, he is the huge pre-order bonus that fans will get when buying WWE 2K15. This is the same kind of deal Ultimate Warrior did last year when he was the pre-order bonus for WWE 2K14.

This is also the first type of confirmation Sting has signed a legends deal with WWE. Sting has been the most famous wrestler to have never done any business with Vince McMahon. Now that a deal has been made, we now await the time he actually appears inside an actual WWE ring.

Fans can now come up with many dream matches that could happen in the future if he chooses to wrestle again. The one match everyone wants to see is Sting vs. Undertaker. Hopefully these two can go at it next year at WrestleMania 31 in real-life.

The trailer was shown at Raw to everyone’s excitement and amazement. I’m sure 2K will be receiving a lot of pre-orders for WWE 2K15 this week because of this one blockbuster announcement.