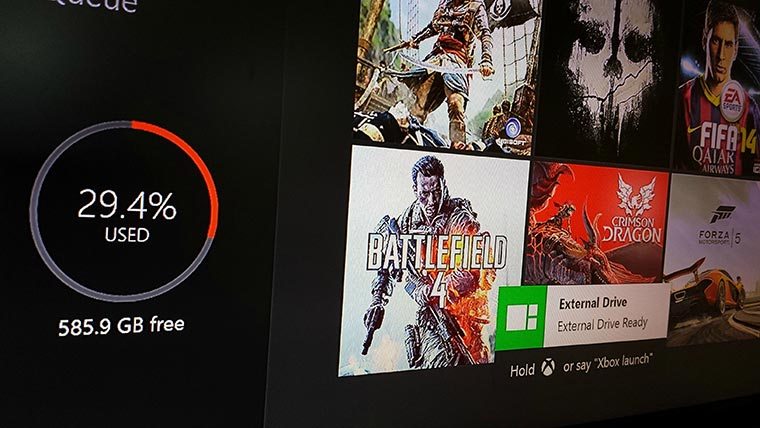 Seen in the image above, you can see that the image clearly shows an Xbox One notification claiming that an external drive has been attached to the console.  Support for external hard drives shouldn’t come as a huge surprise for those paying close attention to Microsoft in the past few months as they’ve hinted at the possibility of adding more storage space in the past.

There are no details at this time as to what types of drives will be supported, and whether these are going to be proprietary drives from Microsoft themselves, which have traditionally had exorbitant price tags associated with them.