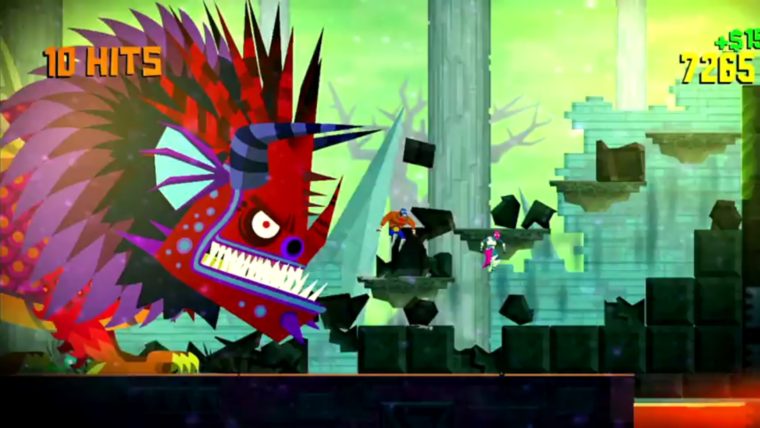 Just last week, we learned what the lineup for the month of July would be for Xbox Live’s Games with Gold promotion. Prior to June, we always got two Xbox 360 games for the first year of the promotion. However, that changed in June with the offering of a third bonus game for Xbox 360, as well as two Xbox One games.

With it being the beginning of a new month, July, we have our new batch of games, but at this point we only have two new ones available to download, one on each Xbox platform. Guacamelee! Super Turbo Championship Edition is a brand new game for the Xbox One and is available for free all month to Xbox Live Gold subscribers. Unlike most games, this will actually not be available until tomorrow, July 2, since it actually releases on that day. This is joined by the exact same game from last month, Max: The Curse of Brotherhood, which basically means Guacamelee has replaced Halo: Spartan Assault on Xbox One.

On Xbox 360, the one new game is Gotham City Imposters, which is an arcade game that typically retails for $14.99. This isn’t a major savings, but still something nonetheless. As previously announced, BattleBlock Theater will replace Gotham City Imposters starting on July 16, so don’t forget to download the former before it is taken down. Guacamelee! Super Turbo Championship Edition and Max: The Curse of Brotherhood will be available through the end of the month, with the possibility of one being carried over happening again based on this month.