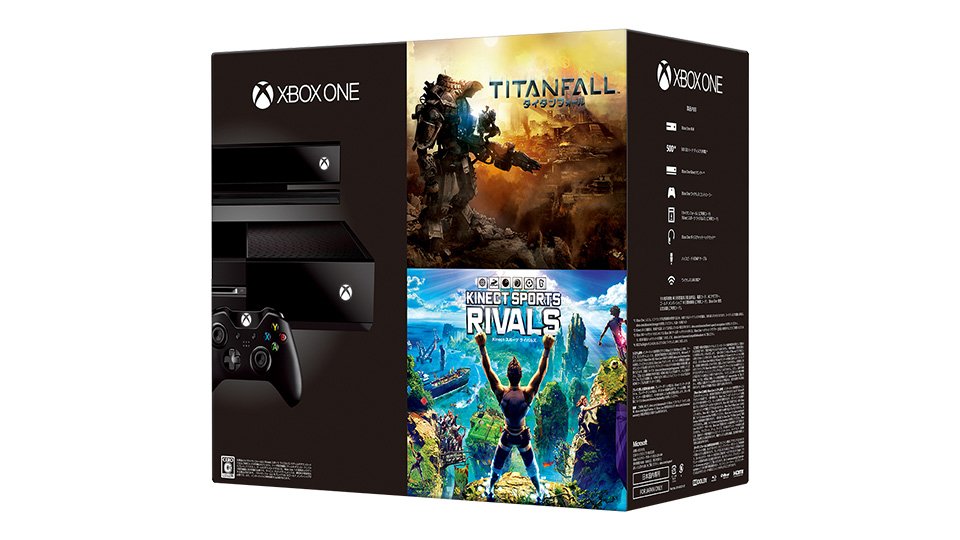 The Xbox One launched in the US, along with some other regions, last November with a decent but not spectacular launch lineup. With a Japanese release date set for Japan, the official Xbox website in Japan has posted about the Day One bundle that will be coming at the launch of the platform, which is certainly better than any current one we have in the US right now.

In this special Day One bundle, you will not only get the Xbox One console, complete with Kinect, but you will also receive Titanfall and Kinect Sports Rivals completely free as well. This not only gives you the console, but two retail games to play with after the fact.

Currently, Kinect Sports Rivals is set to retail for 6,900 yen and Titanfall is likely to retail for the same based on them having the same MSRP in the US right now. This translates to about $138 total, so that is incredible savings on top of the cost of the Day One system.

This is most likely due to the fact that Microsoft has had a terrible time selling their Xbox consoles in Japan in the past. This is certainly a major incentive to try and get them to dive in this early in the console cycle, especially with the PlayStation 4 launch earlier this year in the country.

If you are in Japan and are interested, pre-orders for this Day One Edition will start on June 21, with the console scheduled to be released on September 4. The console of course will have a non-Kinect bundle, but no special Day One edition has been announced yet at this time.