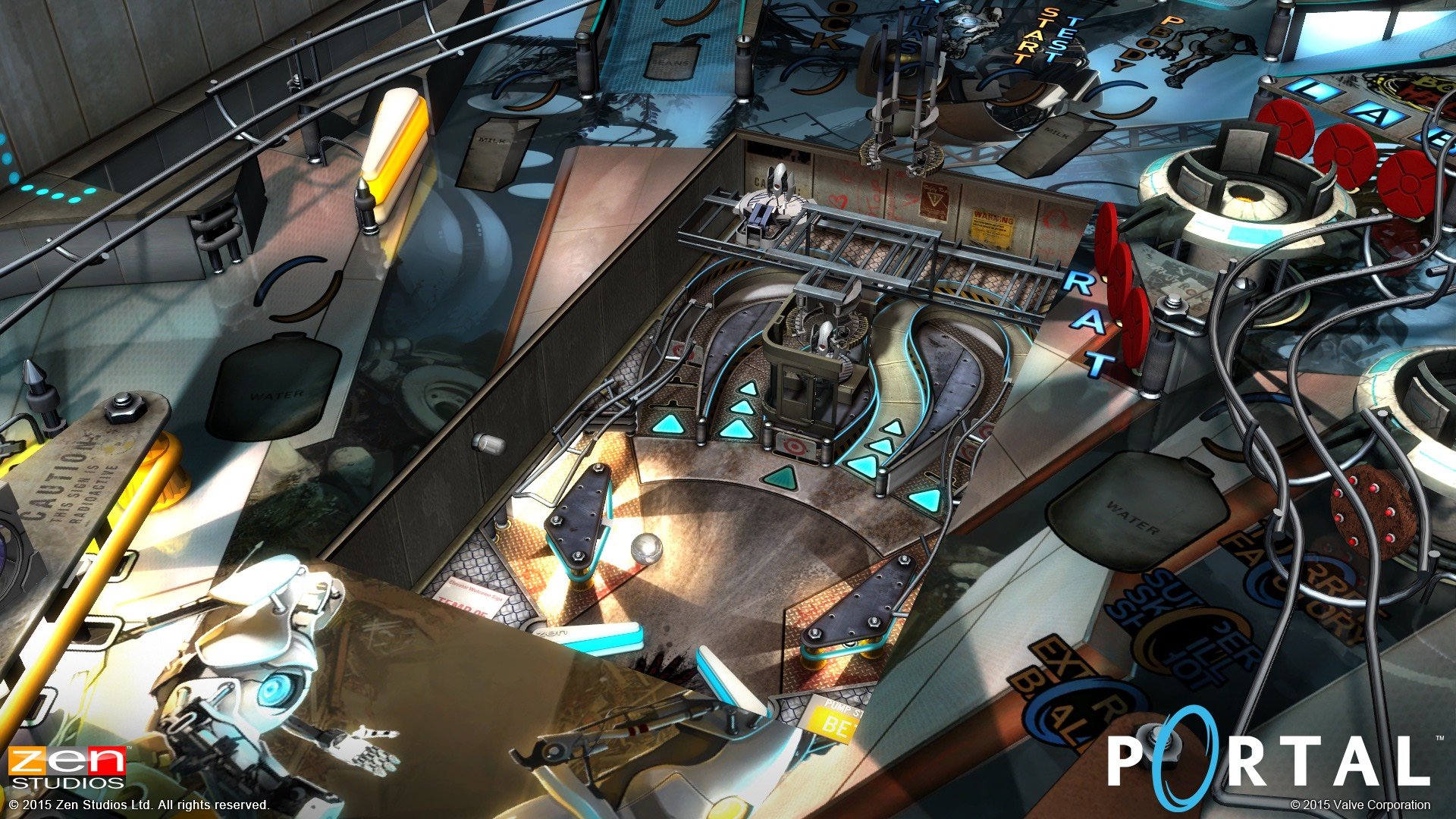 Burn your lemons and get ready to do science because a Portal themed pinball table is coming to Zen Pinball later this month.

The new pinball table will feature characters from the popular Valve produced series, including Chell, Wheatley, and GLaDOS. The pinball table, which is called the “Aperture Science Heuristic Portal Pinball Device”, will be available for all pinball platforms including Zen Pinball 2 and Pinball FX2. The Portal pinball table will be available on PC, Mac and consoles for $2.99 and mobile platforms for the low price of $1.99. Zen Studios has been teasing the team-up for a week or so now via Twitter. Zen Studios continues to release a wide array of tables for fans be it Star Wars, Portal, or Marvel, they pretty much have everyone covered.

From what we’ve seen so far, the table will heavily resemble scenes from the second game and will utilize the blue and orange portal dynamic extensively. Hopefully, it will have all the nuances of the series that fans are used to. Most importantly, my companion cube. Get ready to get your pinball on with the new table, which will be available for download May 25th.