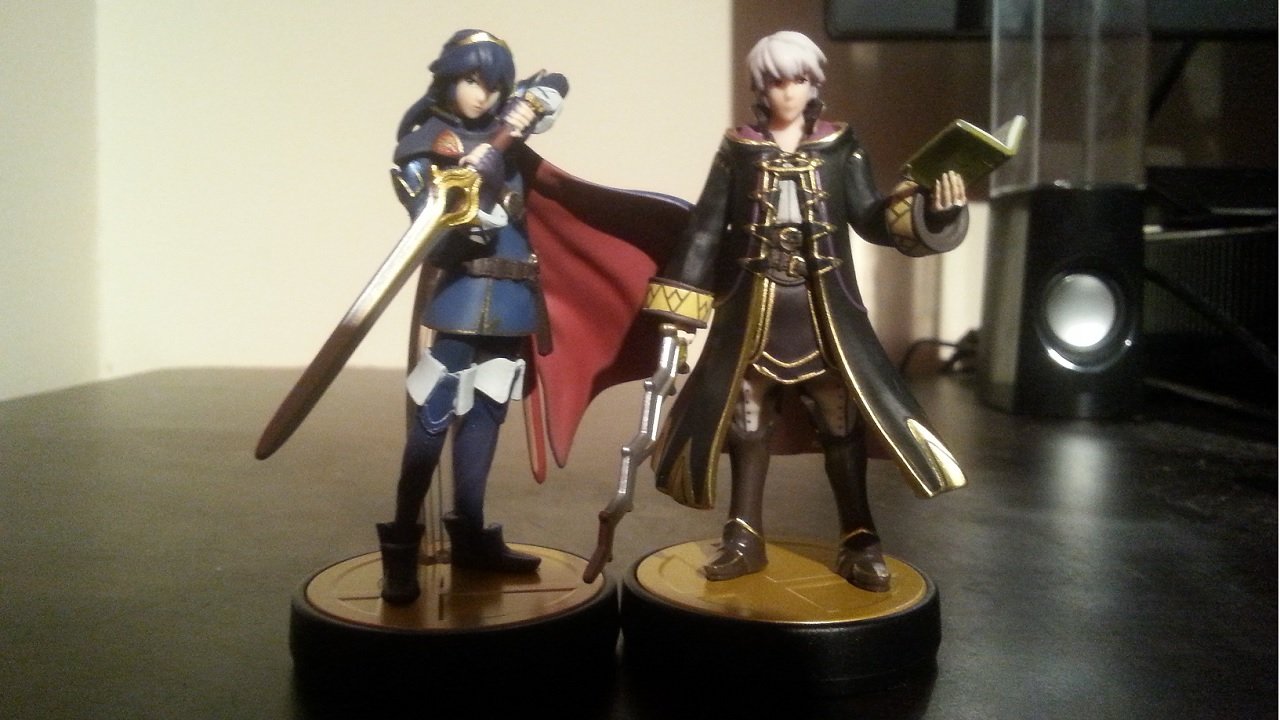 EB Games Australia picked a strange day to release the first part of their upcoming wave of Amiibo: April 25th. It’s a major Australian holiday, the centenary of a major holiday, much like November 11 is in many parts of the world. Regardless, I sailed forth and picked up a pair of them. American shipping strikes recently and rumors of UK preorders being cancelled means that I couldn’t afford to not, but it was neither of these that nearly stopped me. Recent flooding almost prevented the delivery of stock entirely.

Depending on your choices and customization in Fire Emblem Awakening, Robin and Lucina’s relationship varies. By default they’re good friends and loyal comrades, but a male Robin can wed Lucina, while a female Robin can become her mother. If something about that sounds a little off to you, it’s okay! Lucina comes from the future.

In the latest Super Smash Bros., they act more like a student and mentor. This makes sense, as Robin is a tactician and strategist by trade, and feels like a callback to the first Fire Emblem relased outside of Japan, where the player stood in the shoes of a silent protagonist tactician, who had a similar dynamic with one of the game’s other leads. 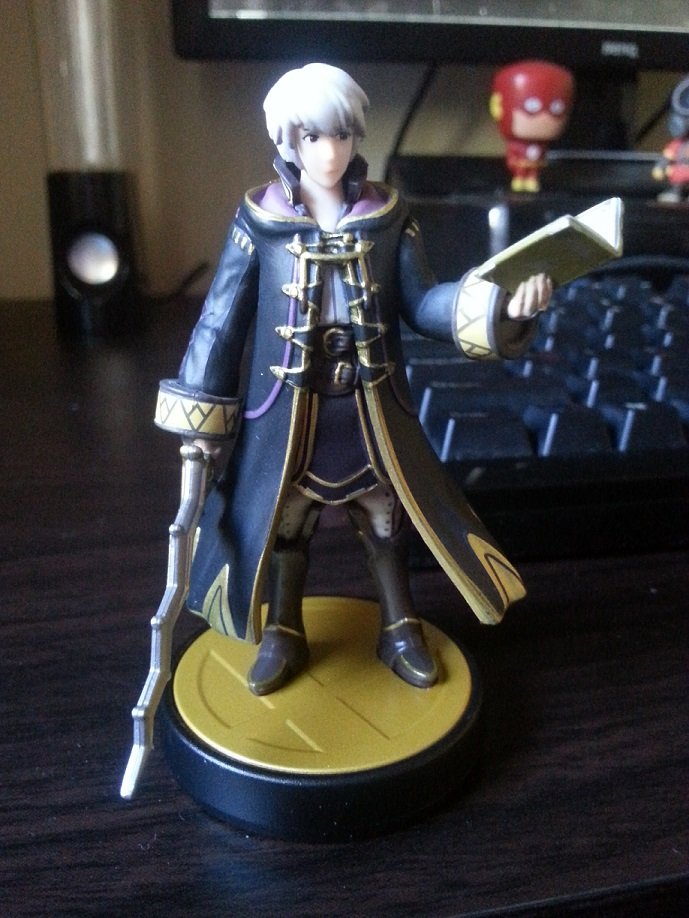 Nintendo have put an impressive amount of detail into a figure that’s only three inches tall. Fron the front, Robin’s hair looks a little too big for his head. The belts, which are properly buckled and have visible beltholes, are a great touch. 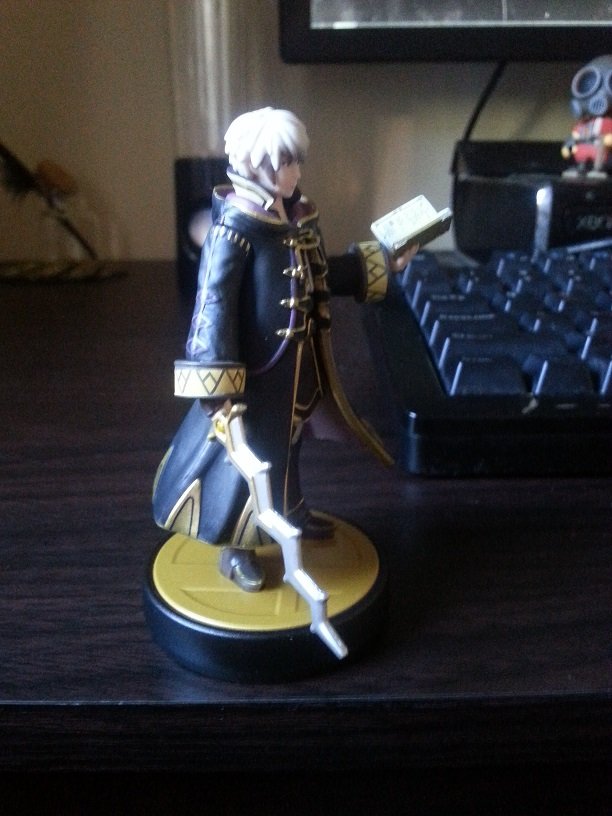 Robin’s Levin Sword is on display here — the weapon he uses when executing a Smash Attack. It’s hard to make out due to the light, but his tome is printed to look like it has writing in it! The tome’s opposite page has a magic sigil on it. The eyes along his sleeve are an early giveaway of a key plot detail in Fire Emblem Awakening, so it’s nice to see them represented faithfully. Also of note is the popped collar that this angle emphasizes. 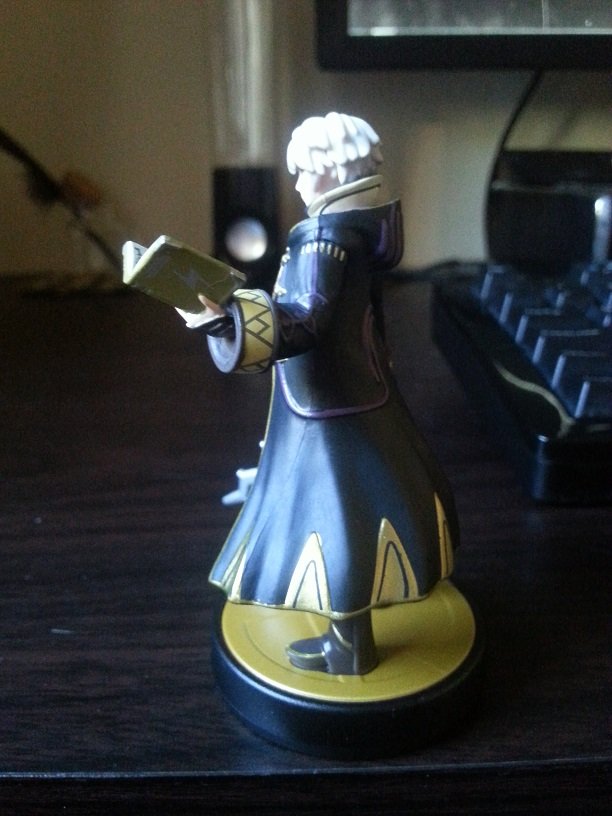 We get a clear look at the Thunder tome Robin wields here. In Super Smash Bros., Robin’s neutral B charges and unleashes progressively more powerful spells. There’s a glimpse of leather bracers on his hands, but it’s covered by one of the only shortcuts I’ve seen from the Amiibo line: his sleeve is filled in. 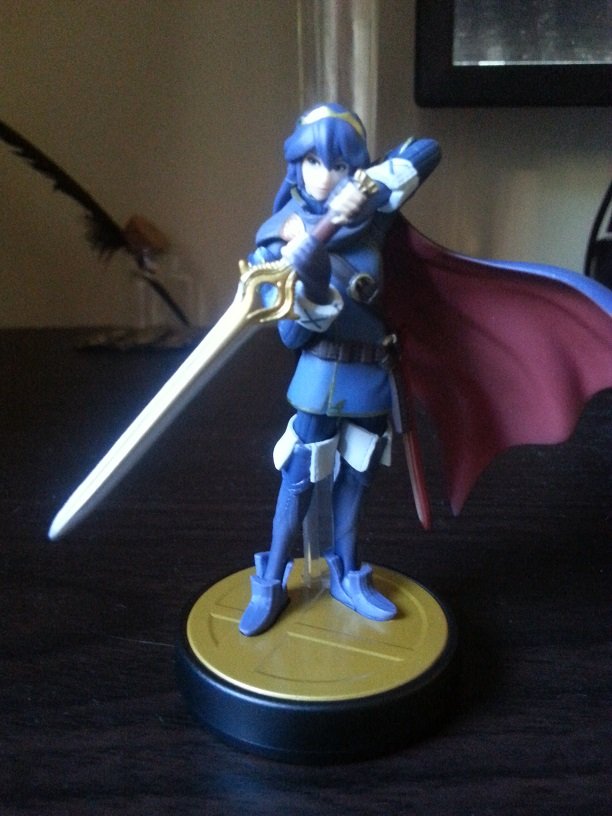 Lucina’s looking great, possibly even better than she does in-game — her eyes have color in them. I’d be excited to see a variant of her or Marth that has the mask and hair she does while disguised as him. Her sword, Falchion, is especially impressive when it comes to minute details. My smartphone’s camera is failing to do it full justice here. 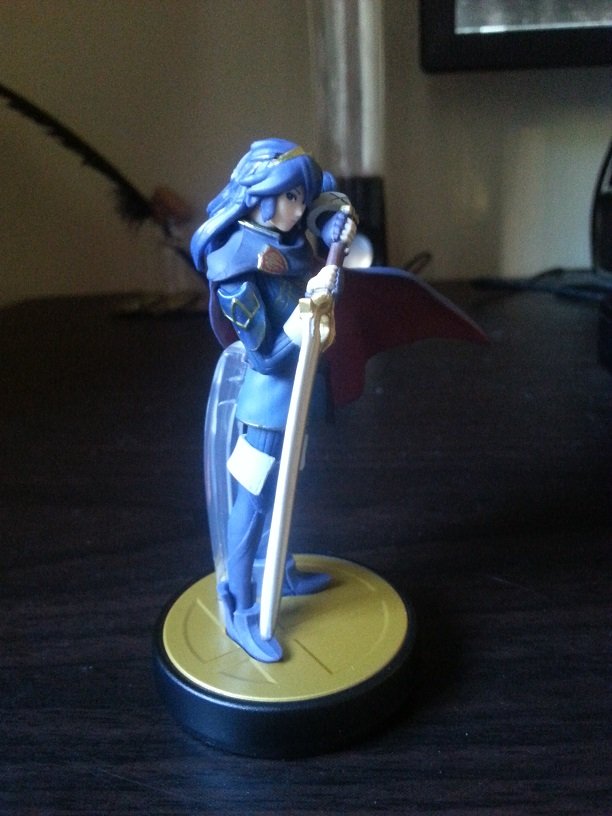 With a cape that billows so majestically, this amiibo was born to be posed on its side. The armored plate — a rerebrace? Pauldron? — is textured nicely. Being not quite as sturdy as Robin’s amiibo is, Lucina’s supported by a piece of transparent plastic attached to her lower back. It might be a necessary evil, but it feels like an intrusive one. Lucina’s hair is chunky and detailed in a very anime-like manner. This is only fitting, considering how heavily Fire Emblem‘s character design has been influenced by changing trends in anime over the years. 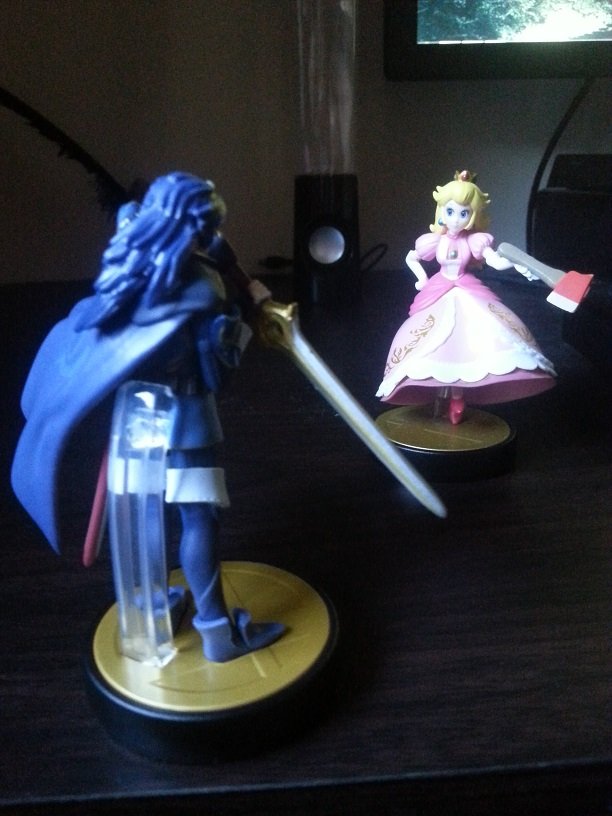 Here, she stares down her blood-crazed foe. Luckily for her, swords have the advantage over axes in Fire Emblem. My high-level Peach amiibo still managed to beat her soundly. If you look carefully at Lucina’s cape, you can see a faint symbol carved onto it — the Mark of the Exalt, a symbol of her country’s royal family.

Both amiibo look fantastic in the flesh. The faint quibbles about each are outweighed by the overall impression to detail. Setting them up on the 3DS was no fuss at all, and they’ve spent the time I was writing this article battling each other as well as my other amiibo. Overall, a worthwhile purchase.