The Legend of Zelda: Breath of the Wild Expansion Pass DLC Pack 1 Details Have Been Unveiled

The latest news in the world of video games at Attack of the Fanboy
May 2nd, 2017 by Dean James 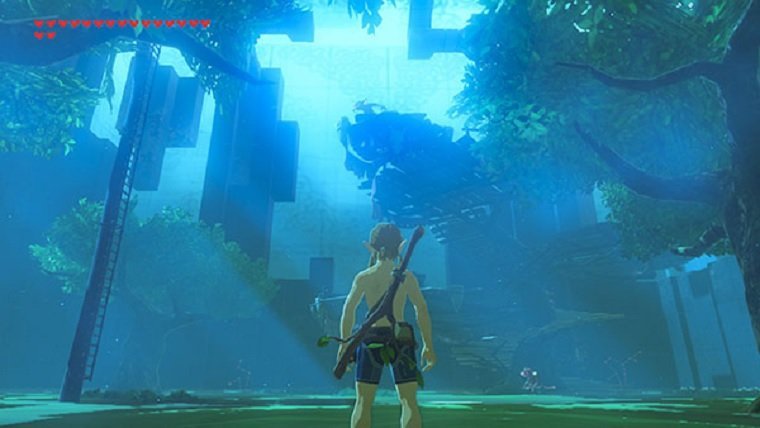 Even prior to the release of The Legend of Zelda: Breath of the Wild in early March around the world, Nintendo announced what is known as an Expansion Pass for the game, essentially a season pass. This pass would include two different packs that were vaguely detailed at that time, but now they have officially revealed just what you can expect to find in the first DLC pack that will be coming sometime this summer.

This announcement was made via the official Legend of Zelda website that gave a breakdown of what we will be getting in the first pack for the expansion pass. First of all, the pack will include what is known as the Trial of the Sword challenge. It says this will be started by reaching a sacred location, so it sounds like it will be similar to the other challenges in the game in that way. This trial starts with Link having no equipment or weapons and Link will be able to advance to the next room after defeating all the enemies in that room first. After clearing the trial, which has about 45 rooms total, the true power of the Master Sword will be awakened, which it says means it will keep its glowing powered-up state at all times while usable.

Hero’s Path Mode will also be added and will show the path that Link has walked for the last 200 hours of gameplay. This allows you to see where you’ve explored and what areas you’ve visited the most, perhaps leading you to new locations you’ve never found before. This will definitely be useful for those trying to find Korok Seeds and need a way to see where they have been before.

It was revealed previously that DLC pack 1 would have a Hard Mode in it, but now we know exactly what that entails. In Hard Mode, enemies will regain health and will also be powered up by one level higher than they were in the regular game. In addition, some enemies will have higher maximum levels than before.

Also coming in DLC pack 1 for The Legend of Zelda: Breath of the Wild are a number of special treasure chests out in the wild that hold special items. One of these is the Travel Medallion, which lets you register your location on the map and then be able to fast travel to that location in the future. You will be limited to one location at a time though.

Beyond that, there will be some chests with new equipment items, including Majora’s Mask, Midna’s Helmet, and a full Phantom Armor and Tingle costume that are made up of three parts each. Lastly, you will also find a Korok Mask in a chest somewhere that will help you find the elusive Korok Seeds. If wearing this mask, it will shake when a Korok is near, so it should be very helpful.

No release date was given for this first DLC expansion for The Legend of Zelda: Breath of the Wild yet, but they did just put out a new update that added new audio options that you can read about here.

Home / Nintendo / The Legend of Zelda: Breath of the Wild Expansion Pass DLC Pack 1 Details Have Been Unveiled