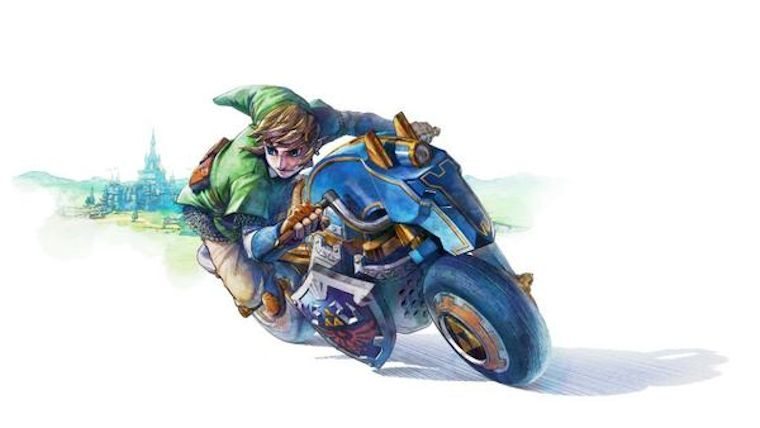 Nintendo has always seemed to shy away from DLC in their first party releases over the years, but that appears to be changing with the latest entry in their kart racing series, Mario Kart 8. We learned awhile back that two DLC packs were coming to the game that would add new racers, karts, and tracks. The most shocking addition was that of Link from The Legend of Zelda, bringing a non-Mario character to the series. Now, Nintendo has revealed that Link is getting a sweet ride of his own in that DLC pack.

Through the official Nintendo of America Twitter account, they have revealed the first vehicle available in the upcoming Mario Kart 8 DLC pack this November:

The Master Cycle looks incredibly slick and perfectly fits in with the Legend of Zelda aesthetic, though quite futuristic for Link. As seen in the image above, Link’s Hylian shield even attaches to the side easily as the Triforce graces the hubcap.

The first of the Mario Kart 8 DLC packs will be coming next month with the following in May 2015 for $7.99 each. However, if you are planning on buying both, the much better deal is to pre-order the two for only $11.99 together.