Assassin’s Creed III Multiplayer to expand into The Revolution 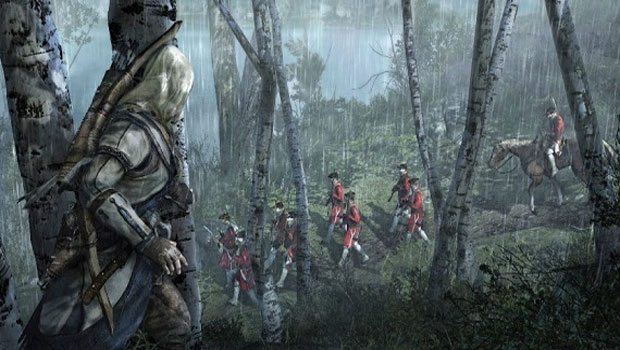 It comes as no surprise that Assassin’s Creed III will feature a multiplayer component in the upcoming sequel.  However, it is reassuring to fans that the same guys/gals that brought you multiplayer in Revelations, will be working on the same components in Assassin’s Creed III.  While unconfirmed by Ubisoft, a recent tweet alludes to the development arm of Ubisoft handling the same business this time around.

Details are slim regarding what to expect from Assassin’s Creed III multiplayer.  A slip up on Xbox.com revealed a potential four-player cooperative mode, but with the standard multiplayer modes having become so popular in the latest renditions, you can be sure to get more of the same.  Which isn’t a bad thing as Ubisoft Annecy has created something unique with the Assassin’s Creed online modes.

Assassin’s Creed III will tell the tale of a new hero set during the American Revolution later this year on the Xbox 360, PlayStation 3, PC, and Wii U.