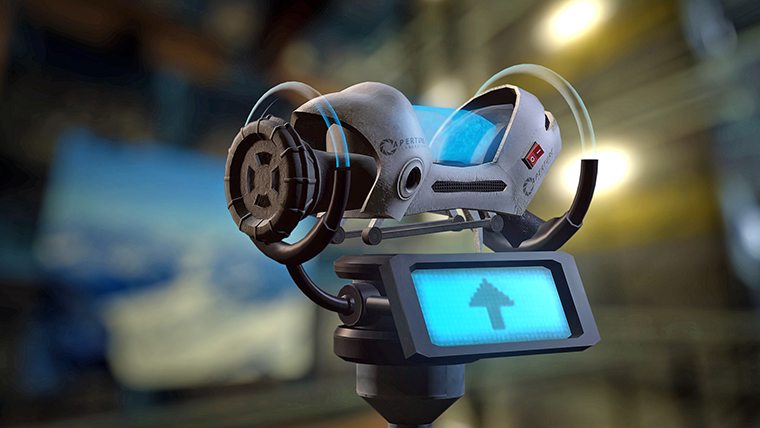 Aperture Tag: The Paint Gun Testing Initiative is a game that was obviously crafted out of love. A fan-made mod for Portal 2, Aperture Tag feels like a lot of care and attention was put into it as the developer tried to carve out their own corner in the Portal universe. While that love helps propel the game ahead of other fan creations, it can’t quite make up for a few missteps along the way.

The best way to sum up Aperture Tag is that it takes the portals out of Portal 2. Substituting a paint gun in place of the famous portal gun, Aperture Tag takes the colored gels from the original game and uses them in a new way. Using your paint gun you can coat almost any surface in either the blue repulsion gel, or orange propulsion gel. The 27 new levels contained in Aperture Tag are built around this gameplay device, demanding that you use the familiar gels in new ways to solve its many puzzles.

By allowing you to create your own gel with the paint gun Aperture Tag frees up the mechanic making it feel fresh and new. But at the same time, the two gels don’t lend themselves to varied play for a long duration. Aperture Tag tries to stretch out its 4-6 hour runtime with a slightly longer than necessary training intro. Considering you must own Portal 2 to even play Aperture Tag, it would have been safe to assume most players knew the basics of the gels. Still, in the end Aperture Tag comes down to only a few basic strategies. The most used will be the path of orange, leading to a blue spot. This allows you to jump long distances, and you will quickly tire of how often you need to use it. 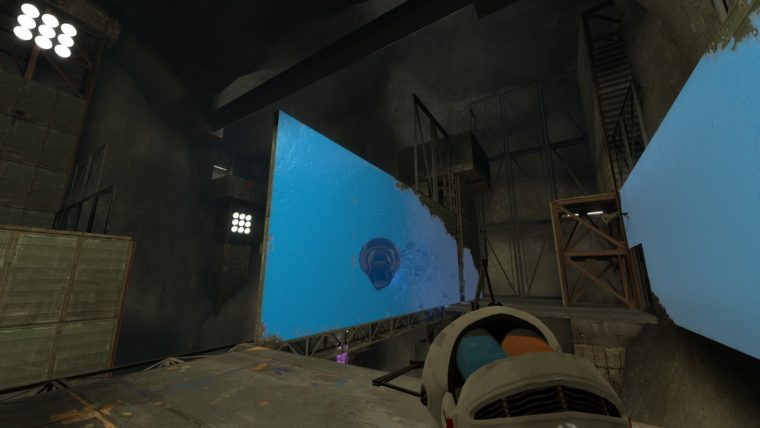 Other strategies involve coating a runway with orange gel, allowing you to “surf” through the level. The first few of these were fun, but ultimately came down to trial and error, which led to frustration. Another puzzle solving strategy is to leave the weighted storage cubes on a switch, then spray it with blue gel to make it fly off. The downside to having this much control over the blue gel is that this also works on the turrets, making them essentially a non-threat throughout the entire game.

In the end though, it just felt like the paint was a far weaker mechanic than the original portals

The game does start to mix things up later on, adding in stationary portals that change up the formula. In the end though, it just felt like the paint was a far weaker mechanic than the original portals. Considering this game comes from a small team of fans, rather than the game development powerhouse that is Valve, it makes sense that the games aren’t really comparable. Still, with tons of fun, and free, fan-made mods for Portal 2 already available, Aperture Tag needs to stand out among the crowd.

It might not fully break away from the multitude of excellent Portal content, but it does put enough of a spin on the formula to warrant consideration. It is also one of the only ones that I know of to contain its own unique story, complete with voice acting. Unfortunately, this too is a stumbling place for Aperture Tag. 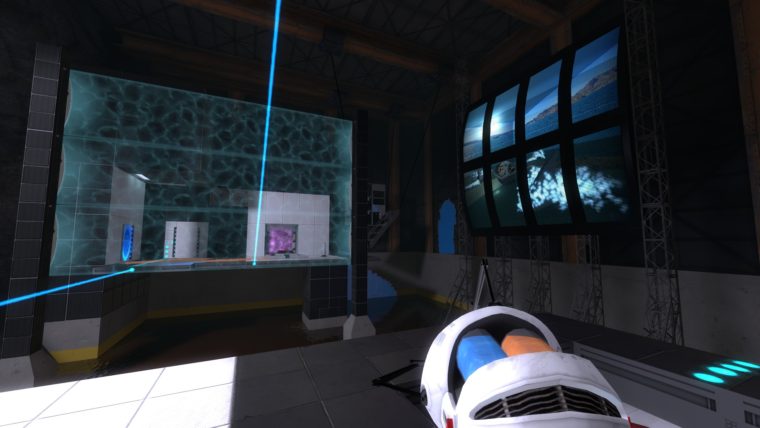 The script feels like it is trying too hard to mimic Valve’s style, throwing in moments of dark humor among the proclamations of how important science is. The story and humor have some really good moments mixed in, but overall it just felt forced and had some spots that made me cringe due to repetitive phrasing and odd vocabulary. It probably could have worked, but the voice actor has the same feeling of putting in 100% effort, while coming up short. Something about the way he pronounced his T’s and TH’s made me want to shut the whole thing off after a while.

Even with these problems Aperture Tag still kept my interest somehow. Maybe I’m just yearning for more Portal, but I kept coming back. I even played through some levels twice just to hear the developer commentary, which adds a lot of interesting information about the modding process and why the developer made the choices they did.

The 27 levels, some of which were recycled from Portal 2 to be solved in a new way, are all well designed and feel Portal-y enough to not be jarring. It just felt like the base mechanic didn’t offer enough variety to sustain a whole game. If the story and voice-acting had been better this would have been the Portal 2 mod to rule them all, but as it stands it is just an interesting diversion that might keep you playing if you’re starving for more Portal.