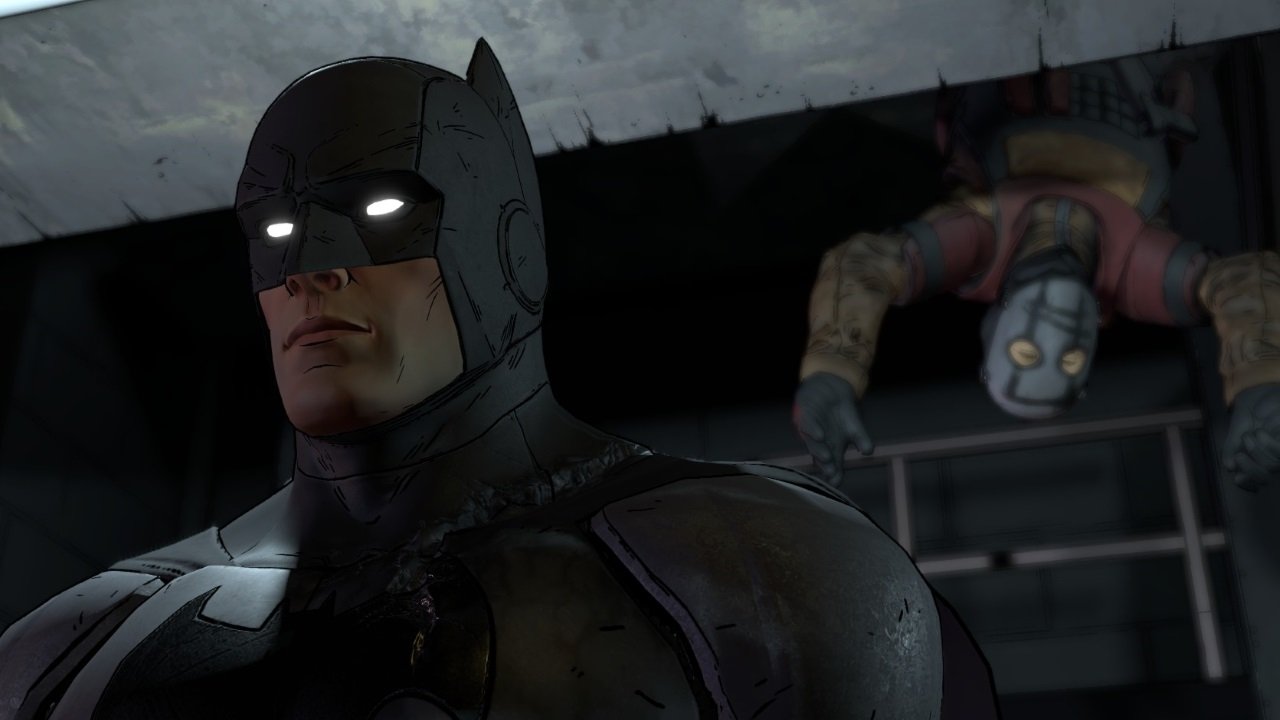 Being episodic, Telltale’s games have a very different structure than most others out there. Whereas most games have you sit down and play the entire thing whenever you want, Telltale has these long stretches of time in between their 1-2 hour long episodes. This leads to some episodes offering up little progress, or feeling incomplete in some way, as they don’t deliver a solid punch. Batman: The Telltale Series – Episode 4 doesn’t suffer too much from this problem. Instead it falls into a few traps of its own, but overall is another enjoyable entry in this surprisingly engaging series.

Batman: The Telltale Series – Episode 4 “Guardian of Gotham” actually starts with a bit of a breather. The series has been ramping up the action and tension, as the Children of Arkham have formulated plans and subsequently had them dashed by Batman. Now, with their leader exposed to Bruce Wayne, you’d possibly expect the action to focus on this storyline. Instead you begin with Bruce locked away in Arkham Asylum. 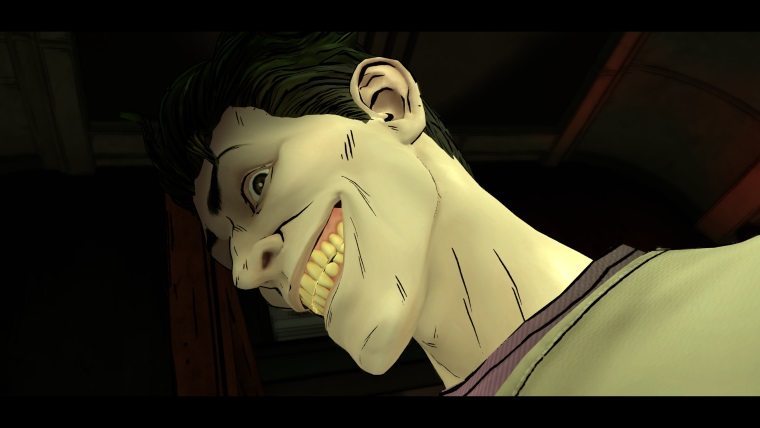 It makes sense given the ending of Episode 3, and it does mix things up in some interesting ways. The highly anticipated introduction of The Joker is also made here, and he is appropriately creepy and intimidating. Don’t expect too much from this story though, as it ends rather suddenly, thrusting the player back into the intrigue and chaos of Gotham proper. Here you find that Penguin and Harvey are the real villains of Batman: The Telltale Series – Episode 4, with the former about to take over your tech and the latter ready to destroy Bruce on a personal level.

Overall Batman: The Telltale Series has been and is looking like it will continue to be a narrative success

It’s an interesting choice to take the narrative so far away from the Children of Arkham storyline. I wouldn’t say that it was a bad choice, but it does make Episode 4 feel a bit less involved in the major throughline of the series. The stuff with Penguin is obviously connected, but it doesn’t actually play too much into the larger parts of the plot, instead feeling like a personal vendetta, more than a plan to take over the whole city.

Harvey Dent, now almost completely turned into Two-Face, is becoming an even bigger threat to Batman and the security of Gotham than the Children of Arkham originally were. This works in a lot of ways, but also feels a bit rushed and forced. A couple of episodes ago you were Harvey’s best buddy. Sure, a lot of stuff has happened since then, but having him shift so hard into bad guy territory is a bit jarring.

I’d say that overall Batman: The Telltale Series has been and is looking like it will continue to be a narrative success. However, I would also say that Telltale might have bit off more than they can chew with this series. Introducing Batman, Catwoman, Two-Face, Penguin, The Joker, a new villain, and a very different backstory for many of these characters is a tall order for a game that will, by its conclusion, have taken about 10 hours. It makes it so that no single part of this feels like a whole. 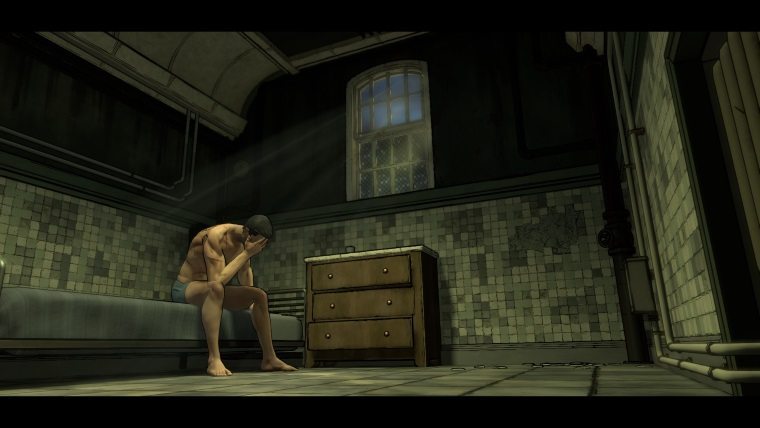 Luckily the writers at Telltale are still some of the best in video games, period. While there are some quibbles to be had with the choices made here, the overall story has been excellent in a number of ways. Focusing in on Bruce Wayne has been a real treat, giving the character a lot to work with, and establishing him as just as important a part as Batman himself. The new villains and the motivations behind their actions are also intriguing, and I can’t wait to see how it all plays out in the finale.

The acting too is top notch, though Joker does feel a bit rough around the edges. This is likely due to the iconic nature of the character, making it so that any new iteration requires some time to get used to. Episode 4 doesn’t really offer this though, rushing him in and ushering him out within the first 20-30 minutes. Perhaps with more time players will grow to love this character just as much as other versions, perhaps in Season 2.

All of this would add up to another extremely solid episode of Batman: The Telltale Series. Unfortunately there is one thing that drags this episode down more than the others. I’ve mentioned before that Telltale games in general, and this one in particular have been suffering from some discomforting technical issues. Some were pretty bad, though they could usually be ignored thanks to the immersive qualities of the game’s story.

Episode 4 crosses this line though, as the technical issues were quite extreme this time. It could be that Batman: The Telltale Series has been releasing on a steady schedule of one episode a month, and things just got crunched this time. It’s tough to say, but the result is that there are major problems with this episode in particular. 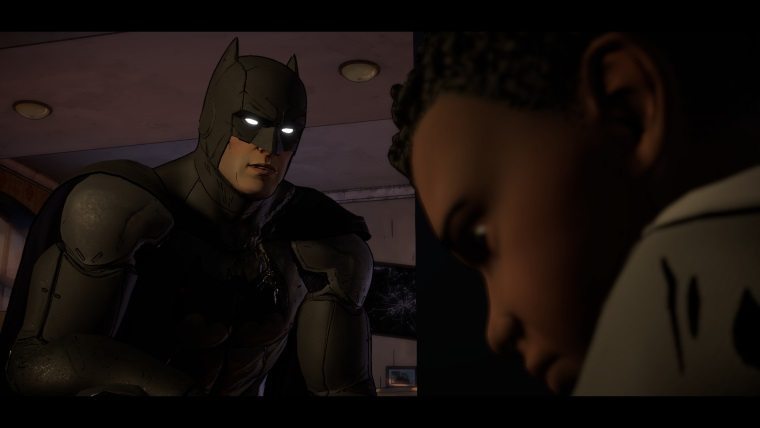 Most seemed sound related, with obvious elements not triggering their sound effects properly. Music was all over the place at times, and there were entire scenes where character’s mouths didn’t move with their dialogue (which confirmed that this wasn’t just something with my headset or PC). It got pretty bad at times, breaking the immersion that these games rely so much on. It’s tough to have a dramatic scene between Batman and a traumatized young boy when Batman is speaking but his mouth doesn’t move at all.

It’s unfortunate, but if you’ve played this far you’re likely used to these sorts of problems. The only reason they’re worth noting this time is that they are much more sever than before. This has a direct impact on the enjoyment that players will get out of the game, so hopefully it isn’t a universal problem and those on other platforms have a better experience.

Batman: The Telltale Series – Episode 4 might take a different narrative path than most players would expect, but overall it works well. While the Children of Arkham story kind of takes a backseat, what is presented here is engaging and fun. It also does a good job of tying up a couple of its many loose ends, and setting up for a climactic finale in the next episode. However, the minor technical issues that have been present since the beginning are massively exacerbated here, to the point that they impact the enjoyment players can have with the game. Perhaps after an update is issued things will get better. Hopefully the final episode is crafted with more care.