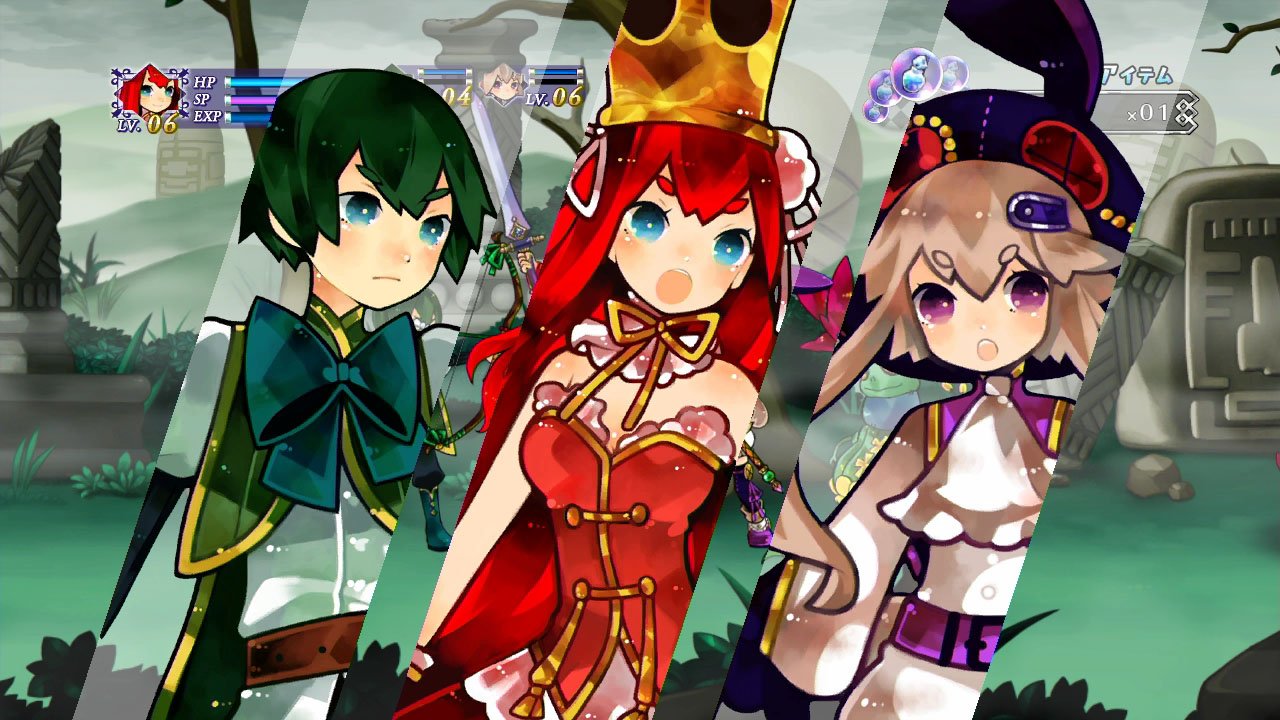 Battle Princess of Arcadias is a very unique RPG that doesn’t follow the conventional means of the genre. This is mainly because it adds not one, but three different combat modes to keep the gameplay somewhat fresh. The game also has a cute appearance and excellent 2D graphics that will charm just about anyone.

The main character of the game is Princess Plume who is not your typical little girl type of princess. Whereas Princess Peach mainly needs saving from Mario all the time, Plume knows how to kick-butt herself as she is very effective with her sword. Plume reminds me of Blossom from the Powerpuff Girls in a lot of ways. They are both have red hair and can hold their own in a fight. Please don’t judge a book by its cover though because it may look like a kid’s game, but Battle Princess of Arcadias is anything but easy.

The first combat style you encounter is the 2D-style beat-em-up.
This is the basic side-scrolling game where you just need to walk forwards and beat up every enemy onscreen. You can use the square button for a normal attack and the triangle button acts is for heavy attacks. Once you fill your special meter, you can press the square and triangle buttons together to unleash your special attack. This special attack can eliminate just about every visible enemy onscreen. It looks pretty cool and isn’t overdone like it can be in other games. The basic combat levels don’t last very long and eliminating enemies are pretty easy as long as you level up properly. 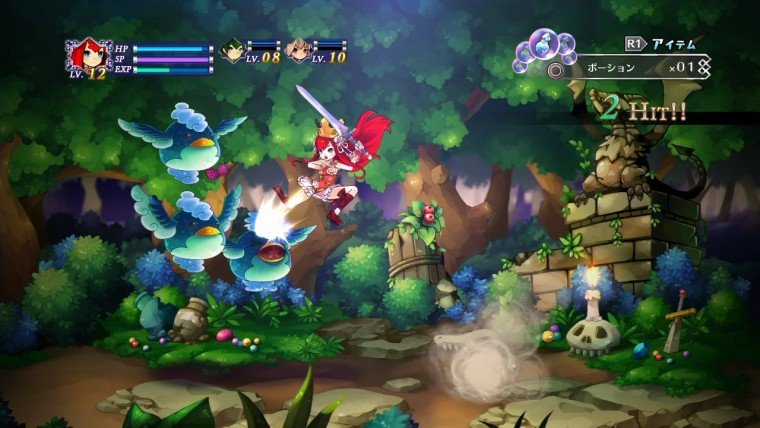 Plume isn’t just alone in this game because you can change to two other characters too that can join your party. Some characters aren’t unlocked until you further advance in the game. In total, there are 10 playable characters but only three of them are allowed to enter a single level at one time. Some of the other characters have other cool weapons other than swords such as axes, spears, a magical staff and more. If you’ve played other RPGs in your life, you will expect similar items and equipment here in this game. You can switch to become another character simply by pressing the R2 button. It’s cool how you can play as another character anytime, as long as their health bar hasn’t depleted yet.

It may look like a kid’s game, but Battle Princess of Arcadias is anything but easy

The 2D side-scrolling battles are the easy part. The two other play styles is where Battle Princess of Arcadia adds more strategy and arguably gets harder. First up, there is the game’s Siege mode. Siege mode is where you have to go up against a huge boss that has a lot of health and big defense. The best thing about Siege mode is that you don’t have to fight the boss or by yourself like other games do. You actually have your own army brigade to aid you in battle. They are not just simple A.I drones either because you can give out commands during battle. If you want them to defend, you can do this by holding R1 and scrolling through to say “defensive formation”. On the flipside, you can tell your brigade forget about defending and go all out and attack the boss instead.

Siege mode is cool, but can be pretty difficult. You only have around 150 allies on your side, but the boss can wipe out a ton of them with only one attack. The game ends when either you or your brigade dies. Even Plume and the other fighters can be vulnerable during boss fights too. Bosses can wipe your health bar a lot just by one attack too. It pays to attack bosses from behind and try to stun them in order to clear Siege mode missions. I remember it took me a while to clear the first Siege mission and that was still a part of the tutorial. 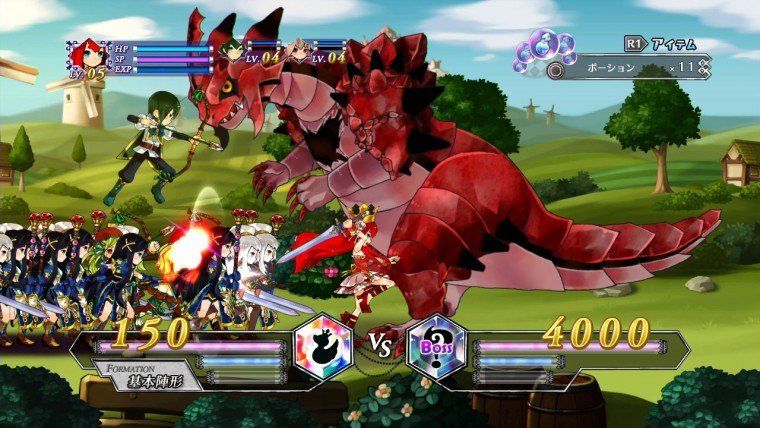 Skirmishes are the third mode in the game and it is arguably even harder than Siege mode bosses. Skirmishes make you control three of your own brigades to go up against three or more enemy brigades. Not only do you have to make sure your own brigade is healthy, but you have to defeat your own enemies yourself all at the same time. The more enemies you can defeat, it will boost the morale of your own brigade. You actually have to train and level up brigades too. If you don’t you will see them get defeated pretty quickly. You can also swap out to up to three different brigades. This can be helpful sometimes, but it all depends how strong they are. Failure to train and level up brigades will mean you will be defeated very easily.

The weird part about Battle Princess of Arcadias is an actual plot or narrative isn’t present. The game doesn’t tell us why these characters are fighting monsters and other kingdoms, they just are for some reason. The only dialogue that happens is when Plume visits her own Kingdom. Here, she can strike a friendly conversation with her allies and others. The voice acting is all in Japanese and sounds pretty cute. It is also here in the Kingdom that Plume can purchase new weapons and items as well as train her soldiers.

Presentation wise, the game has a very cutesy like appearance you would think it would be aimed for little kids. All of the characters look like they’re only 10 years old or so, plus the music sounds upbeat as well. The cartoon-like graphics are bright and colorful and is one of the best 2D visuals I have seen since Dragon’s Crown. As I mentioned before though, Battle Princess of Arcadias is anything but a kid’s game. It may look like a cute game, but it’s a challenging game.

Despite its innocent appearance, Battle Princess of Arcadias has a deep and satisfying combat system that will challenge even RPG veterans. It’s also great to see there are three different modes you can play that keeps the gameplay from getting too repetitive. That being said, the lack of a storyline is a bit disappointing and its difficulty might put off some gamers. Still the game is worth playing if you are into RPGs in general. Just don’t expect the game to be easy.