Do all of your chores. 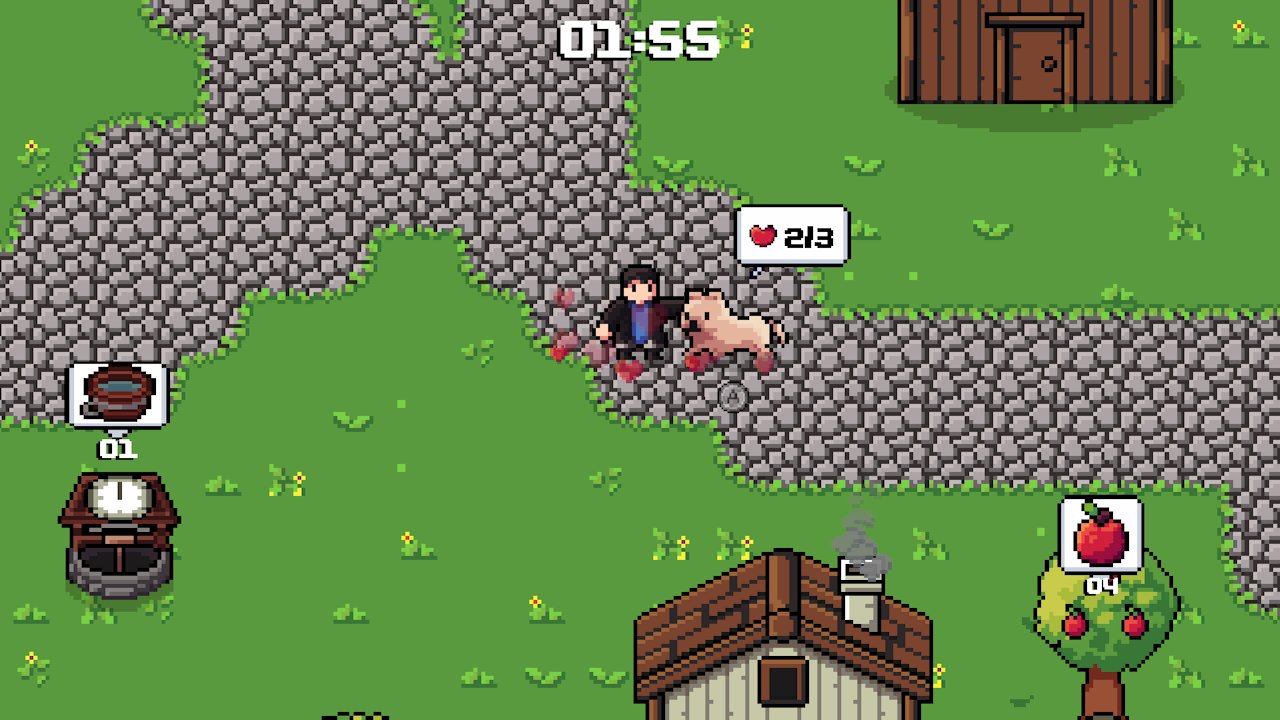 Indie games come in a lot of different shapes and sizes across a variety of different genres. The simulator slice of life has been popularized by games like Stardew Valley and even Animal Crossing on a AAA level. Sometimes developers try to do something a little more simplistic, which is exactly the case with the chore-based Bob Help Them.

Bob Help Them has you playing as the titular Bob as he completes tasks for people around his village. These villagers have different archetypes based on their design, which include Chefs, Foragers, Farmers, and more. You will see reoccurring villager designs throughout, but the different villager types differ in what they need from stage to stage.

There are 35 different stages for you to play through in the game, with finishing one level taking you immediately into the next. You can always quit out from the pause menu and restart where you were or go back to a previous stage as well. Each of the stages have a specific time limit, which may be something like 3:30 or could be as short as 1:30. The level starts out by quickly moving from villager to villager showing you what they need and then thrusting you right into the action. 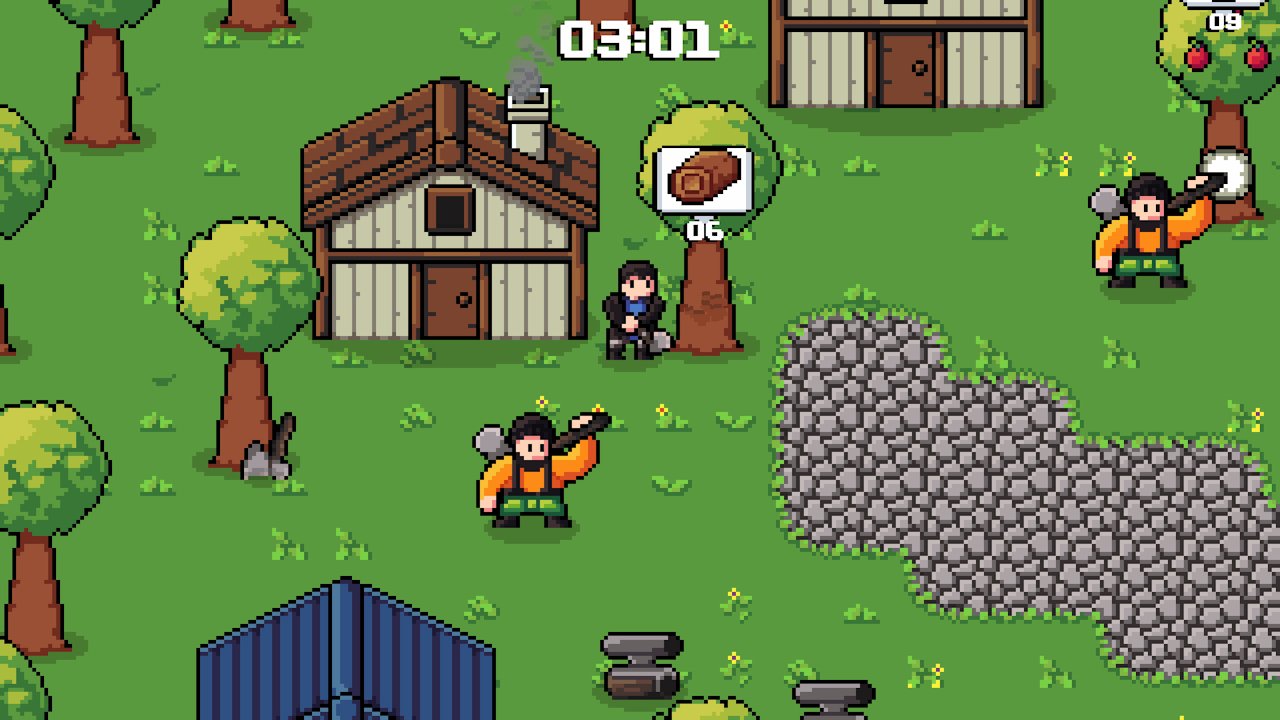 As Bob, you have to go around the village and bring each villager exactly what they need before time runs out. These items range from various fruits, eggs, iron nuggets, pieces of wood, and more, but some of them have more intricate requests. This is where the campfires, furnaces and such come into play, where you can place say five apples and get five pieces of apple pie in return. There are a number of recipes that you can see from an in-game menu that show what you need to create something such as ingots using iron nuggets.

While you can see the recipe list with ease during the game, one of the more frustrating elements of the game is that you cannot see what remaining items you need within a stage. Outside of the beginning segment that shows each villager and what they need, there is no way to see them again other than running up to said villager directly or restarting the stage. This was probably added in as a way to make the game more difficult, but it would have been better to have been included than not.

Not only are you having to bring the various supplies to the villagers, but there is one other task you will have to complete at times. That is to pet the dogs in the village. You will find them in certain levels and require you to hold down the button to continue to pet them until they get a certain number of hearts, which are typically 10 or five, but also can go down to two or one sometimes. Any game that lets you pet the dog is always on the right track. 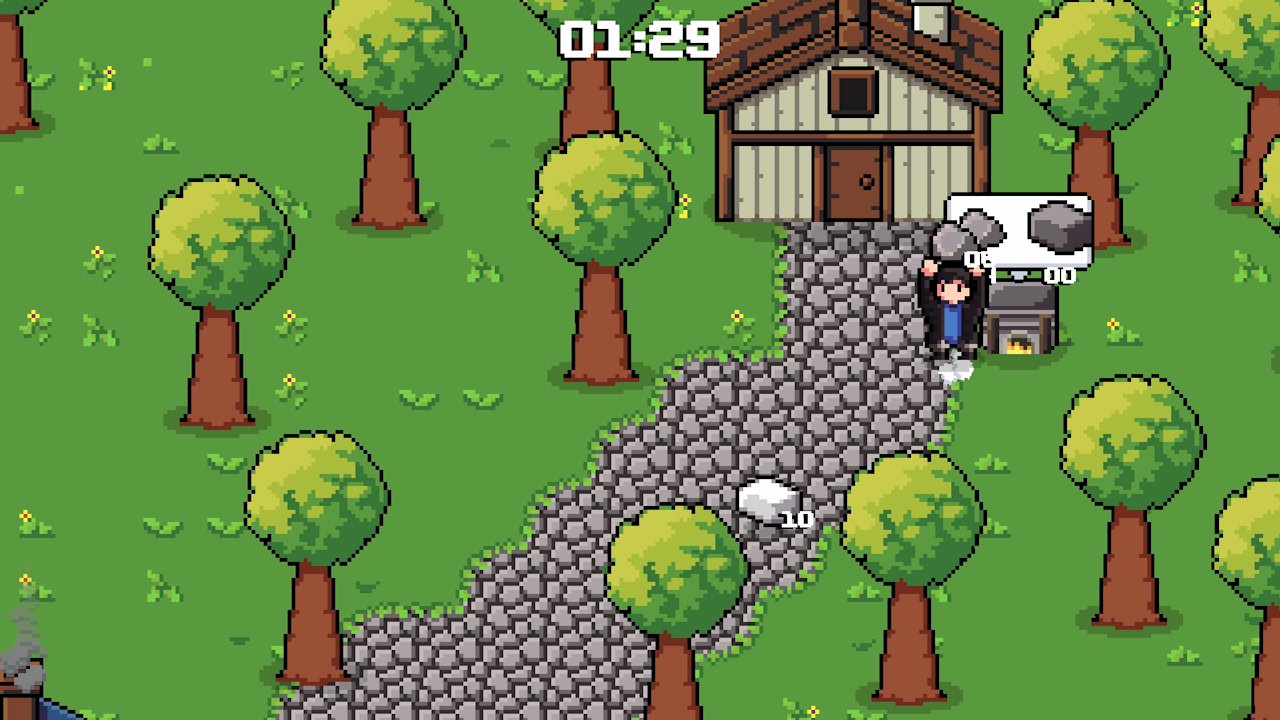 The usage of the dogs though do bring up a bit of a problem though, which are the weird variation of level difficulties while playing through the game. As said before, there are 35 different stages and the tasks and time limit in each differ. While a lot of these require some thinking or at least fast moving, there are a few near the end that are just downright easy and feel out of place. Level 27 specifically just has you getting 10 oranges for a guy and petting a few dogs, while another is just to pet dogs that only have one or two hearts to fill. These are easy three stars stages that feel like they would have been better suited earlier in the game. The escalation of difficulty is usually seen in a game like this, especially with not that many stages overall, so it just feels a big jarring at times.

The level of replayability in Bob Help Them is based on the game’s almost mobile game setup with each level having up to a three star rating. If you are playing through the game with no worry about earning three stars on each stage, you can fully complete the game in a couple hours at most. For those that want to work to shave their time down in each level to earn three stars though, it will likely take a good bit longer. Some of the stages really will require you to take advantage of every second, which means you will need to multitask even more so than you were before. 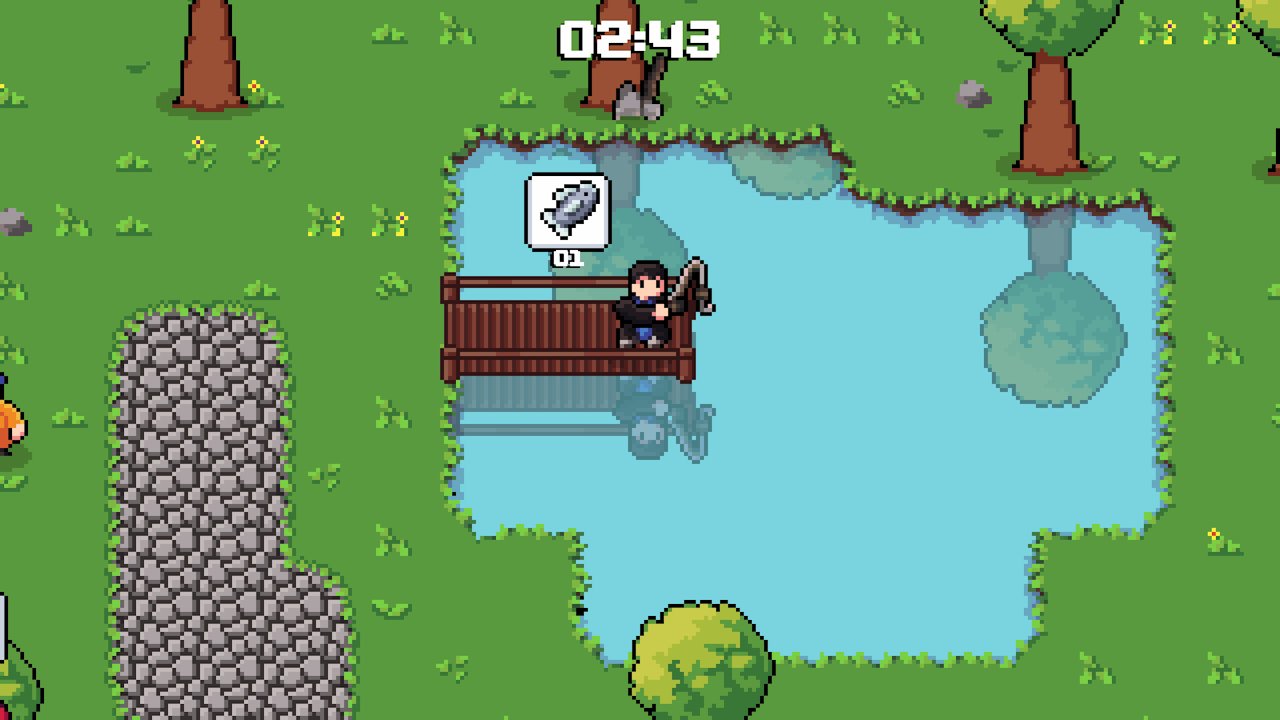 Except for a few stages that are quite difficult to complete in the time limit without using some strategy, Bob Help Them is a pretty chill game all around. The soundtrack and general vibe of the game are very relaxed and the game itself feels designed for you to pick up and play for a bit here and there if you want. The pixel art style is also pretty charming too and fits right in with this style of game too.

Bob Help Them is far from the most ambitious indie game out there, but rather a small and short little game for you to just sit down and play. The changing requests from stage to stage are different enough to where you do not get bored right away and actually feel more satisfying to complete than one might think. For those just looking to relax with a pretty simple and easy to learn game for the Nintendo Switch, Bob Help Them might be just the right game for them.

While the gameplay is centered around the seemingly monotonous task of fulfilling villager requests from stage to stage, Bob Help Them is an oddly laidback game that is an enjoyable experience, albeit a pretty short one.