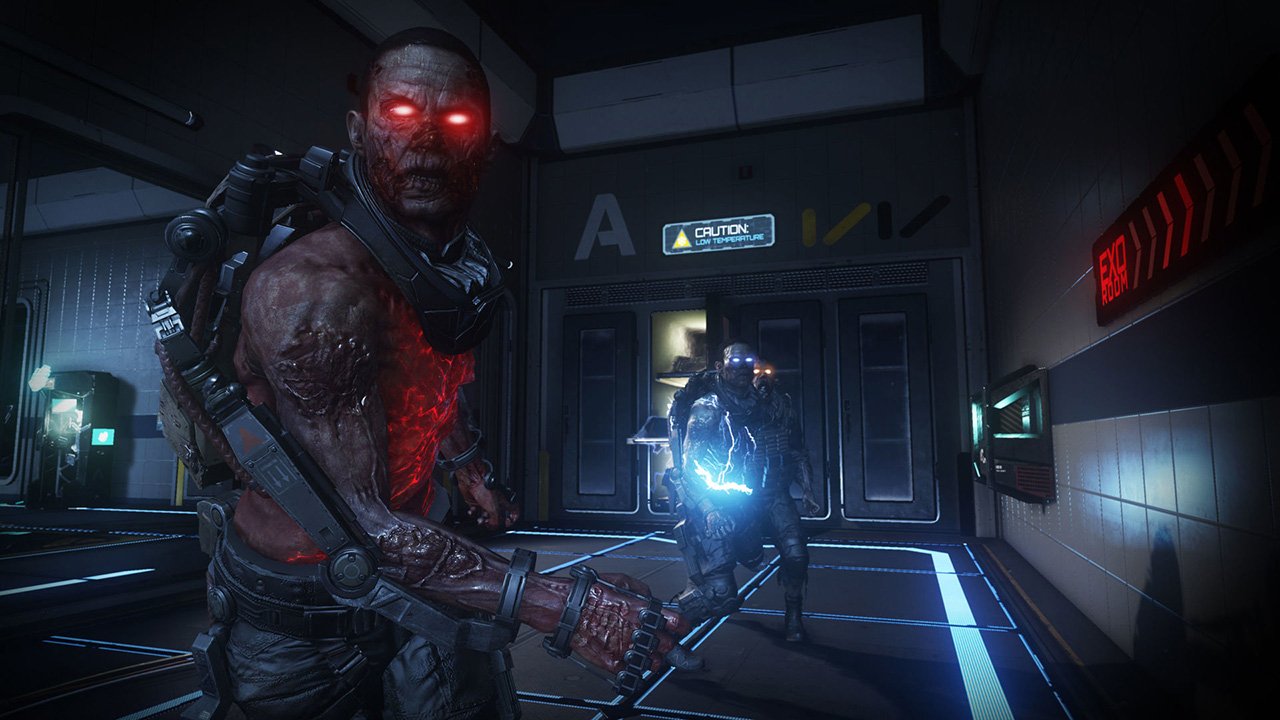 Call of Duty: Advanced Warfare is one of the better games that the stable of developers working on the Call of Duty franchise has put forward in recent years.  While Ghosts may have stumbled a bit in its next-gen debut, Advanced Warfare righted those wrongs with the game-changing Exo-Suit mechanic in multiplayer.  Sledgehammer Games gave players more freedom and range of motion than ever before seen in a Call of Duty game, things definitely appear to be on the right path for Activision’s golden goose.  The game’s been out since November, and here we are staring down the first bout of downloadable content for Advanced Warfare dubbed “Havoc.”

The Havoc DLC arrived first on Xbox platforms, and has seen a tumultuous launch.  Xbox Live was down for a good portion of the two days that the content has been out, and many have had issues with the accessing of the DLC on Xbox 360 and Xbox One.  What has traditionally been smooth deployments for content of this type has been anything but for Havoc.  Xbox Live networking issues aside, the Havoc DLC is fairly standard for a Call of Duty map pack.  Four maps, a co-op mode, and with Havoc you get access to a new weapon. 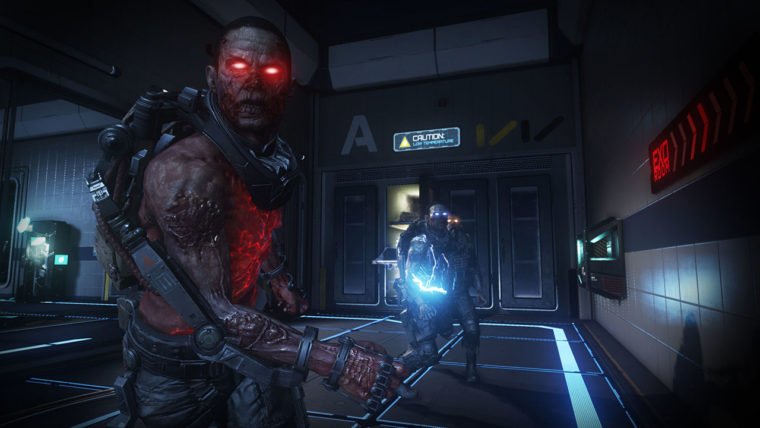 Stuffed away as an Easter Egg in Advanced Warfare’s middling Exo-Survivor mode, Exo-Zombies is a full fledged game mode with the Havoc DLC.  Exo-Zombies works pretty much like the other zombie offerings that we’ve seen from Treyarch in the past, on the surface.  Sledgehammer’s version isn’t quite as deep.  There are no barricades to rebuild, no over-arching plot to unfold, it’s more like the Survival Mode, with zombies instead of human soldiers.  There are plenty of upgrades to earn, guns to procure, and gadgets to tinker with, but it’s fairly straight forward in terms of what your objectives are.  The map is quite small, all doors can be unlocked and the full map accessed pretty easily. There is an lengthy Easter Egg to uncover which involves finding access cards strewn across the facility, but Exo-Zombies just doesn’t have that fun progression system that we’ve seen in Black Ops games. A group of celebrities were mo-capped and recorded for the game, and really look and sound outstanding, but with very little going on by way of story, its unclear why Exo-zombies is such a big production, unless Sledgehammer has something else up their sleeves for the next episode.  Exo-Zombies feels like a wasted opportunity to really go out on a limb and try something different.  Instead, fans get something familiar, and not quite as good.  There’s still plenty of cooperative fun to be had though, and just about anything is better than the Survival mode that shipped with the game if you’ve got a cooperative itch to scratch.

The competitive maps in Havoc are fairly run of the mill, but each have a unique setting.  Before we get into talking about them though, mileage is going to vary for some competitive players with this map pack (at least for the time being).  Sledgehammer Games, or whoever was in-charge of this map pack has put forth the weakest lineup of available playlists to actually play the content than we’ve seen in five years or so.  There are only two ways to play on the new maps.  There’s a Standard Mosh Pit which has modes like Hardpoint, Domination, and TDM.  Then there’s a Standard Team Deathmatch Lobby.  That’s it.  Every Call of Duty developer scrimps on the Hardcore offerings at map pack launch, but not allowing purchasers to play any Hardcore modes at all is a bit of a bummer for those who play that mode exclusively. 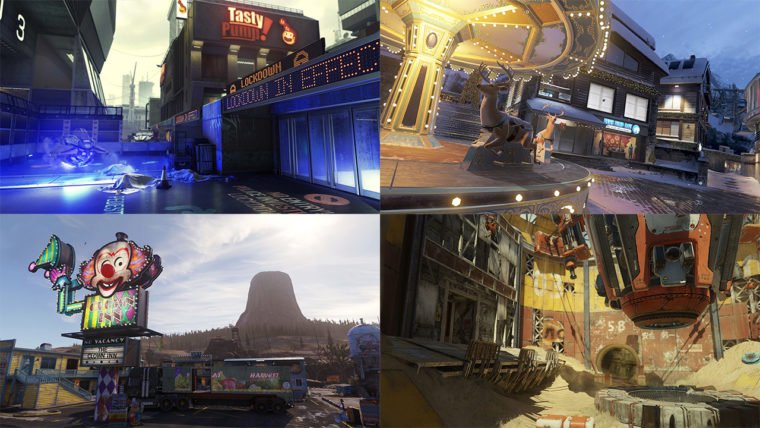 So are the maps any good?  Obviously these maps are skewed towards the Exo-Suit gameplay, and they’re all originals. You’re actually getting four new maps this time around, instead of the normal three and a remake.  There are highlights and lowlights to the four new maps.  Drift, which is set on a ski resort, is both a beautiful and intricate map.  It has numerous spots where players congregate for shootouts, and plenty of ways to flank your opponents.  It’s also got a periodic avalanche, which throws a dangerous wrinkle into the map, much like the Tsunami of Defender.  Sideshow is another interesting map, that caters to players who like long-range combat.  It’s also one of those outlier maps for Call of Duty that you’re either gonna love or hate.  It’s colorful and full of clowns, one that even unlocks a weird rainbow bomb assault as a map-based reward.  Advanced Warfare has played it pretty realistic thus far, unlike Ghosts who introduced a number of new gimmick rewards to multiplayer, Sideshow has a very weird unrealistic event.  You’re either on board for this in your Call of Duty, or not.  There’s no real middle ground here.

Core and Urban are the bottom-half of the Havoc DLC competitive maps, and the least inspired in terms of visuals and map layout.  Urban is the most fast-paced map of the bunch, and is laid-out exceptionally well for modes like Hardpoint and Domination.  It’s fast-paced, bring your shotties and smg gameplay here.  You can get from one end of the map to the other fairly quickly, but you’ll also die quite a few times doing so, as players are spawning on top of each other constantly.  There is a game changing moment in Urban where different lanes open up and the map becomes a little bigger.   Lastly is Core, my least favorite of the bunch, feels about as dry as the desert setting it takes place in.  It’s a traditional three-lane map, with a center area that players fight to hold onto.  There’s really not much to say about Core, even the map-based streak is uninspired, which has decontamination drones seeking out enemy players.

If you plan on playing Call of Duty: Advanced Warfare this year as your go-to shooter, it’s almost mandatory that you purchase the map packs to go with it.  Unfortunately, Havoc isn’t a very good one.  There’s room for improvement in Exo-Zombies, and hopefully Sledgehammer/Raven get their act together when it comes to allowing those who do put up the cash for this content to play other game modes in competitive multiplayer, outside of the paltry offering available at launch. TLDR: Add some Hardcore Modes.