The latest news in the world of video games at Attack of the Fanboy
January 24th, 2018 by William Schwartz 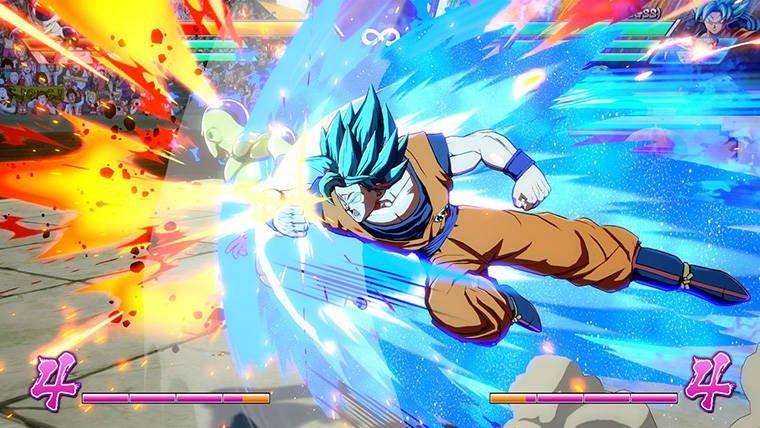 There has been no shortage of Dragon Ball games in recent years that have tried to capture the essence of the manga, anime, films and other spin-offs of Akira Toriyama’s creation. Some have been decent. The pair of Dragon Ball Xenoverse games that have released most recently were received well by fans and critics, while other recent entries like “Battle of Z” were not. It’s been hit and miss for Dragon Ball fans looking for faithful video game adaptations, but Dragon Ball FighterZ looks to change that with a great use of the license in a new fighting game by Arc System Works. The developers behind popular fighting games in the BlazBlue and Guilty Gear series’ have taken that 2D cinematic style of fighting, wrapped it in a ton of fan service in terms of presentation and produced one of the most cohesive Dragon Ball experiences we’ve seen in years.

The Dragon Ball series is about fighting after all, tapping Arc System Works for FighterZ seemed like a match made in heaven. With the finished product in-hand this has certainly become a reality. Taking much of what they learned with their other fighting games, incorporating it into the Dragon Ball universe, while also looking to other popular fighting games for further inspiration has produced something that is not only fan service of the Dragon Ball series, but a fun game that appeals to both casual and more dedicated players.

Dragon Ball FighterZ is a fighting game, plain and simple. While other Dragon Ball games have had fighting and multiplayer in them, this is a game with a very strong identity in terms of genre. Dragon Ball FighterZ is for players who want to test their mettle online with a comprehensive roster of Dragon Ball characters, play locally against friends or AI, or experience a strong Dragon Ball story by themselves with multiple character arcs to explore. FighterZ takes some of the best parts of Arc System Works’ previous efforts, combines them with some of the trappings from the Marvel vs. Capcom series, and delivers a pick-up and play experience that is fun for both newcomers and those who want to dig into the competitive scene. 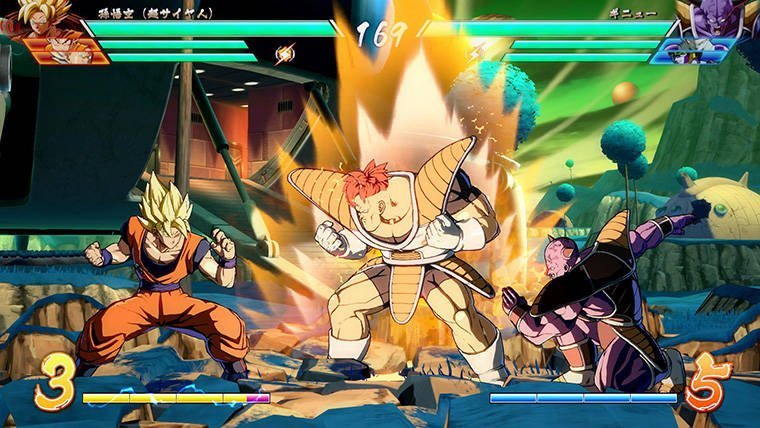 While FighterZ is very much aimed at an online audience, there’s a very strong offline story mode as well. This story features three separate campaigns which features one chapter for the Super Warriors, one for the Super Villains, and one for the Androids. The actual story for the campaign is both well done from an art and performance standpoint, as well as narrative. You can choose to experience the story in Japanese with English Subtitles or in the full English voice over. It wouldn’t be fair if we revealed any spoilers from this excellent campaign, but this branching narrative structure combined with the ability to explore an open map and discover different sub-arcs of the story make it one that Dragon Ball fans shouldn’t miss. Playing through each of the different arcs will allow you to get familiar with almost all of the characters in the game, whether that be Warriors, Villains, or Android. The bulk of the story mode is playing the fighting game itself, but after each boss battle you’ll get treated to story progressing cutscenes. Depending on which routes you take to the boss battle you may uncover different story elements along the way. The difficulty of the story is probably the most erratic element of the game itself. There is a natural difficulty curve for each stage of the chapter, in which you’ll do battle with numerous teams, but also spikes in difficulty that pop up in what seems like an attempt to make sure you’re not just spamming away at the buttons. In total you could sink 10-12 hours into the Dragon Ball FighterZ story if you absolutely have to see everything. While this run time sounds like a lot, it does feel like some of the middle parts of the main and secondary arcs could’ve been cut down a bit as the game does very little, if anything, to mix up the formula with mini-games or other activities during the story.

Dragon Ball FighterZ has a good mix of depth and accessibility

The fighting in Dragon Ball FighterZ is as approachable as it is deep. It’s got enough nuance to it that competitive fighting game fans will be able to sink their teeth into it, but it’s also incredibly lenient for players who are just picking up the controller for the first time. In fact, with very little experience you can pull off some of the most cinematic and deadly moves in the game, with many of the super moves of the game being tied to a handful of simple inputs. It’s also fairly linear in terms of how each character plays. There is some difference, certainly, but for the most part, once you’ve learned the controls of a single character in the game you can easily transition to others without having to commit to memory a whole list of new moves. This is a stark contrast to many other fighting games where mastering a single character rarely has much carry-over to another one. The combination of this gameplay style and the awesome art on display in FighterZ’s combat couples well with the tag-in, tag-out system of play. Like Marvel vs. Capcom, players choose a three-character team and can switch between them at will during a match. They can tag-in, tag-out, and be called in for special moves. In terms of gameplay, there’s really not much to complain about here. There’s just about every character you could think of incorporated into the game at launch and the combat system is more approachable than most fighters. Dragon Ball fans know the characters of the series as all-powerful beings and any fight in the game comes across as an epic conflict, making for something that is equally fun to watch unfold as it is to play. 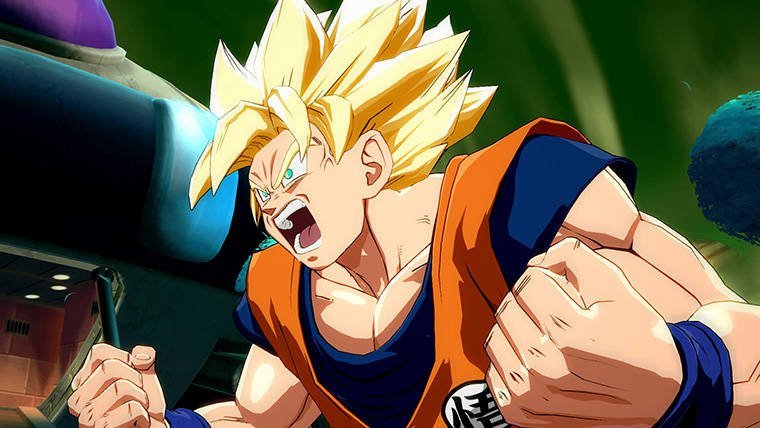 Arc System Works borrows from previous games they’ve made for the progression system in FighterZ. A loot box like system allows you to purchase capsules that contain cosmetic items that you can use in the game’s hub world. Each capsule cost 1000 Zeni currency. And after beating all three arcs of the story I had plenty of Zeni to go around for all the capsules and cosmetics I could handle. With how loot boxes have been handled in recent releases by some publishers, FighterZ is a breath of fresh air in this department. As far as we can tell, there is no separate currency that’ll allow you to unlock more of them faster than other players. You simply have to play the game to earn the currency to purchase capsules, but there are also a handful of additional charcters for Zeni milestones. The hub world allows you tackle the aforementioned story mode, but it’s got some other things to explore as well. Here you have a Practice Arena which allows you to train against the CPU, tackle combo challenges and battle tutorials. There’s a shop where you can purchase new capsules with your in-game currency, a replay center, a local battle hub and an arcade mode. Aside from the story mode, these last two will be the other big spots that players will head to when playing FighterZ as it allows you to play local versus human opponents or AI in a variety of modes or tackle ladders of opponents. These modes also allows you to earn the Zeni currency to purchase capsules or characters following the completion of the story.

Given the current state of loot boxes in games, FighterZ has a refreshing implementation of them

Online play is where people will get their most value out of FighterZ. The online component of FighterZ allows 64 players to roam around its hub world, each using unique avatars and unlockables to make their own online identity. This portion of the game allows players to square off in multiple online battle types from casual to ranked matches, world matches, arena matches, ring matches, and a number of features that help players communicate and connect with one another. As is usally the case with online experiences, the gameplay really relies on the network connection between two players in terms of performance when compared to the frantic pace of the offline game. Our experience has been good so far with the online play in Dragon Ball FighterZ, and assuming that Bandai Namco has a smooth launch for FighterZ this fighter has a ton of replay value as players have numerous types of experiences to have online with others.

Dragon Ball FighterZ is both an incredible game to look at and to play. Arc System Works has done right by the Dragon Ball name giving fans of the source material plenty to be happy about.