The latest news in the world of video games at Attack of the Fanboy
May 22nd, 2017 by Kyle Hanson 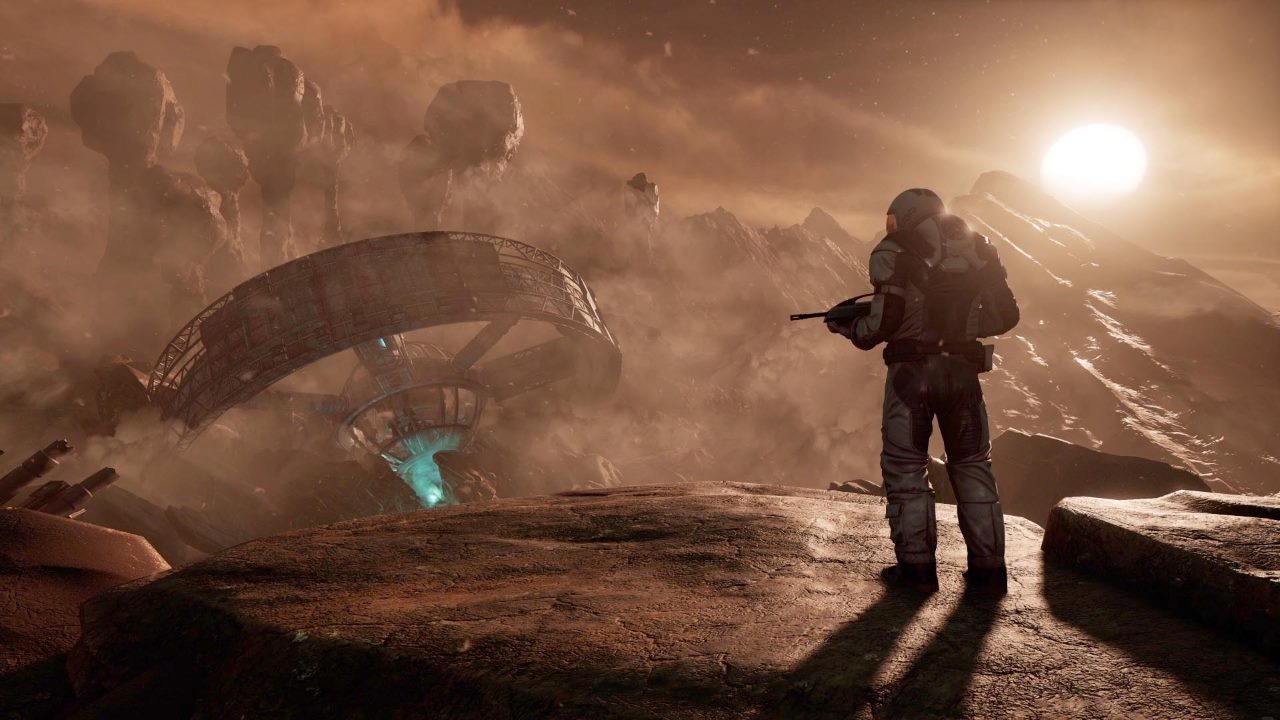 Farpoint offers something to VR gaming that few other games have: a AAA gaming polish. That is great in a number of ways, giving the PSVR a gorgeous game, a story-driven campaign, and co-op. It also comes with some downsides, with the gameplay being sort of watered down when compared to other shooters out there, even on VR. But Farpoint has an ace up its sleeve with the new PSVR Aim controller, which adds to the immersion that VR already brings. The end result is an important title, but not necessarily one that every gamer has to experience.

The beginning of Farpoint is detrimentally slow. The game opens with a too-long video explaining the basis for the story. This involves a space phenomenon that could supply humans with unlimited energy. The main character is on his way to the space station responsible for studying it. As your ship drifts slowly through the void you’re hit with some very cliche and expected events. In the end, things go wrong and you need to set them right…with your gun, apparently.

Even once you land on the planet and begin piecing together its mysteries, the game simply takes far too long getting started. Anyone who has played a VR game before will immediately pick up what is going on and how to handle most of it, but the game holds your hand through the first hour. Finally, the action will begin, and you’ll start shooting aliens in the face. This is where it starts getting fun, but it’s unfortunate that it takes so long getting there. 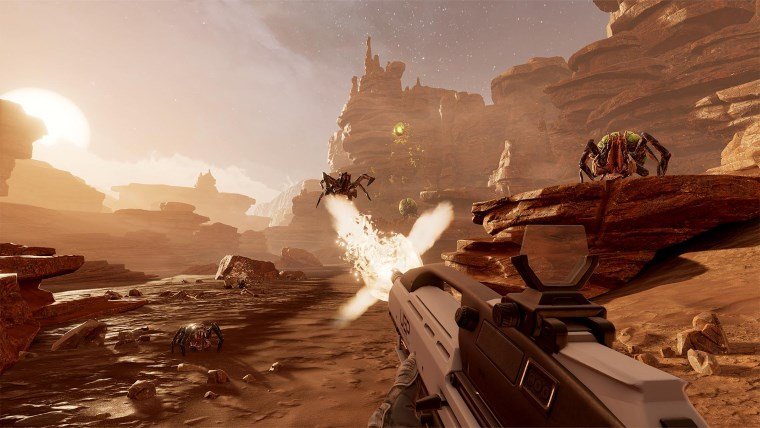 Once the shooting starts it’s clear that Farpoint is a fairly by-the-numbers shooter. Enemies aren’t particularly smart, but they serve their purpose well, popping up, moving, and attacking the player to keep the adrenaline flowing. What lifts Farpoint out of the realm of mediocre is its implementation of VR and especially its use of the new Aim controller.

One of the most action-packed and frenetic VR shooters out there, and the Aim Controller is the real reason for this

Players will, from start to finish, feel immersed in the world of Farpoint like few games before it. Moving around, aiming your gun, and even performing actions like swapping weapons feels natural and works well. The movement system is simple, but effective. Players simply use the Aim controller analog stick to move according to the direction that their gun is facing.

It’s surprising to see such a simple mechanic function when so many developers have been experimenting with new and radical ideas. It feels natural after only a little while, and it lets players explore more than they can in other VR titles. It does have downsides, namely that everything in the game happens right in front of you. These are small concessions though for a seamless VR gaming experience.

Aiming the gun is also a real treat, with the holographic sight looking very cool in VR. Despite this I did find myself mostly just holding the gun near my side and aiming based on instinct and where my shots were hitting. In a lot of ways Farpoint ends up feeling like old school light gun games. This can be leveled as a criticism, but fans of the genre should see it as a compliment.

When things start heating up, with alien enemies flying at your face and shooting projectiles at you en masse, Farpoint truly sings. It’s one of the most action-packed and frenetic VR shooters out there, and the Aim Controller is the real reason for this. Players will be immersed in the action, pulling off shots in quick succession and with precision accuracy. It’s a great gaming experience that deserves to be tried if you’re invested in the PSVR ecosystem. 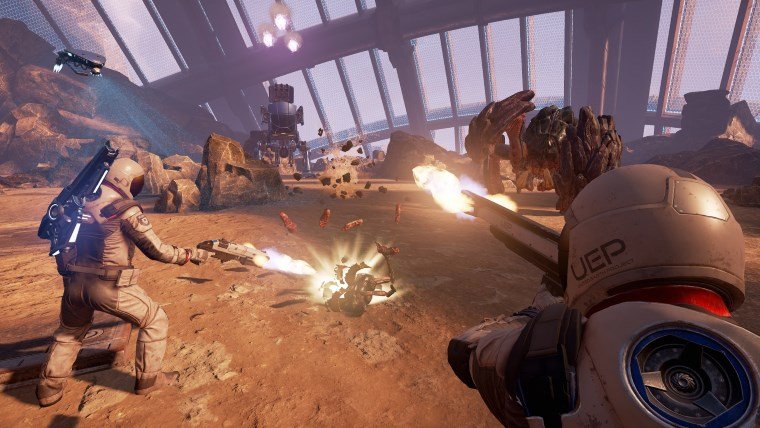 However, things aren’t like this throughout. As I already mentioned, the opening hour is slow and plodding, and really just sets the tone all wrong. The game also doesn’t last all that long, especially for the price tag. There’s also a lot of things that the game lacks due to being on the PSVR. Visuals are choppy in a lot of places, and there are times where it feels like the PSVR is holding the experience back. I couldn’t help but think how much better it would be on PC with a GTX 1080ti and an HTC Vive. Still, the PSVR has impressed quite a bit considering its much lower power and resolution, so it’s just something you get used to if this is your VR gaming method of choice.

However, it is one of the few VR games out there that doesn’t feel like a tech demo. Clocking in at five hours, the campaign delivers a taut experience that doesn’t cause arm fatigue, if you blaze through it in a couple of sittings. The co-op missions add onto this with some fun and interesting takes on Farpoint’s gameplay as well.

Still, the game has some worrying bugs, including some animation troubles that hurt that delicate immersion that it worked so hard to achieve. The menus are also unwieldy and could use some additional options outside of what’s available. And the feeling by the end of the game is that you had fun, and might try it again, but for the price it’s still a bit of a stretch.

Farpoint is an interesting game when taken on its own. It’s an OK shooter with some interesting VR mechanics that lift it out of mediocrity. When thought about in the entire VR gaming space it becomes more important, but doesn’t change the feeling that players will get from the game overall. It is not a tech demo, offering a full campaign of relatively short length. And the Aim Controller is really a fantastic new control scheme for VR shooters. It’s worth checking out for VR and shooter enthusiasts, but others might want to wait for a sale.