The latest news in the world of video games at Attack of the Fanboy
February 15th, 2018 by William Schwartz 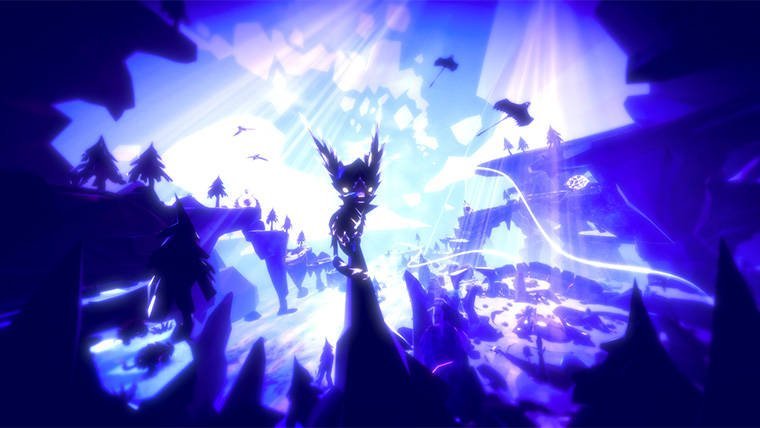 The Swedish developers who released Zombie Vikings and Zombie Vikings Stab-a-thon most recently have taken a totally different approach with their latest release in Fe.  Shifting gears from hack and slash to something that’s a bit more mellow, Fe is an action-adventure title that drops players into a beautiful forest where they control a woodland creature with very little context for the adventure.  Along the journey players will encounter other animals in which a unique communication mechanic is employed that allows them to help you on your journey in saving the forest from a hostile band of enemies called the Silent Ones.

Fe does not have the traditional narrative structure that we see in games of this type.  A lot of what is being conveyed to the player in terms of story is completely up for interpretation.  Why you are there and what your objective is, isn’t clear at first.  Though you quickly come to find that there is a menacing force in the forest that is threatening the inhabitants within.  The hands-off approach employed here to on-boarding players into this world is certainly unique.  Relying on a compelling visual style, strange creatures and limited abilities to engage the player, Fe unravels mysteriously in the early goings. 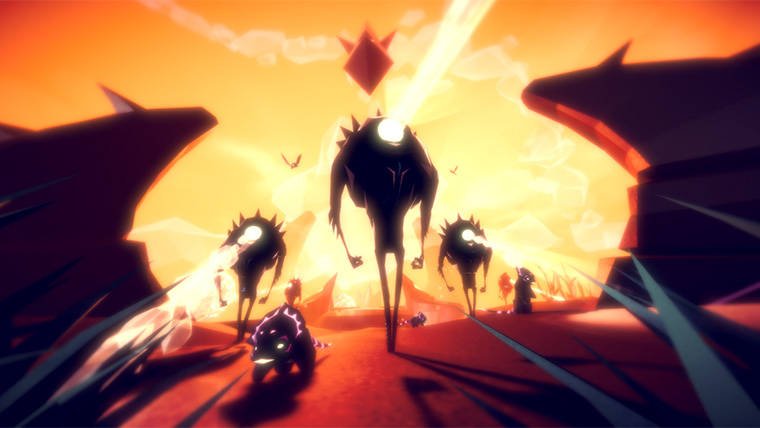 After some exploration players learn to communicate with the the creatures of the forest using a singing ability to perform different actions in the world.  For example, certain types of flowers can be activated as jump pads that allow for the player to reach higher ground, and singing with other creatures will unlock them for use.  Singing is pressure sensitive in the game.  The loudness adjusts as you press press harder or softer on the triggers of the controller.  You don’t simply walk up to a creature and mash the trigger to speak, you have to harmonize to sync up with this other creature at the right tune.  As you progress through the “levels” of Fe you’ll unlock skills and abilities that can be used whenever you want.  This includes things like climbing trees, gliding, and others.  Using the term levels is somewhat misleading here.  Fe features a central hub area where shards are brought to earn new abilities and progress the adventure to new locations that couldn’t be reached without them.

Much of Fe is experimental and exploratory, but Zoink does a good job of giving the player options for help when they need it.  The singing mechanic can be used to communicate with the creatures of the forest, but can also be used to call a bird companion that will give you a hint of where to go if you get lost.  The different areas of Fe include a number of gameplay mechanics that run the gamut of what you’d expect from an action-adventure title.  There are platforming sections, puzzles to solve, collectibles to find, and with very little in very little in the way of offensive firepower for your character, there is no combat in the game.  You’ll rely on stealth mechanics to stay concealed from the Silent Ones who patrol the forest by hiding behind things like trees, rocks, or bushes.   There’s a good variety to the gameplay of Fe and a nice pace to which you’ll earn new powers to utilize. 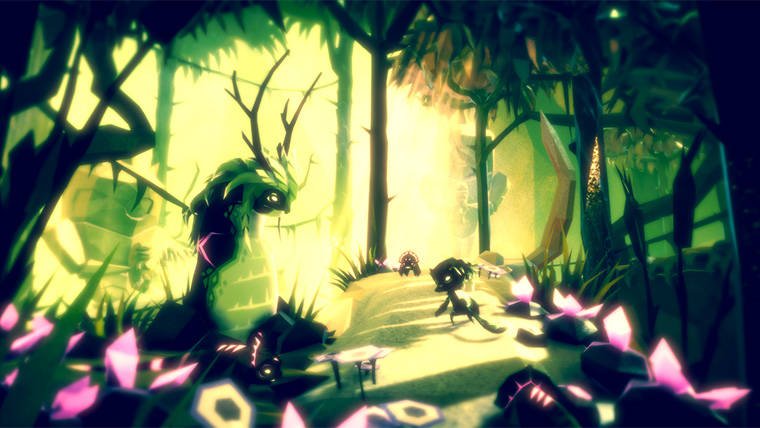 Fe has certainly drawn some inspiration from other games.  While it’s not quite a hardcore “Metroid-vania” there are some elements of that here.  You can see the influences of games like Journey or even The Legend of Zelda in its mechanics.  Though the underlying theme is wholly its own.  You’re on a journey to simply connect with nature in an organic way and to unravel the mysteries of this strange world.  In that, Fe does succeed.  There’s definitely a nice pace to the game that straddles the line between giving players the ability to explore and pushing them forward.  You never quite know how the creatures you encounter are going to react to you, how they will help you, or how you will help them.  Without a spoken word in the game though, there’s just enough visual and audio queues to have it all make sense.  There’s a minimalist “less is more” approach taken here to just about every aspect of Fe, and it gives the player a nice sense of accomplishment.  Fe is also a very relaxing game to play.  The combination of mellow music, vibrant visuals, and a play as you want pace helps in achieving that.

On the presentation front, Fe is visually stunning.  The forest is a place that contains a full spectrum of beautiful colors and sounds.  Hues of blues, purples, oranges and pinks contrast with dark blacks to make the visuals pop, forming an alluring world to explore.  The mystery and wonder of this world is only amplified by ambient sounds and the accompanying instrumental soundtrack full of soothing violin and chimes.  Fe is not a game for everyone, but those looking for something without a rigid structure will enjoy the pace of the game.  While its run time is on the short side, around five hours, it hits the right note when it comes to length as there’s very little that feels like it was included to pad the game out in unnatural ways.