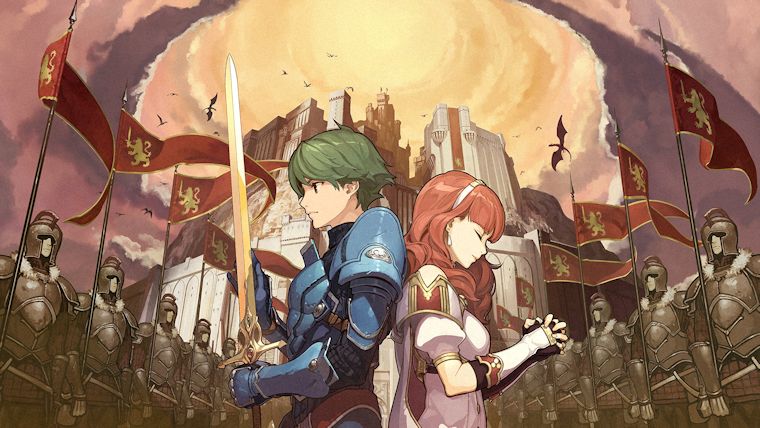 Fire Emblem remained a Japanese exclusive series for the first decade or more of its existence, with the only appearance outside of Japan coming from Marth and Roy in Super Smash Bros. Melee. Since 2003, that has changed dramatically with worldwide releases coming for all but one game. With the series’ popularity growing, Nintendo and Intelligent Systems are looking back to the past with at least the first of a possible line of remakes starting with a retelling of Fire Emblem Gaiden under the new name Fire Emblem Echoes: Shadows of Valentia.

Fire Emblem Echoes: Shadows of Valentia follows the story of two lead protagonists named Alm and Celica, childhood friends that become separated and eventually find themselves on opposite sides of a conflict between nations. Across a prologue and six chapters, you will take control of both Alm and Celica as they traverse across a world map taking on enemy units. Both characters each have their own ongoing stories throughout the game, with the intertwining narratives making the story all the more compelling. It may be a little simpler than some other entries in the series, but it’s still very intriguing to watch unfold.

After the introductory prologue where you utilize both Alm and Celica, the game separates the duo and has them operating individually. Act 1 has you in control of Alm only as he starts to amass an army of characters, with Act 2 turning it over to Celica for her to do the same. Going forward from there, Act 3 and beyond has you controlling both Alm and Celica’s armies separately, but giving you the option to use either one whenever you want. 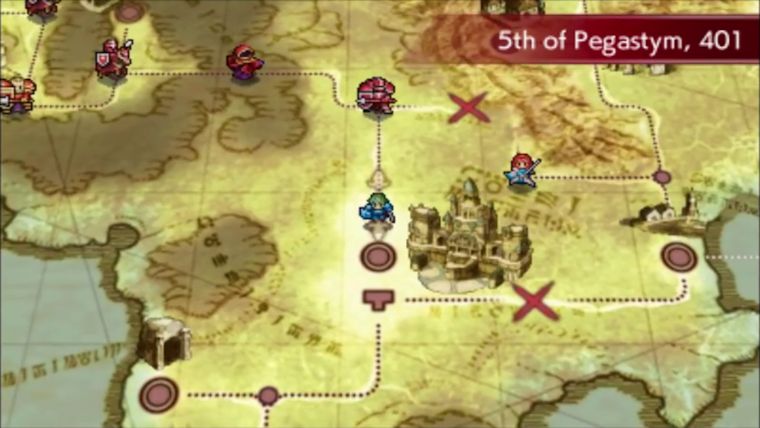 Throughout the long history of the Fire Emblem franchise, only a few of the entries feature a world map for you to explore to go from mission to mission and Fire Emblem Gaiden was one of these. As a result, this has been brought over in the remake Fire Emblem Echoes: Shadows of Valentia and it adds a level of depth outside of the individual battles.

The world found in Fire Emblem Echoes: Shadows of Valentia changes by Act, with it expanding further the deep you get into the game. Throughout the map are mostly linear paths, though there are a few alternate routes along the way. A number of these spaces are occupied by enemy forces that trigger a battle upon you reaching that space. There are also a number of these enemies that are mobile and move around between spaces for every move you make, which felt reminiscent of how the enemies on the map moved in Super Mario Bros. 3 way back on the NES.

After triggering a battle, you will enter the typical grid-based battle mode you’ve come to expect with Fire Emblem. Each turn consists of you moving your units around, with each one having different stats and abilities to use. As always, the units are split up into different classes that decide the types of abilities you have. A leveling system is used that gives your units XP for each individual conflict and then at the end of each skirmish if they survive, with you able to upgrade to better classes at certain points as well. Fire Emblem Echoes: Shadows of Valentia has a wide selection of classes to choose from in the game, so there are plenty of ways you can set up your team. 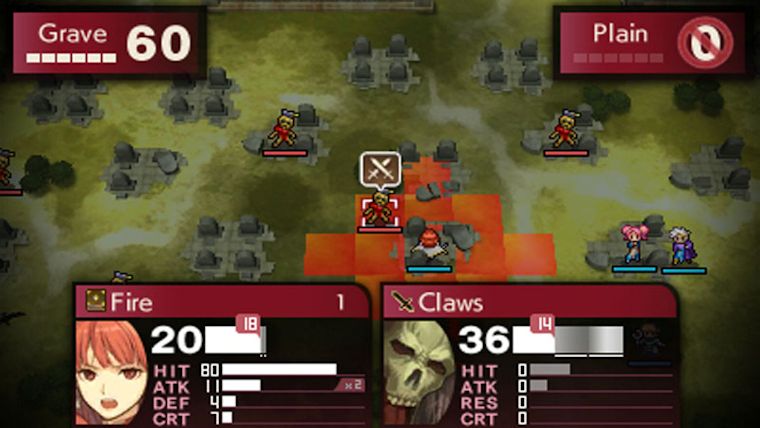 With a world map available in the game, there is even more to do outside of these standoffs as well. On the map, you will also find little towns and other types of locales to visit. Once entering these areas, the game will take on a point and click adventure style setting almost, where you can talk to the characters found on that screen or advance to another section of that specific area. These conversations range from recruiting said characters to even some fetch quests that will earn you other items or silver and gold, which can be spent at the smithy to enhance weapons. Similar to something like Professor Layton, you can also analyze each room with the analog stick, where you can pick up some useful items and weapons to use.

A wide selection of classes to choose from in the game

Switching up the formula even further are the dungeon segments, even though they can feel very clunky. These little too short dungeons utilize a 3D action adventure style where you control your character with the analog stick as they explore the area. You will come across some enemies that you can start a battle against by touching them, which brings up the usual grid based battle against a small group of enemies. Like many RPG games, slashing them outside of battle gives you a little advantage, but otherwise there isn’t any difference. Having dungeons like this is definitely something that could be utilized much further in future Fire Emblem games, but it felt very bare bones at this point.

Like every Fire Emblem game, Fire Emblem Echoes: Shadows of Valentia can be absolutely brutal with its difficulty at times. To help make the game more accessible to a wider audience though, there are a few options to choose from at the outset. First of all, the game offers a basic choice between Normal and Hard, but then it breaks it down further with two additional options, Casual and Classic. Playing on Casual allows your characters that die to all be revived at the end of each skirmish, while Classic brings in the permadeath element for your units instead that the series has been known for over the years. 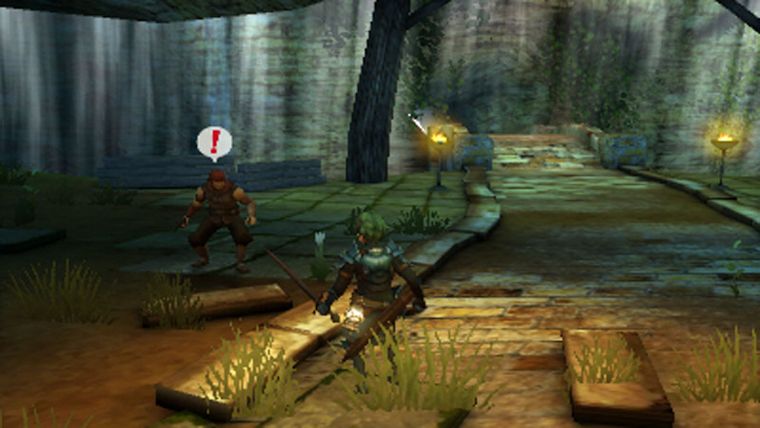 Releasing alongside Fire Emblem Echoes: Shadows of Valentia are two brand new amiibo based off of Alm and Celica, so naturally the game has amiibo support and it’s pretty decent. By using the Alm and Celica amiibo, you can unlock a special dungeon for each, but that is not all. You can also use either amiibo during a battle to summon an allied illusory version of that character for one turn at the cost of a little HP. This also works with any of the other Fire Emblem amiibo from the Super Smash Bros. line. It would be better if they lasted longer, but it is still cool nonetheless.