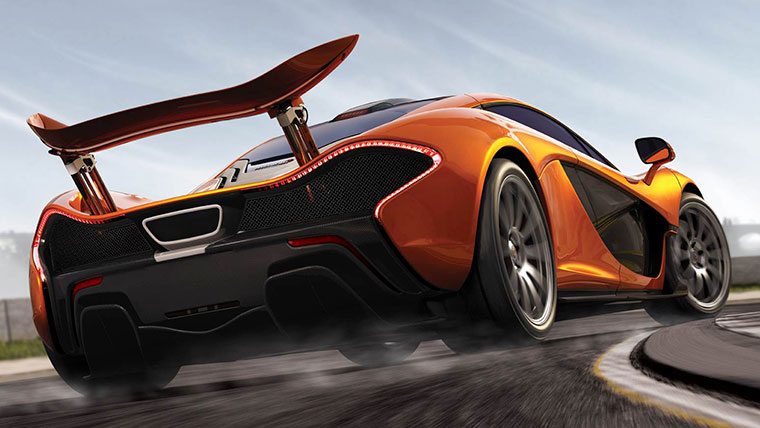 Remember when Polyphony released that prologue to Gran Turismo, intended to tide players over until the full release of Gran Turismo 5? Well that’s kinda what Forza Motorsport 5 feels like, with the added bonus of a full-priced game being littered with avenues to drain more cash from your wallet by offering you micro-transactions at every turn.

On one hand, Forza 5 feels kind of stripped down when it comes to features, options, cars, and tracks, when comparing it to previous games in the series. On the other hand, Forza 5 is visually stunning and revelatory. The game’s single player racing mode has been made more fun by keeping a catalog of driving habits of other online players. Cars and tracks are more lifelike than ever before, and enthusiasts will certainly appreciate just how meticulously crafted these elements of the game are. It definitely has the feeling of a game that is for car lovers, by car lovers. But a lot of what made Forza so interesting in previous games has been scrapped. All of the work put into the auction house elements and connectivity features in the game seem to have come up missing in this release. Popular tracks are no-shows, and the car catalog is one of the smallest ever seen for the series. But what’s most striking isn’t what’s been removed, it’s what’s been added in its place. The added prevalence of microtransactions, and game rules applied to funnel you towards them, can leave a bitter taste in the mouth of anyone not prepared to sink days and weeks into the game. 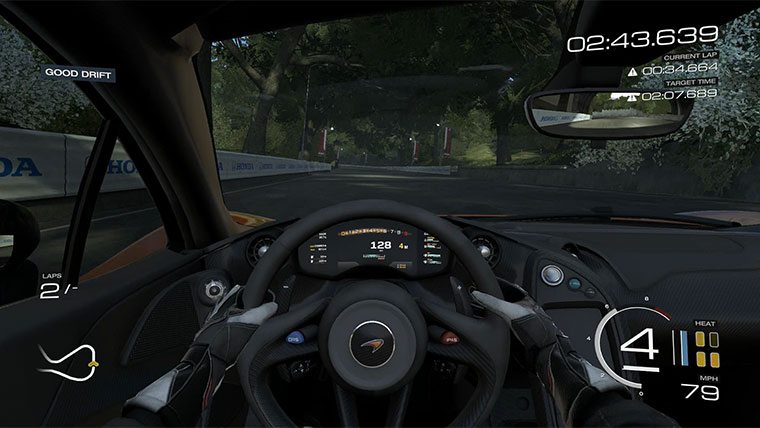 Forza Motorsport 5 is the best looking, and best playing Forza game ever made. It’s an absolute stunner on the Xbox One. Head to toe, this is one of the best looking driving games to ever grace home consoles. Tracks are faithfully recreated to model the real world. Car models are equally gorgeous, both inside and out. The content that made it into the retail release of Forza Motorsport 5 is top notch. Turn 10 trades quantity for quality, and it shows in just how fun each car is to race with. While previous Forza games had you stuck in B-Class hell races for the early parts of those games, even the lowest of car classes in Forza 5 is fun to figure out and play with. But it is a grind. Forza Motorsport 5 puts even Gran Turismo 5 to shame in that regard.

The single player offering is a massive beast of a game mode, if just for the simple fact that it is so grindy. You’ll need to win races and stack credits to earn enough cash to buy cars that allow you to compete in other race events. Single player in Forza 5 is a mode that you could sink 100 hours into if you’re looking to earn cash and cars outright through the game’s credit system. At between 3k – 10k credits earned per race, you’ll be needing to win a lot of races if you’re ever to drive the high-end sports or racing cars – which can cost you upwards of 3 million credits. Each race event is dedicated to a specific type of car, and Turn 10 uses the Top Gear team to provide a narrative for each event. It gives you some backstory on the cars in this class, and some of this supplementary information is quite interesting. But for the casual player, the one who just wants to get in and see the sights and sounds of Forza 5, some of this content will never be attainable. If you don’t have the time, you’ll never get there. The system in place is one that rewards the dedicated, and really punishes the casual player. There is a free play mode, but it doesn’t allow you to drive every car, just a selection of the full roster. Furthermore, Turn 10 deems these cars as rentals, and doesn’t even let you earn any credits from using them. So what’s a player to do if they want to see and play with all of the cars in Forza Motorsport 5? The answer, it seems, is micro-transactions. At every step of this car lover’s grind, Turn 10 will offer you something to purchase. Whether that’s the Day One DLC, or the opportunity to just buy the cars that you want without putting in the time to earn them. 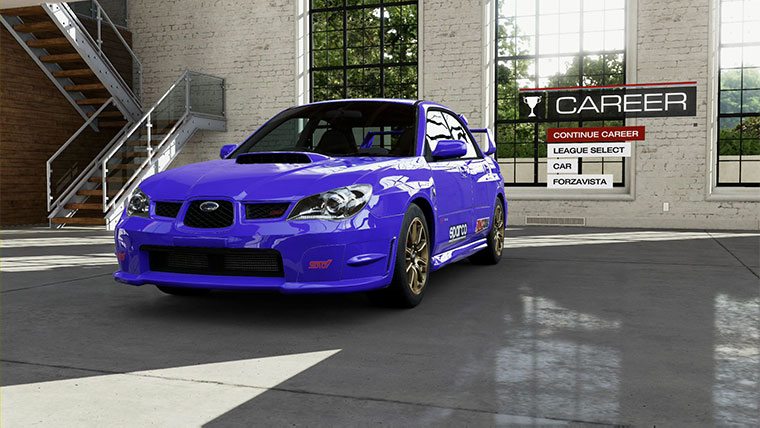 This monetization strategy isn’t likely one that will affect the devout. Forza 5 is more than capable of keeping your attention with all of its content, given that you have the time to explore it all. See, single player isn’t just an afterthought in Forza 5, it’s the main attraction. It’s better than any single player racer that we’ve ever played, because it doesn’t rely on scripted and usually poor, racing AI. Forza 5 pulls content from the cloud to populate your race with “Drivatars”, and this is a very real thing. You won’t find computer racers in Forza 5. Instead, when users play the game for themselves, it will keep track of their driving habits and tendencies. Your races will be populated by these AI profiles, making single races more dynamic, and more realistic, akin to a traditional multiplayer race. You’ll find really aggressive opponents. Smarter AI racers that don’t brake in the exact same spot each time. Racers that’ll cut you off, or send you into a wall. It’s a revelation for the genre. This is one aspect of racers that has always been its Achilles’ heel. As you become more proficient in Forza 5, you can choose to race against more difficult Drivatars, as well as select from a myriad of assists to be turned off for a true-to-life racing experience. It’s not entirely clear just what goes into making your racing profile, but your Drivatar will be racing against others while you’re away from the game. When you log back in, you’ll see credits that you’ve earned from its progress. It’s a fascinating concept that seems to be working extremely well. While we haven’t exactly been shown what’s behind the curtain, at the very least, Turn 10 is pulling an amazing illusion. At best, they’re doing something absolutely mind blowing with the archiving of this driving data.

Outside of the single player events, there is additional content in Forza 5. It just doesn’t have the same community feeling that previous games in the series have had. The online auction house and browseable libraries of content is nowhere to be found. As we mentioned, there is a free mode that allows you to test drive cars, but the majority of what you do in Forza 5 will need to be earned or paid for in real world cash. This carries into the online Hoppers Mode, and Rivals Time Trials. In our time with the game, we’ve found it hard to find any full lobbies of online races. It would make sense that Forza fans are grinding away trying to earn cars in the single player mode, given that rental cars don’t earn you any credits in the online aspects of the game. But still, it’s a testament to this design choice as being a bad one, with ghost town lobbies on the first week of release. Worse yet, if you don’t own a car that’s required to play in a lobby, you’re just out of luck. 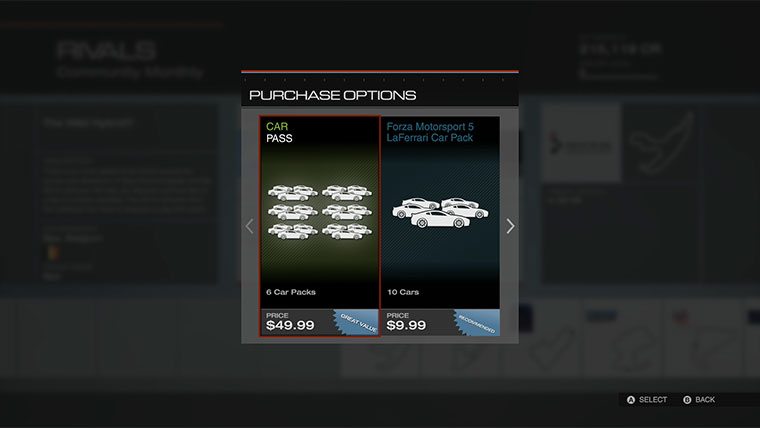 There is also a Rivals mode in the online offering, which allows you to tackle Time Trial lap times, and compete for higher ranks and credits. There are different rules applied to the different Rival challenges. Some will allow you to drive cars which Turn 10 gives to you to tackle the trials, but others will, once again, require that you to already own the car. Some are completely inaccesible unless you’ve purchased downloadble content for the game, which is offputting to the say the least, especially in the first days following the game’s launch. This focus towards owning premium content, and having purchased the game being not enough, is something persists throughout all of Forza Motorsport 5. It’s hard not to feel like a second class citizen when playing the game, without purchasing the full package of content. With DLC on the market that is already locking you out of some events, it’ll only get worse as more content arrives.

Forza Motorsport 5 isn’t just trying to sell you DLC and Season Passes, it is constantly encouraging you to pay real world cash for quicker leveling and access to cars. This undoubtedly influenced the way that the game was designed, and it’s kind of gross. Did Turn 10 make the leveling system a little slower, so you might take them up on their offer to pay money to do it quicker? Probably. Did they make it so renting cars gave you no credit bonuses, so you would purchase coin packs instead? We can’t say for sure, but it certainly feels that way. The fact of the matter is, that casual Forza 5 players won’t likely ever see all there is to see in the game without plunking down more cash. It’s not so bad for the player who is dedicated. It’s a little bit more of a grind, a more time consuming affair. But for the person who only plays occasionally, Forza 5 is an insurmountable challenge.

Forza Motorsport 5 is a fantastic racing game that is addled with the absolute worst in monetization strategies. Day One DLC isn’t anything new, but the way that it’s implemented into the Forza 5 structure makes you feel like your purchase was not enough to get the full day one experience. Worse yet, it doesn’t even try to hide the fact that its gameplay and leveling systems were designed explicitly to make players either grind their way to the top tier content, or pay for it outright. It’s a shame, because Forza Motorsport 5 is both absolutely beautiful and fun to play. Many hardcore Forza players won’t have that issue with grinding. Sure, it’ll take longer, but then again, that’s what these types of players bought the game for. For the casual player who picked up the game at launch to see the new visuals on the Xbox One, it’s going to be a rude awakening.