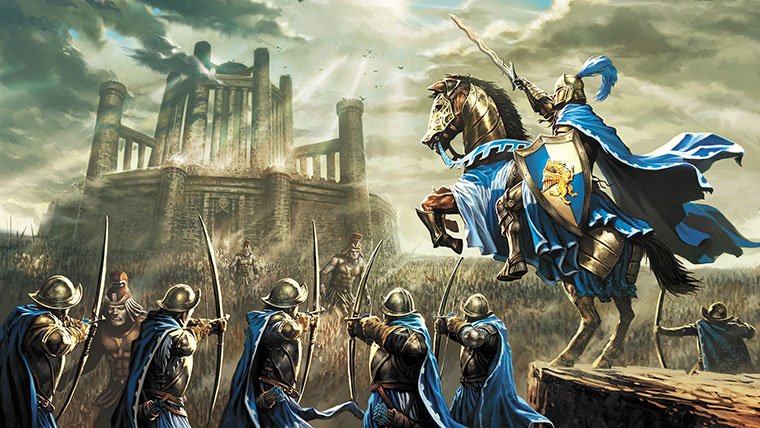 Luckily it seems that Ubisoft, now the owners of the HoM&M intellectual property have decided to commemorate the 16th anniversary, obviously the best anniversary of them all, of the game’s initial release by HD-ifying it and allowing the nostalgia train to come rushing through for the older gamers out there on their newer rigs and devices, as well as give us younger whippersnappers a go at a classic.

Thus I embarked on this journey without the ability to feel nostalgic on a game that is betting the whole farm on it in order to sell. 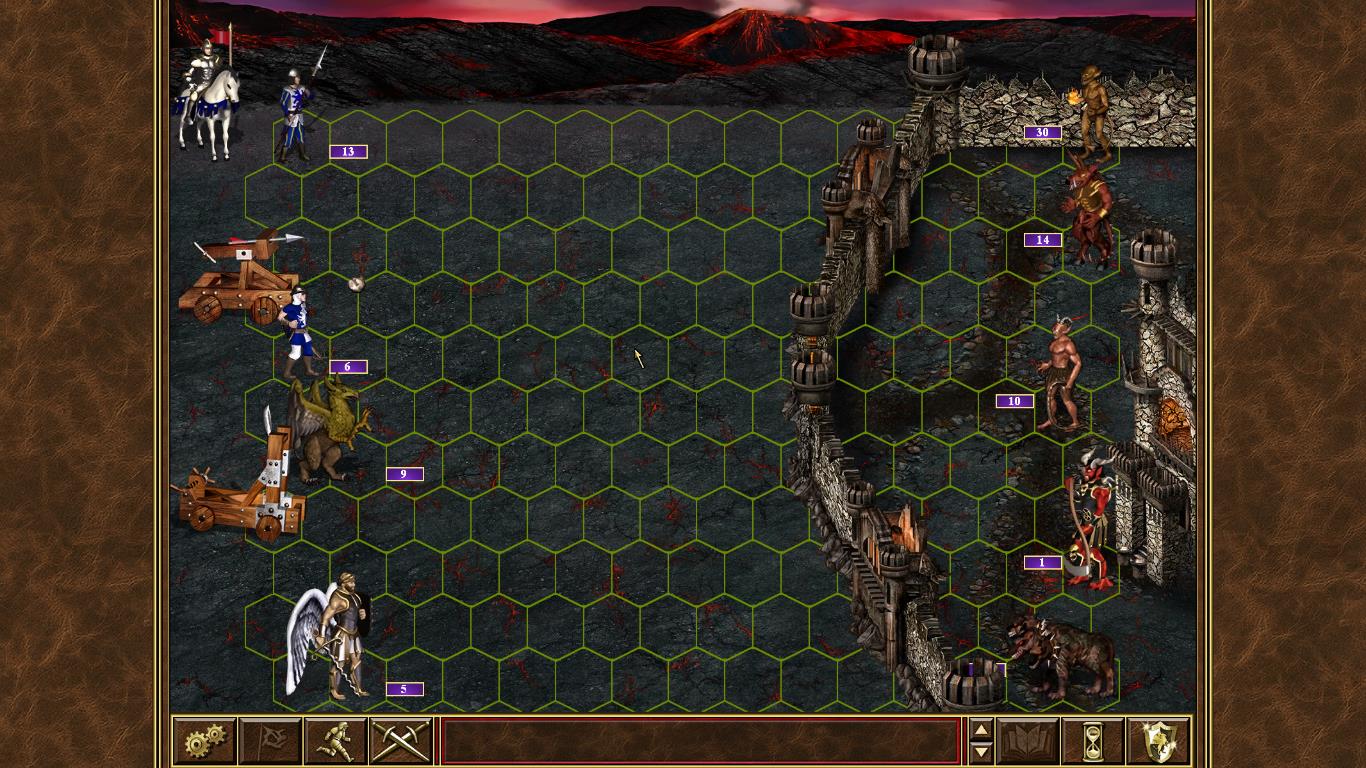 However, for those of you who, like me, have had very little exposure to Heroes of Might & Magic 3, for one reason or another, Heroes of Might & Magic 3 is the third, obviously, main entry in the HoM&M series, which itself is a derivative of the Might & Magic series. HoM&M3 was undoubtedly one of the best received titles in the series, hence leading to its HD re-release where the only meaningful changes are the updating of sprites to make them crisp and clean as well as making the game itself fit natively on modern HD widescreen displays.

The gameplay itself is basically an early take on a model that the Total War series has now made their own and popularized. There are two different views you will see during the majority of your playtime: The campaign map view and the battle view. The campaign map is turn-based, allowing you to move your heroes and their armies around the map using a set amount of movement points, very similar to how Total War works now. The difference here is that the battles in Total War then turn the game into a real-time tactics experience, whereas in Heroes of Might & Magic 3 the battles remain turn-based which is still quite compelling, especially considering the game released in early 1999.

So that’s all well and good about Heroes of Might & Magic 3, but what about the HD edition? It really isn’t a joke to say that all Ubisoft did was update the sprites and make the game fit modern screens. That’s all they did. Well, that and change some words to their tutorial by adding “HD Edition” here and there. This was a time where you had to play a tutorial by simultaneously reading the instructions on how to play the tutorial. A tutorial to a tutorial, if you will. 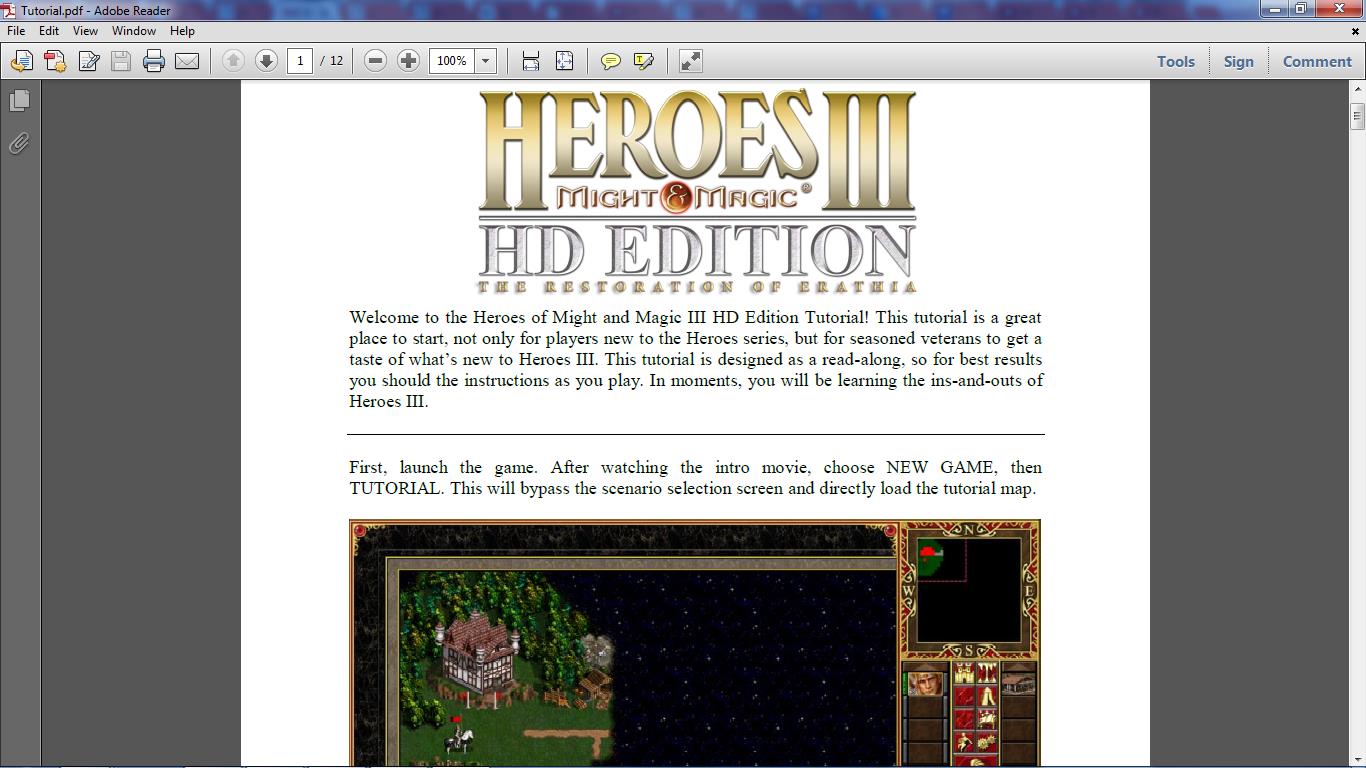 However to understand really what Ubisoft has changed in Heroes of Might & Magic 3 HD Edition, one shouldn’t look towards what was added, but towards what was taken away, most notably, the two expansion packs: Armageddon’s Blade and The Shadow of Death. That’s a lot of content that you won’t get to see, including a ninth faction, 7 campaigns from The Shadow of Death, 6 campaigns from Armageddon’s Blade and the random scenario generator.

“What was the reason for this?” you may be asking. Well, apparently, the source data has been “lost.” This likely means that we will never see HD versions of the expansions (and all of their content) from Ubisoft. Otherwise, it can be safe to assume that a certain level of quackery is afoot. 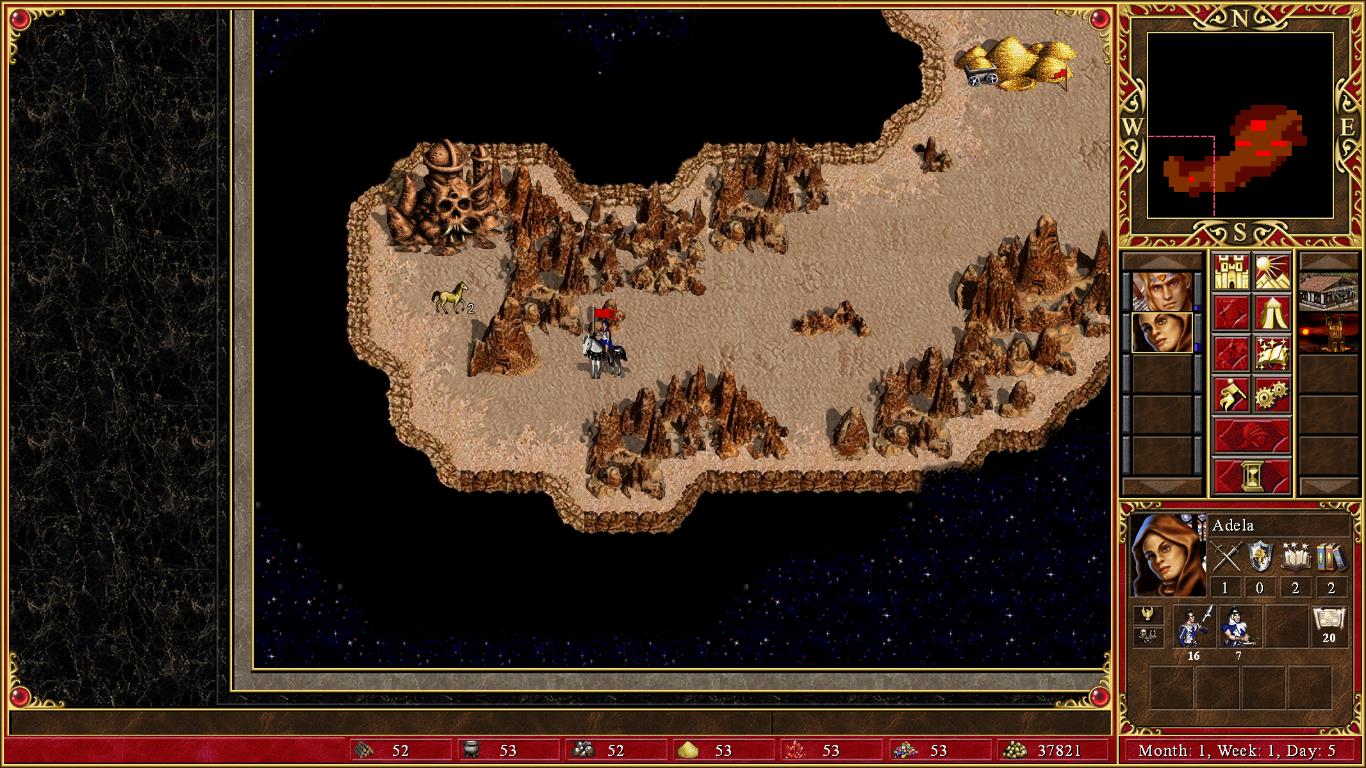 It’s not all bad though. The game, while extremely dated, does still have merits and can be very deep and complex for hours on end. The thing is, people need to understand that while this game did release on Steam, playing the game on PC was not the main thrust of this HD re-release, even if Ubisoft wouldn’t mind the extra cash you’re giving them through Steam. It’s the iOS release that’s the star here.

No longer will you be stuck playing at your desk on a large gaming rig, or at least sitting down with your laptop somewhere. You can play it on the fly. Wherever you can take your iPad, be it walking down the street, lying down in bed, on the privy, hanging upside down on monkey bars and what have you, you will be able to play Heroes of Might & Magic 3. And while the gameplay is deep, the controls are not. Add in the fact that the game requires more thinking than dynamic interaction the majority of the time and you have a game well suited for the iPad.

There’s also a map editor included, at least for the Steam version, so even if you can’t do random scenarios, you can still make your own! However, even if the iPad version is great in theory, it is still $9.99, which isn’t cheap by any stretch of the imagination for a mobile app where some of the most popular games are free. Add in the fact that the game will take up 1.1 GB of disk space on your iPad, which is pretty significant, and you’ll need to think twice.

And for those of you who are tempted to get the game on Steam for a blast of nostalgia, believe it or not, there is a far better alternative than the ~$15 offering on Steam. On GOG, you can find the complete edition of Heroes of Might & Magic 3, which includes both expansions and some other goodies, for $9.99. Still want to play it in HD? Download the HD mod for it. It might not be as crisp as the official HD Edition, but it’s not that much worse either. It is hard to recommend this game. If you played Heroes of Might and Magic III, and you liked it, 15 years ago when it first came out, you might get a bit of nostalgia from this release. The iOS version is certainly worth a look, especially if you have the disk space, cash, and enthusiasm for it. However, in regards to the Steam version, without the expansions bundled in and practically no changes, there exist better alternatives on the market for you to spend your time and/or money on.