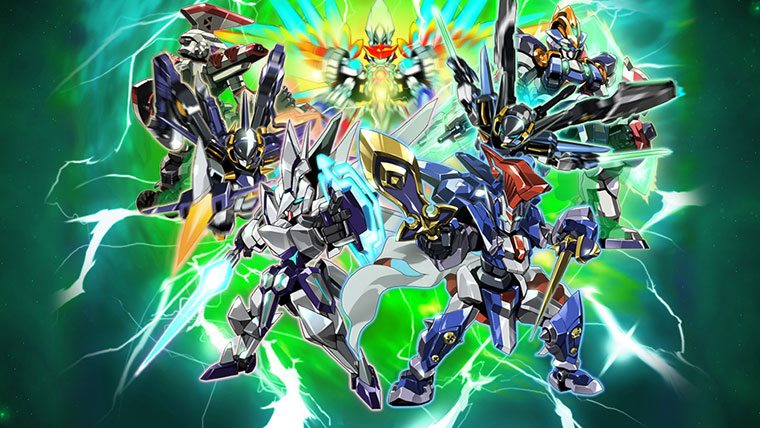 Coming from the very well respected Level-5, LBX: Little Battlers eXperience is actually a few years old, previously releasing in Japan in 2012. However, with the anime making its way to the US last year, Nintendo saw fit to partner with Level-5 and bring the game series here as well. While LBX: Little Battlers eXperience works as a fantastic pairing with the anime, as it actually recreates the events quite well, it also works just fine for completely newcomers to the franchise.

The story itself feels almost like a mix of other anime series like Medabots or even something like Yu-Gi-Oh. There is little that could be classified as deep about the story itself, but it definitely has plenty to keep children and even adults interested for awhile. In some ways, it almost moves a little too fast at times, as the game has a lot of storylines to go through, almost causing them to gloss over some events.

This story has you moving between areas quite often, thought the transitions are not seemless. Rather than a true overworld map like Pokemon or other similar games, each locale is rather small, with each only having a few small areas. When walking to an exit, a menu screen will come up where you can choose your destination, which grows a good bit as you get deeper in the game. 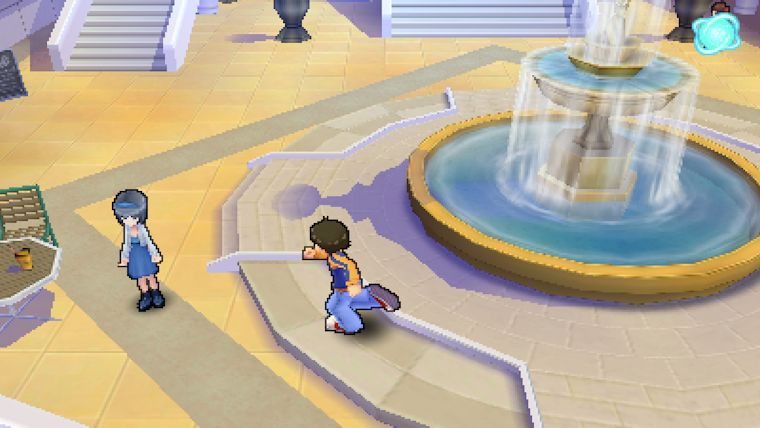 The game does require a lot of backtracking, and to help with that, the game almost always provides an arrow telling you exact where you need to go to advance the story. This has its upside and downside, as it is a great help to know where to go, as the game has a lot of areas. However, it also makes the game feel linear in some ways, but luckily there are some sidequests for you to take part in that require much more exploration.

These sidequests are done through the game’s Quest system, which is also the way to earn money in the game. The first quest will be introduced to you rather early in the game, and unlike the main story, doesn’t feature guidance icons. These range from typical LBX battles to finding certain items for NPCs, which are all ranked by difficulty. You can even download additional quests as well, though not that many are up yet. These are really good to take on throughout the game, as they are key to earning money, which is needed to help you purchase items for the game’s central feature.

Customization is the name of the game in LBX: Little Battlers eXperience, as pretty much everything in the game is centered around that aspect. Feeling in some ways similar to the Custom Robo series, the goal here is to construct your own LBX, or robots, which you for the most part build from scratch. This is far from just choosing armor to go over your LBX, but rather complete pieces that make up areas like the head, arms, and legs. These not only have superficial changes in design on your LBX, but greatly affect your stats.

Diving in even further, you will eventually have the ability to change the core of the LBX, which can be a little complicated. The cores are fitted in almost Tetris style shapes, with some of them affecting your LBX more than others. When this is first introduced, it is almost a little too confusing as the areas that cores can be placed do not always stand out from the others, even with the short tutorial.

Weapon choice presents the good kind of dilemma for players in this game, as there are a very impressive amount of them to choose from. Not only are there a lot of weapons in general, but multiple categories of weapons, ranging from swords, polearms, guns, and many more. Your LBX is not locked to a weapon class type or anything, which really enhances the game by allowing you to experiment with various weapon types to see which is best for you personally. 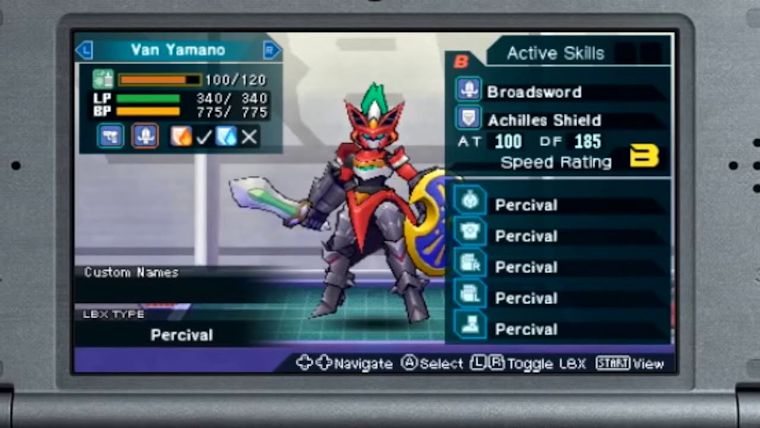 In addition, players also have the ability to equip two weapons, one serving as the main and one as the secondary. This is helpful as a way to allow for you to to best prepared for the battlefield, as you can go with both a short range and long range weapon, with the ability to switch between them very easily. Finding just the right mix of weapons for you is vital for survival in the tougher battles in LBX: Little Battlers eXperience, and luckily they have a very fair weapon system to go along with this.

Within all levels of customization, you also must work to adjust the LBX of anybody in your party as well, so it is a good idea to make sure you put keep a balanced team. Similar to something like Pokemon, you can technically focus all efforts on one LBX, but having strong teammates that can hold their own in battle is very helpful. Having some options here gives you a little more freedom in the gameplay choices as well.

While the customization and team building is a lot of fun and very in-depth, the gameplay itself leaves a little to be desired. Just looking at the gameplay itself, it’s actually very good, with a good range of offensive and defensive skills available. However, in longer gaming sessions, this can quickly grow tiresome, as outside of the pre-customization and weapon changes, the combat itself feels overly repetitive.

The good news is that the battles do run very well, with little slowdown or issues that many games have in fast-paced combat. The LBX themselves may be a little difficult to move sometimes, but otherwise it runs very smoothly within each battle.

The arenas that the LBX fight in vary a bit early on, but quickly become pretty stale. Most of these only have minute differences, such as a different styles of elevated platforms. While there are also stages based around status effects, including water and lava based arenas, they still feel like they could have been much more, especially after playing them over and over again. 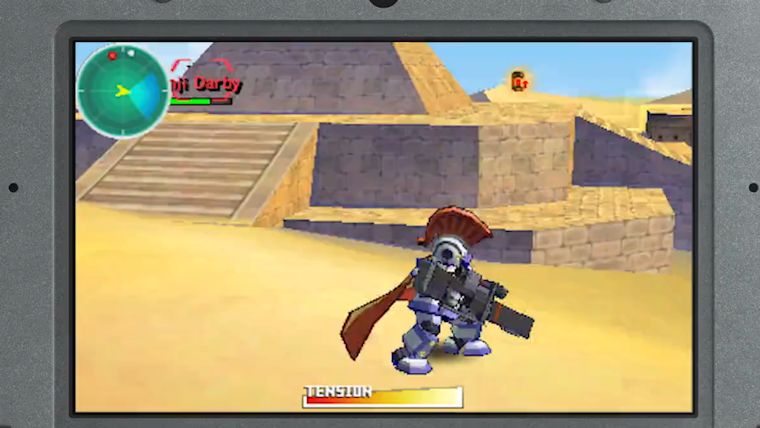 With a game that features customized robots squaring off against one another, of course it has to have a multiplayer feature included. You are able to play against up to five of your friends locally through wireless play, but it is disappointing that the game is lacking online multiplayer. Granted, this is a three year old game and they likely didn’t want to add much being a translation over here, but it still feels like a strange omission to not have in today’s gaming age.

The custom robot genre of games is not all that common, so LBX: Little Battlers eXperience definitely offers something fairly unique to 3DS owners. The customization options are impressive and are definitely going to be the big selling point of the game, but the gameplay can sometimes become monotonous in long sittings. Taking an eclectic blend of different gaming elements, LBX: Little Battlers eXperience does a good job at introducing US gamers to this new world, while also being a great handheld option for kids.