The latest news in the world of video games at Attack of the Fanboy
March 27th, 2017 by Dean James 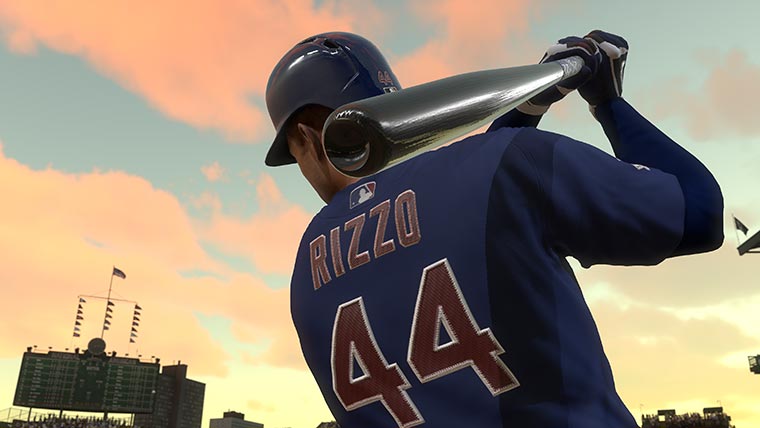 The upcoming Major League Baseball season is just about ready to start and it comes after one of the most exciting finishes to a season ever as the Chicago Cubs came back to win the World Series for the first time in more than 100 years. With the start of a new season, that means it is also time for a new entry in Sony’s exclusive baseball series with MLB The Show 17, complete with a cover athlete that is one of the best to ever play the game in Ken Griffey Jr.

One of the biggest concerns for any annual sports game is to make sure that it has enough new features to where it is worthy of a purchase each year, rather than just feeling like a roster update. This series fell into that rut two years ago, but managed to recover last year and has done a better job at introducing new content this year in MLB The Show 17.

The presentation in MLB The Show has always been top notch and San Diego Studio has managed to improve on that even further this year with a complete MLB Network broadcast package from the in-game graphics, including Showtrack, to the broadcasting team, the latter of which got a bit of a shake up this time around. Matt Vasgersian returns as the play-by-play man in MLB The Show 17, but now he is joined by MLB Network’s Harold Reynolds and Dan Plesac. The commentary was solid last year, but having mostly a new team with great chemistry is very refreshing to hear. 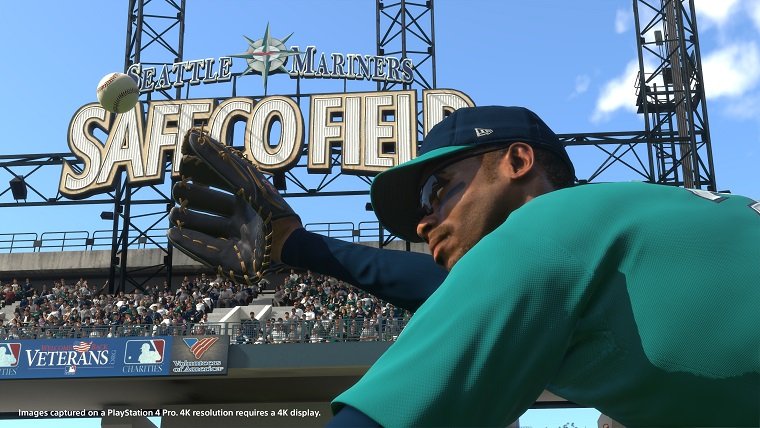 MLB The Show has also been known for its stunning visuals in the past and while other games are starting to catch up this generation, MLB The Show 17 still manages to stand above most of the crowd visually with its first foray into 4K and HDR. The player animations for players both current and in the past look great in the game, and thanks to the addition of a number of new hit, ball spin, and catch animations, the game manages to feel more realistic than ever.

Ken Griffey Jr. was not only one of the best in the league in the ’90s, but he also had a very successful line of games for Nintendo platforms that featured over the top arcade style gameplay that made them some of the defining video games for the sport in general. He is not just the cover athlete for MLB The Show 17 this year, but also the inspiration for the brand new Retro Mode that is a real trip to the past.

Retro Mode takes the simplistic gameplay of the Ken Griffey Jr. like games and mixes them in with the existing visuals we have in MLB The Show 17. You pick a team to use, which not only has the current roster for the team, but also some legends on the bench and in the bullpen for you to use as well. Pitching consists of you moving around on the mound to the spot you want to throw at, and then picking either a fastball or changeup by pressing up or down on the analog stick while throwing. Batting is also rather basic, as you can only move around in the batter’s box and then press X to hit the ball as it comes. There is definitely a lack of precision in Retro Mode, but it’s a great replication of the one button experiences from the old games that will be great for parties with friends. 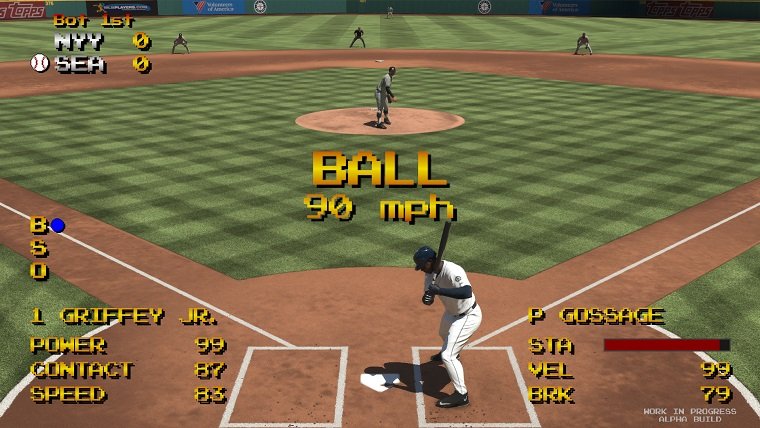 While Retro Mode is completely new to the series, MLB The Show 17 also features upgrades in other areas of the game as well, with the biggest coming to the fan favorite Road to the Show. This mode has always been the definitive single player experience as you create your own player either from scratch or based off of an existing MLB player and move him up the ranks from AA to the big leagues. In past years, you have mostly just spent all of your time either playing the games or spending your training points, but this year adds a new story element to the game that definitely does make the experience a little more interesting.

This new addition to Road to the Show is known as Pave Your Path, which adds a bit of a story structure to your journey through the minors and to the big leagues. This has you able to choose between different dialogue options as you interact with your manager, agent, and even the media. While it definitely isn’t the most involved dialogue option system in gaming, it still works pretty well as a way to let you control the narrative of your player. Do you want to be a team player that is willing to switch positions if asked or are you a player that is very individual focused and find yourself gloating to the media? That is completely up to you as you make your way through your career.

Pave Your Path attempts to utilize a documentary style system to tell the story, complete with a narrator explaining the more minute details of your player’s journey. However, unlike the very captivating story mode found in last year’s FIFA game, the narrator comes across very monotone and boring at times. Pave Your Path overall is a great feature to have in Road to the Show that can definitely be built upon in the future, but hopefully they work on making it a little less stilted at times. 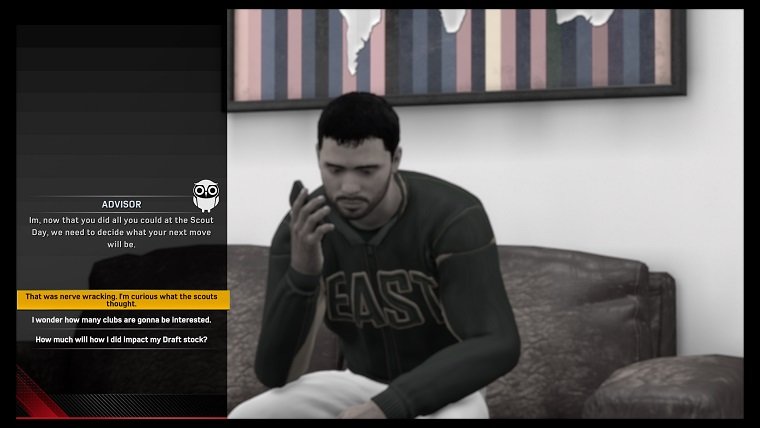 One of the reasons why Road to the Show has always been so attractive to players is that you can easily pick it up and play for a little bit here and there without getting too invested in a long gameplay sessions that other game modes like Franchise often require. San Diego Studio has introduced a few new gameplay options for Franchise in MLB The Show 17 though that helps to alleviate those concerns.

Still manages to stand above most of the crowd visually

The first of these are known as Critical Situations, which only put you in your team’s biggest late innings situations that can potentially alter the outcome of the game based on what you do. You also have the ability to use Player Lock and only play as one player on your team during your Franchise season, just like how it is handled in Road to the Show. An additional option is the new Quick Manage option, which lets you manage all aspects of the game as they come about in text based manner, along with the option to jump back and forth between this and game action, which felt similar to the sim system in Madden, though you actually have control of decisions here. This may be a little more involved than the other two additions to Franchise, but it can still be a good bit quicker than just playing the game yourself and is perfect for those that love the managerial side of baseball as much as playing.

Diamond Dynasty also makes its return this year with mostly the same set of features, but has seen some upgrades in other areas. The customization of your team is more robust than ever, along with more than 2,000 player cards to collect from more than 80 years of baseball history. There have been legends in the past, but there are a number of new ones here as well, including the brand new Ken Griffey Jr. of course.

Events are also going to be held throughout the baseball season in Diamond Dynasty, which will have you having to build a team with a specific setup to participate. None of these are going to be available until after launch, but they definitely sound like they could bring people back throughout the year. Battle Royale being added to Diamond Dynasty last year did a great job at making Diamond Dynasty feel more approachable, and it is back again this year along with Ranked Seasons and other online play in this mode. 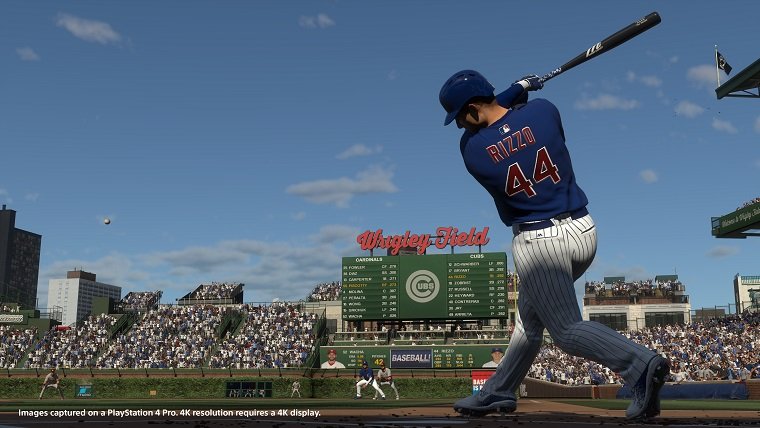 Online play has often been a struggle for the MLB The Show series and it seems to be a bit of a mixed bag in MLB The Show 17. Upon finding a match in either Diamond Dynasty or the other online modes, there were no disconnection issues of any sort, but the occasional stuttering that has plagued the series for years still remains at times. These online games were more than playable though, so it’s a definite improvement over some past entries, but be prepared to not have quite as smooth an experience as you do offline.

Sony has rarely struck out with their annual MLB The Show series and this year’s entry manages to keep that hit streak going. The visuals and presentation are the best they’ve ever been with a number of new hit animations and a revamped commentary team that simulate the MLB Network experience. With the worthwhile improvements to Road to the Show and Franchise mode and the incredibly fun Retro Mode, San Diego Studio has really knocked it out of the park with MLB The Show 17.