Are you ready for a challenge? 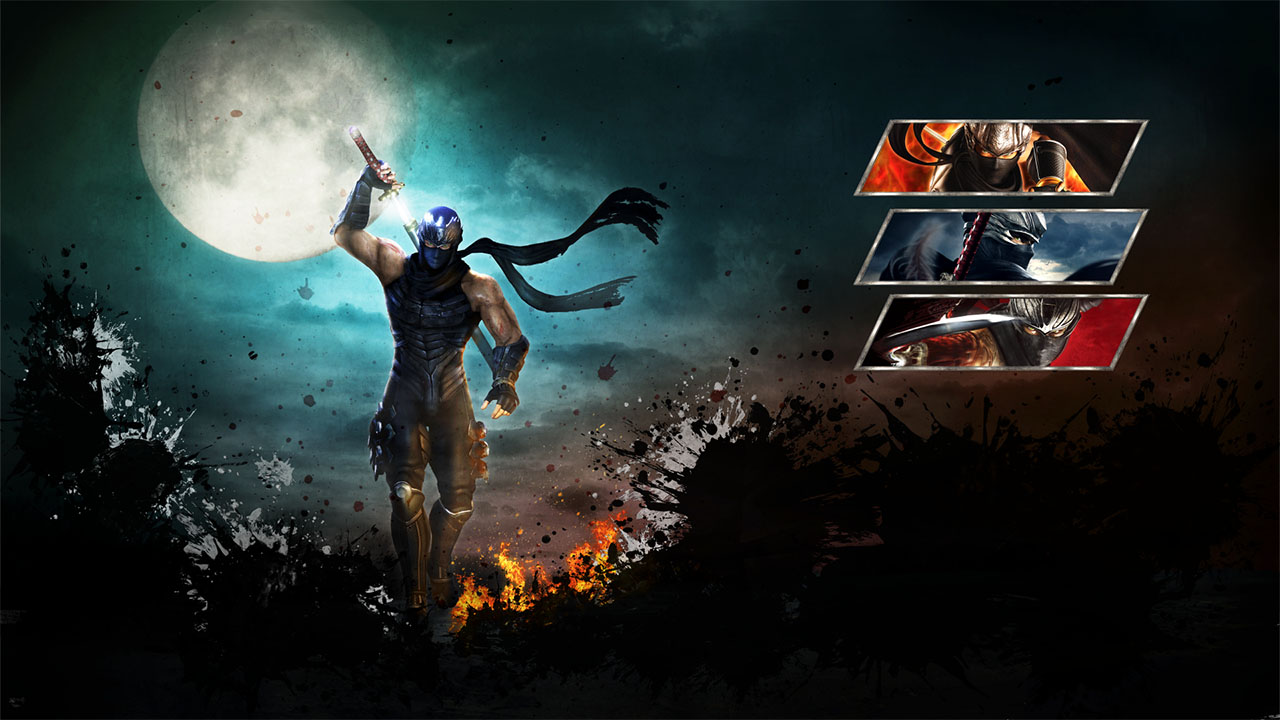 The original Ninja Gaiden debuted in arcades and later the NES back in 1988 and was definitely one of the pioneers of the term ‘NES Hard,’ as players tried to navigate Ryu Hayabusa through side-scrolling levels full of enemies trying to kill you. Transitioning to 3D gaming is often a major task, but Team Ninja stepped in and expertly brought the series to the modern era with Ninja Gaiden on Xbox, which spawned a full trilogy of games across multiple platforms. Outside of one spinoff and Ryu Hayabusa’s appearance in a few Dead or Alive games though, Ninja Gaiden has been quiet since 2012, leaving fans asking for a return. While it isn’t a brand new game at this point, Koei Tecmo has finally responded with the release of Ninja Gaiden: Master Collection.

Most well known for its harsh difficulty

Ninja Gaiden has certainly been one of the stranger games when it comes to varying releases on different platforms. This collection in particular chooses to go with Ninja Gaiden Sigma, Ninja Gaiden Sigma 2, and Ninja Gaiden 3: Razor’s Edge. The Sigma games are a bit controversial themselves, as a number of people prefer the original versions of those two, but the Razor’s Edge version of 3 is definitely an improvement over the base game. Taking it a step further is that the two Sigma games are actually based on the code for the PS Vita releases rather than the console releases as well. 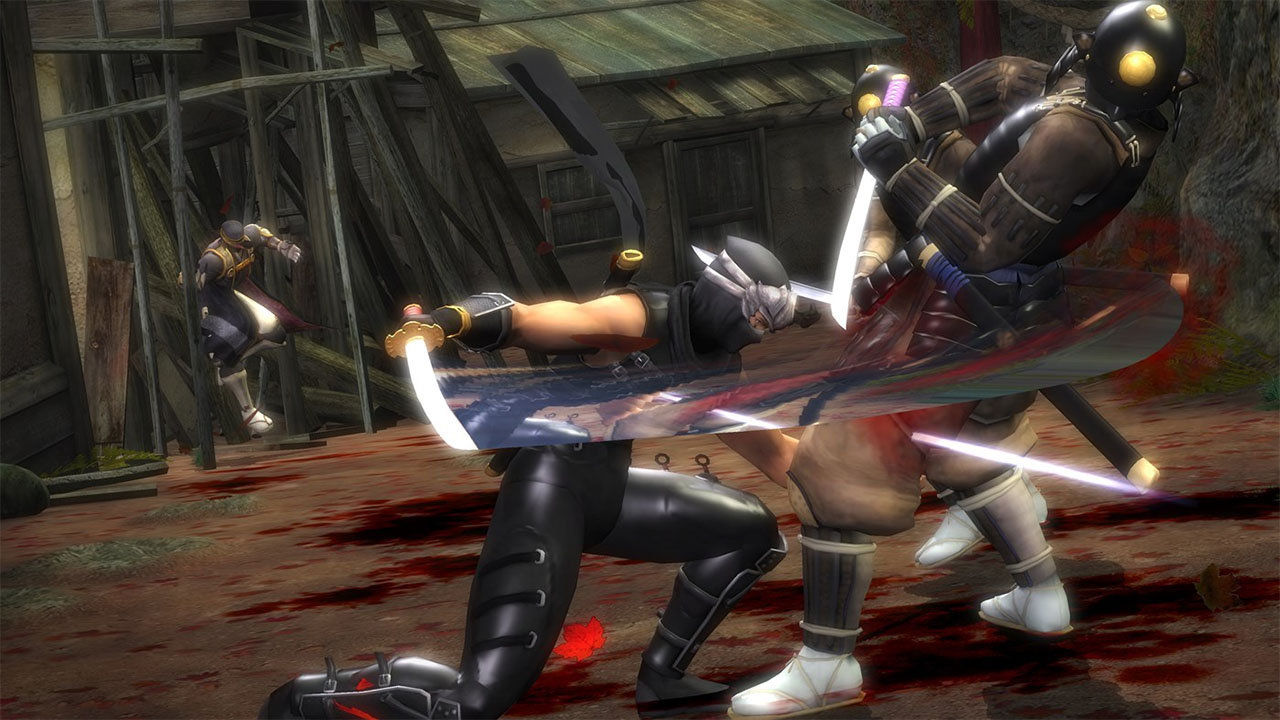 The Ninja Gaiden reboot originally released back in 2004 and still holds very well today in its Sigma form. While the game is certainly most well known for its harsh difficulty, which is ever present, it’s so much more than that. The story serves as a sort of prequel to the original games, where Ryu Hayabusa journeys to recover the Dark Dragon Blade that was stolen from his clan. Everything is not even as it seems though, with some neat twists along the way that really make the story interesting, even if it certainly can get over the top at times.

Being the Sigma version of the game also adds some additional content compared to the original or Black in the form of levels where you play as the Fiend Hunter Rachel. Her levels are a lot shorter and usually a bit easier to make it through, but they are still fun nonetheless. Your items are also kept separate from the Ryu stages as well, so you can sort of use everything in your arsenal when playing as her.

What really makes this game special though is the gameplay, which really makes you feel like a ninja as you’re fighting various enemies in the game. The difficulty is there, but that just means you need to master the controls and techniques at your disposal to survive. Using the Flying Swallow and Izuna Drop especially can really help to save you in battle. Rachel’s larger weapon also handles differently as well, which requires you to alter your strategies in battle from Ryu. 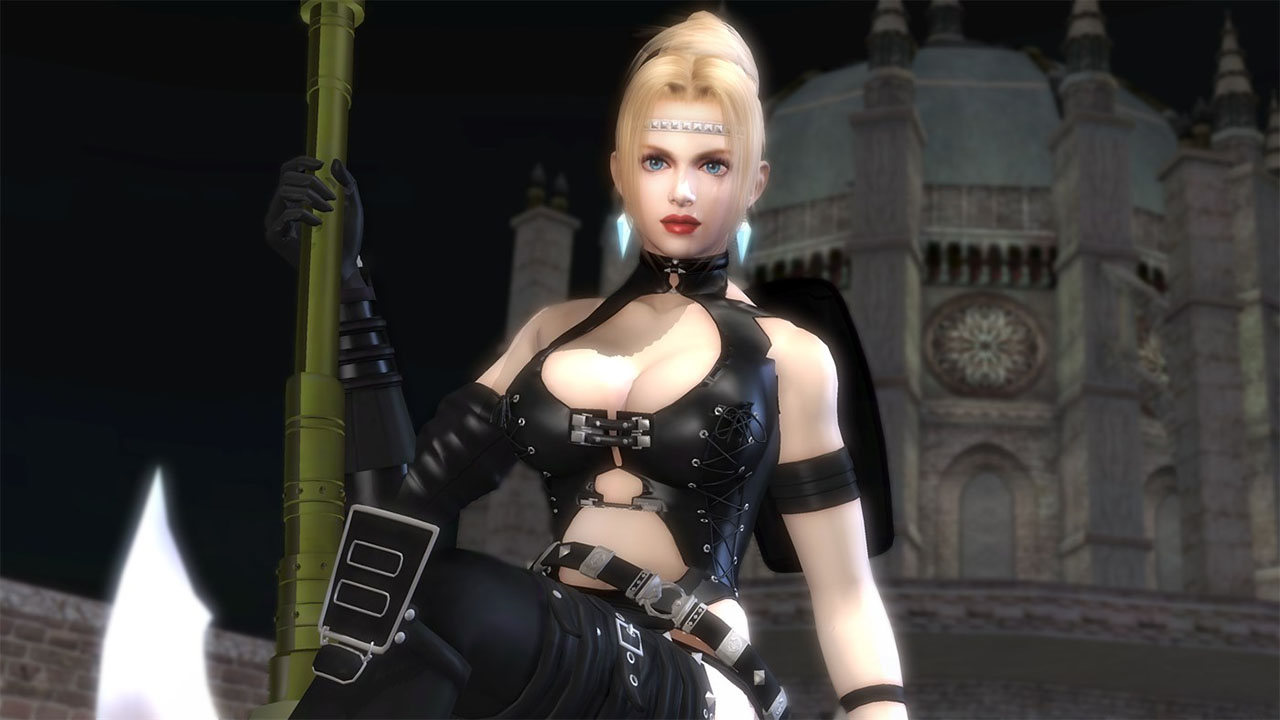 The game is also full of boss battles that take things to an entirely different level of difficulty, often requiring you to try and try again. Your moves have to be very precise here, almost seeming like a precursor to the Souls series in some ways. This is where the game can feel dated though, as the controls aren’t quite as tight as some modern games and will take some getting used to when playing. Saving in Ninja Gaiden Sigma may also feel a bit dated as well, with Save Statues found in the game and no sort of auto-save. Sigma itself does add additional Save Statues from the original, so that does help and won’t have you backtracking too much if you happen to die. There are a few spots in the game that are pretty arduous and can be a pain to go through again if you die before saving though.

Ninja Gaiden 2 Sigma is the next game in the collection, which doesn’t feel like a drastic departure from the first. The gameplay is mostly the same and the game itself handles about the same here as well, but the story itself feels like a bit of downgrade as Ryu tries to stop the resurrection of the ancient Archfiend. Sigma 2 made the decision to limit the overall number of enemies and increase the health of the ones remaining compared to the original Ninja Gaiden II, which makes it feel a little more lined up with the first Ninja Gaiden’s style overall.

As was the case with the original Sigma, Ninja Gaiden Sigma 2 also adds in additional missions where you play as three additional characters, Ayane, Rachel, and Momiji. These three are also playable in the game’s Tag Mission mode that was around prior, but this time has no online multiplayer included. This is also the case with the third game in this collection as well, with it seeming like they decided to eschew online content this time around. 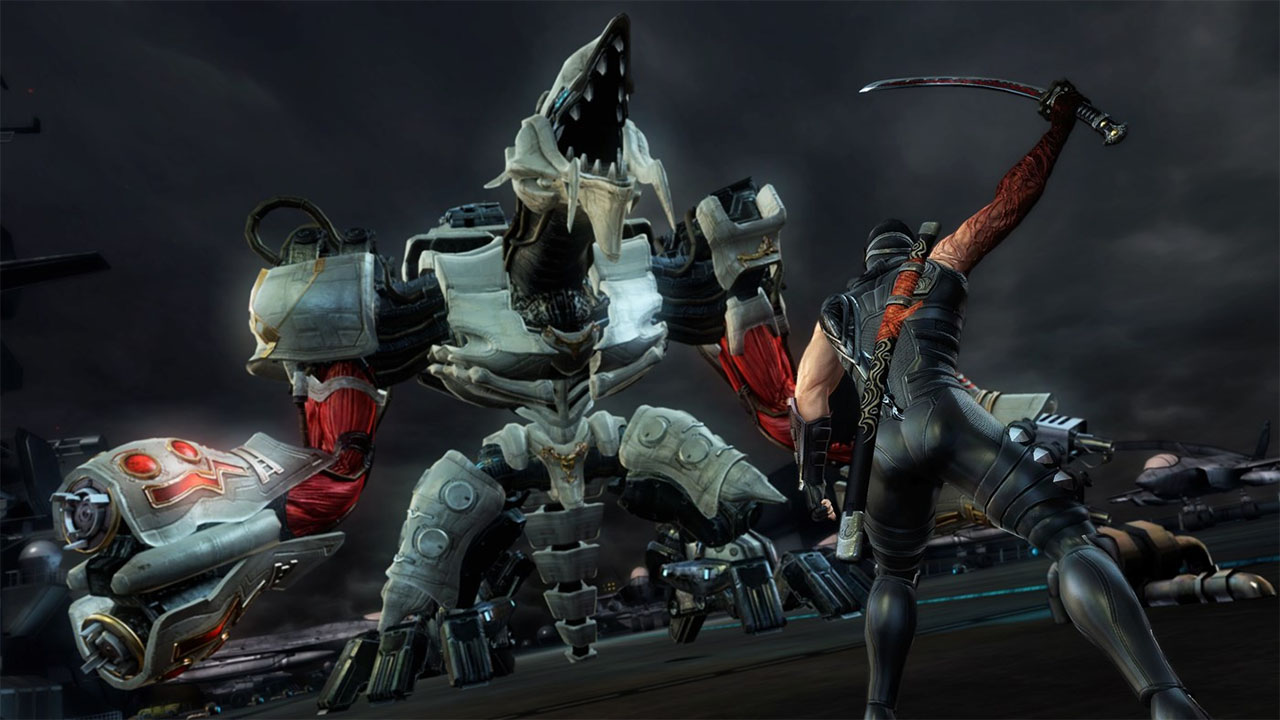 Like the first game, Ninja Gaiden 2 has Save Statues that you can use to save throughout the game. However, the big change here that does make things a bit easier is that interacting with one of these many statues in the game also heals you. This was not the case in the first game, which could makes things very challenging if you saved with minimal health and struggled to advance from that point forward. This often made it worth having multiple save files just in case, while here you do not even have that option. This can be seen as both a good thing or a bad thing depending on the player, as it does make the game a little easier, but also less frustrating as well.

Another change in Ninja Gaiden 2 is that items like Life of the Thousand Gods are automatically used as soon as you find them in a chest. In the first game, these would go to your item bag and require you to activate them to use. It feels like Team Ninja tried to streamline parts of the experience in the sequel, which definitely serve as some great qualify of life improvements.

The final game in the collection is by far the most disappointing of the bunch even still today with Ninja Gaiden 3: Razor’s Edge. While it is the improved upon Razor’s Edge version, this one just doesn’t click the way the first two do. The story is incredibly convoluted, where Ryu ends up losing his Dragon Sword and is cursed with what is known as the Blood Grip that is slowly killing him if he does not kill more people to feed the curse. This leads to the game’s chapters being split across days rather than specific locations like in the past. The only other character playable in the actual story missions is Ayane, but Momiji and Kasumi are usable in other modes. 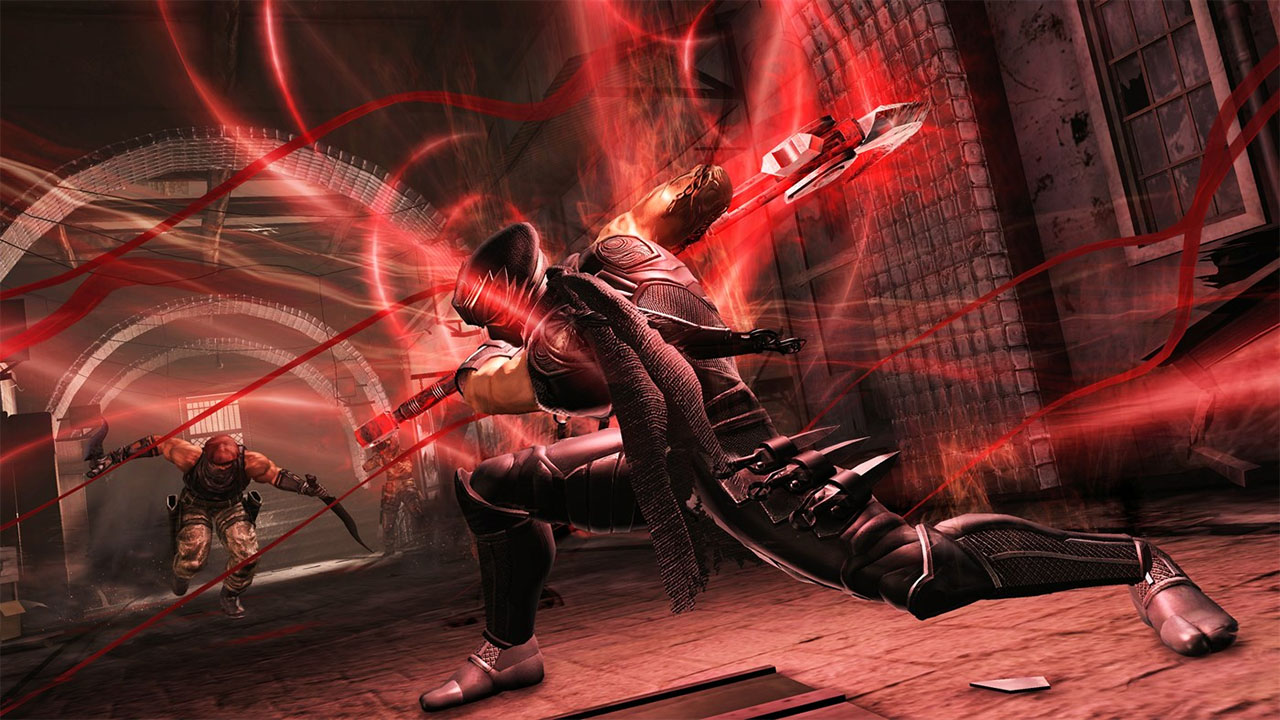 Ninja Gaiden 3: Razor’s Edge thankfully fixes some of the major gameplay problems that were present in the base game, but there’s still something missing compared to the first two games. Team Ninja seemed to try and make things way too easy this time around for some reason, which still is the case in this latest release. The shortness of the game also factors into this, with it taking half or less the time to beat than the other two. This is a mix of the overall structure of the game, the difficulty, and just the streamlining of the entire experience. Being shorter may not be such a bad thing though, as those wanting to complete the full Ninja Gaiden: Master Collection won’t have to play it for quite as long compared to the first two games.

There has been a lot of concern about the visuals and performance of the Ninja Gaiden: Master Collection, largely because of the usage of the two PS Vita Sigma games, but the good news is that the collection itself looks and runs great. While the games weren’t completely remade or anything, the visuals were definitely touched up and look quite good in a 4K resolution. The games also run at 60fps and it really makes everything feel very fluid, which is very important in a game like this. Each of the games have their own native hiccups as part of the original code that can’t really be fixed, like the still questionable camera at times, but they overall do run pretty well.

Most game collections are built around a central hub menu that lets you start up the games within it and then easily switch back and forth between them, but Team Ninja made a very strange choice with how they handled Ninja Gaiden: Master Collection. Instead of this hub, like you’d find in something like Mass Effect: Legendary Edition, the game it actually three separate downloads, which is even more confusing with how they are categorized on PlayStation 5 if using backwards compatibility. This does allow you to delete parts of the game you aren’t playing so that it doesn’t take up as much space at one time, but it really doesn’t even make it feel like a collection due to this. 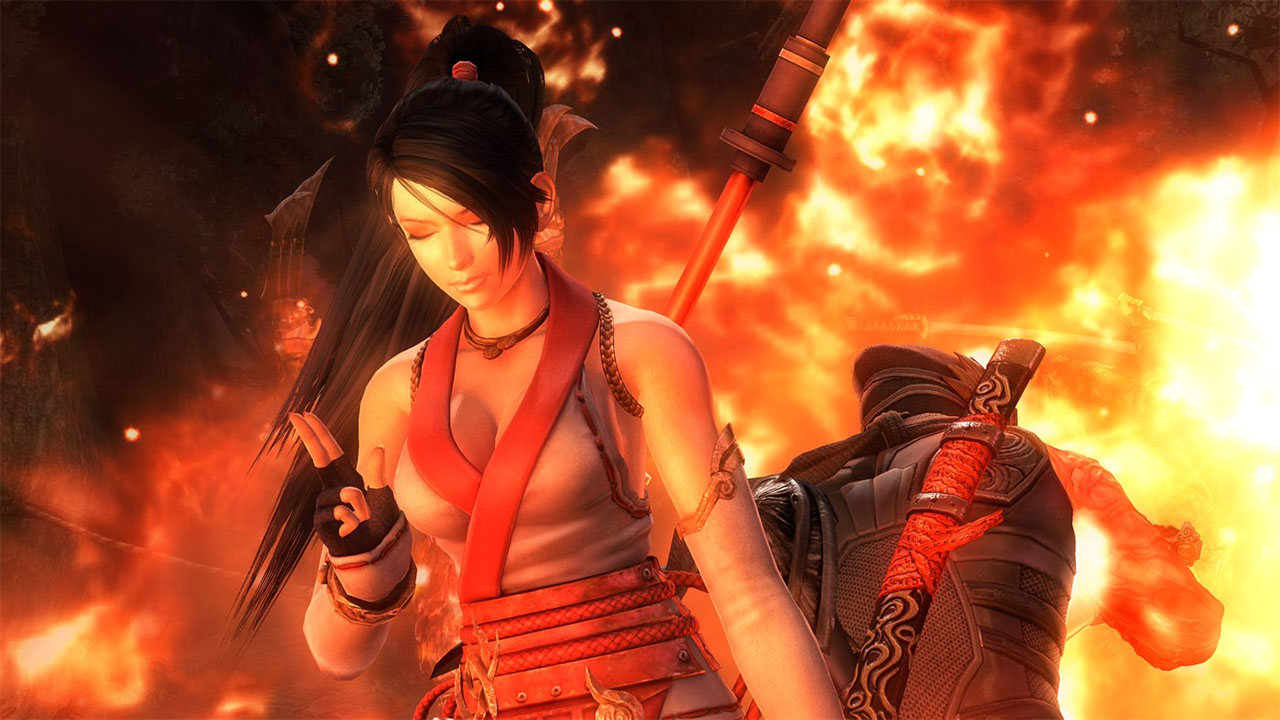 Where annoyance of this style setup turns into major disappointment is with how the game is lacking any sort of bonus content to make it truly feel like a Master Collection. Game collections often includes things like new concept art, music players for the games, or just something to make it feel special as a collection and not just three separate releases bundled together rather than being sold separately. What makes this even more frustrating is that fact that both a digital art book and digital soundtrack were made available for this game, but only if you purchased the Deluxe Edition of the game instead. These are easily things that should have been included with the regular game itself as a way to really tie the games together to feel like a collection honoring the series, rather than just getting the games by themselves.

Ninja Gaiden has been long overdue for a new game and hopefully Ninja Gaiden: Master Collection is the first step towards getting there. Other than the addition of improved visuals with 4K resolution at 60fps, the games are essentially as they were before in their previous releases. This combined with the lack of a launcher hub makes it not even feel like a true collection, but rather individual re-releases. Even with a lack of new content though, two of the three games are still quite enjoyable within Ninja Gaiden: Master Collection and it gives some hope for a full scale return of the franchise.

Featuring two very good games and one fairly mediocre game in one package, Ninja Gaiden: Master Collection is well worth trying out, whether you missed out in the past or just want to slash up some enemies as Ryu Hayabusa all over again.