3 feet away on the green from a hole in one. 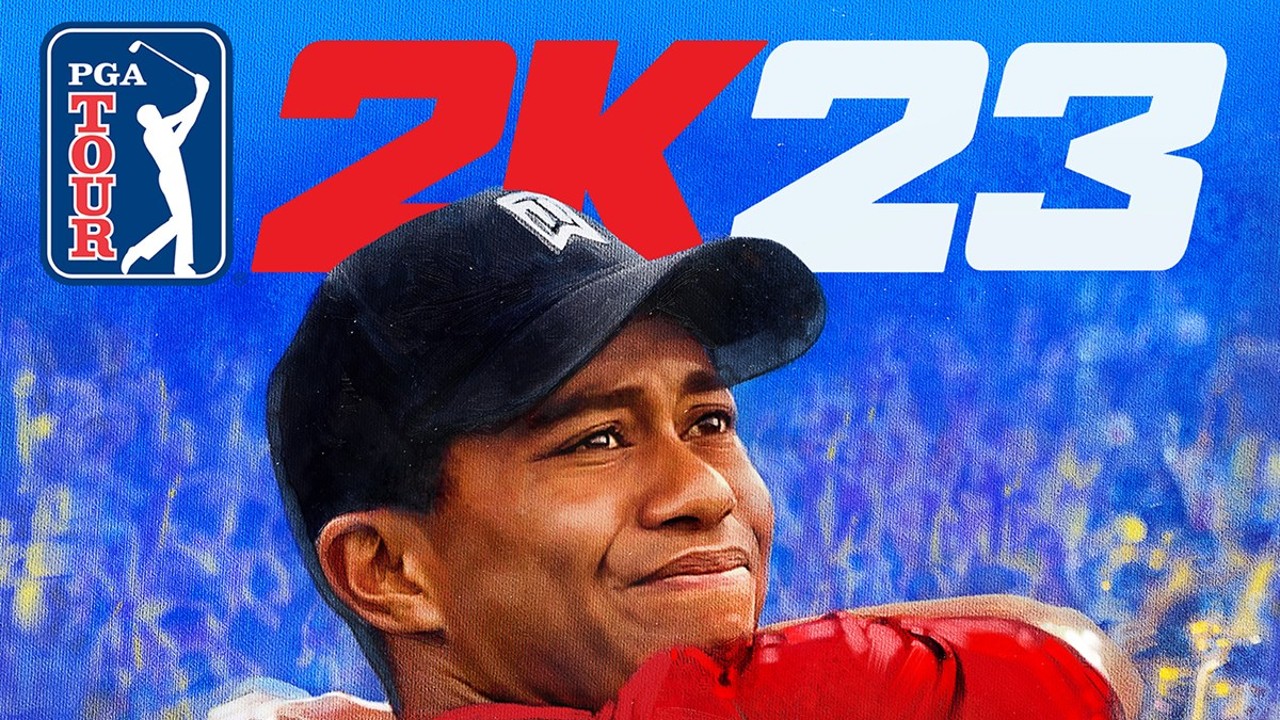 If you would have asked me my opinion of PGA Tour 2K23 during the first initial hours of playtime, I would have had something completely different to say than I am now. As someone who has spent countless hours with arcade-styled golf games, the opening hours of PGA Tour 2K23 felt painful. However, after many hours spent deep-diving into this title, I can emerge feeling like a champion.

The amount of thought put into each drive and every putt is meticulous, and the learning curve is steep. You’re going to lose, and you’re going to feel it. However, if you’re willing to put in the time and effort, you’ll find one of the most entertaining sports titles on the market

PGA Tour 2K23 is not the kind of game to hold your hand. After a brief tutorial, you’ll be on your own to figure out where you’d like to go next. As someone that grew up around the time of the Tiger Woods PGA Tour Series, expectations of an easy-to-pick-up-and-play golf title sounded like an exciting idea. I was quickly proven wrong.

You’re going to need to think before you act. With the action of swinging mapped 1-to-1 with your control stick of choice, you need to make sure that you’re paying attention to every swing. You must factor in the direction and speed of the wind, and the lie of the field, before even attempting to swing. This is a simulation title through and through, and it will not take it easy on you.

However, after a few rounds on a course of your choosing, things will start to click. The normal slices that you may have encountered at the beginning of your journey to the PGA Tour will become much less frequent. You’ll find a rhythm, allowing you to put in the work necessary to become the champion.

And that’s where this title opened up for me. After these opening hours of struggling to find my pace and my rhythm, suddenly I was noticing my shots were straighter, my drives were flying further than ever before, and I was becoming more comfortable with my own skills. Learning the ins and outs of what makes this game tick help set it apart from the crowd. 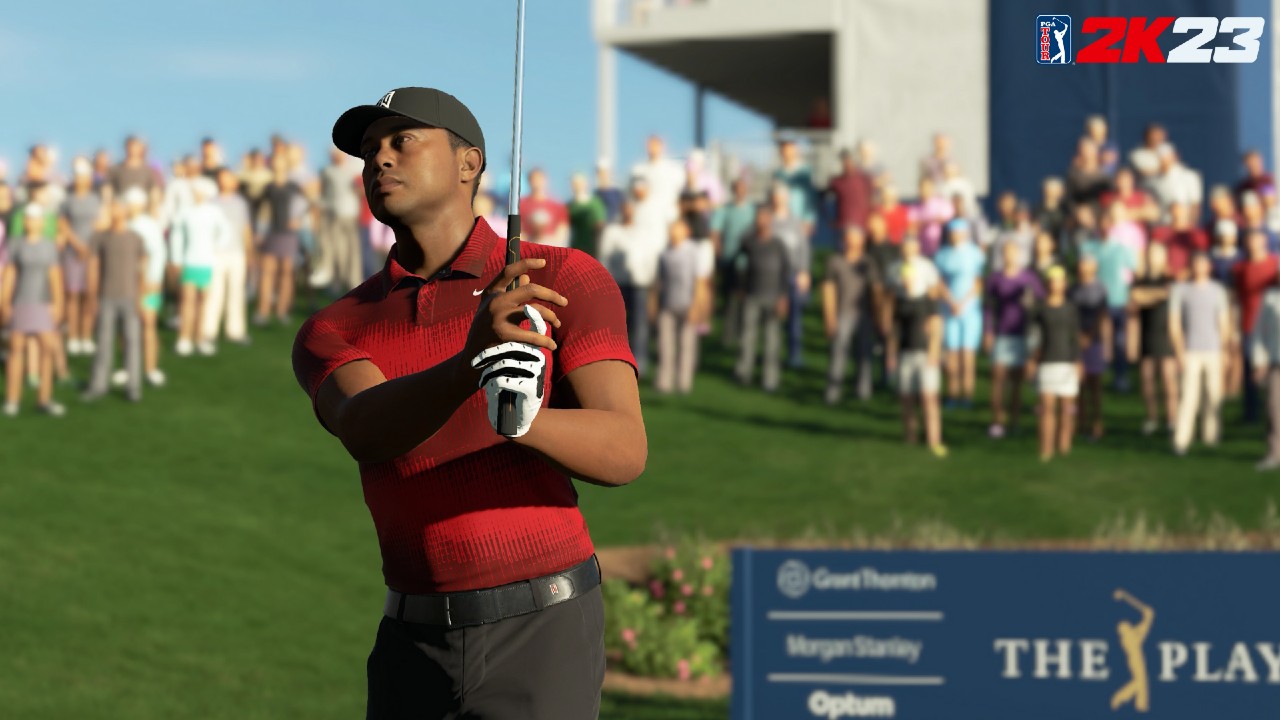 When you first make your way onto the vast courses included in PGA Tour 2K23, you’ll notice the amount of care that went into them. Seeing some of your favorite courses come to life with high fidelity is amazing, but there are a few parts that keep this game from reaching the heights of other sports titles.

While 2K Sports is known for a plethora of different titles, NBA 2K23 helped push their graphical fidelity to the highest level they’ve ever been. Character models in 2K’s most recent Basketball simulation help sell the immersion, and that’s because of their use of the NBA 2K Engine. However, the same cannot be said for PGA Tour 2K23, which uses Unity.

While the environments are stunning, the character models are not. There are plenty of moments when the uncanny valley takes over, especially watching your caddy speak to you without moving their eyes once. It’s jarring, but the general animations of the game make up for these sometimes frightening faces.

It can also, at times, be obnoxious to see every player make the same animation after a botched chip or putt. Every player has a unique style of play, so let that reflect in their animations as well. It would be great to see 2K transition the series over to a different graphical engine to take advantage of current-generation systems.

Seeing how well other sports titles have looked on current-generation consoles makes it painfully obvious how much this title is in need of a fresh coat of paint. With improvements across the board, we can only expect to see that models are given the same treatment in the next installment. Breathing some life into these models can help sell the immersion of this title even further, bringing it inches closer to photorealism.

So Many Ways To Get On The Green While the graphical presentation may not be up to par with some of their other titles, PGA Tour 2K23 stands out from many other simulation games by offering just that: simulation. As you learn and progress in this title, you’ll be able to feel the improvements that you are making. You will not be able to just jump in and excel off the bat, or rather, the club.

If you go onto a course of your choosing and score +16 the first time around, don’t fret. That’s honestly pretty normal, but as you begin to learn the game’s finer details, you’ll be swinging like a pro and delivering a spectacle to the crowd that surrounds you. And much like the true sport, the crowd and sound design are something quite marvelous to behold.

There are no musical tracks on the course to help pump you up and invigorate you. You’ll hear the babbling waters of the lake near you and the gentle crunch of the grass beneath your feet. The satisfying thwack of your favorite club as it sends a golf ball down the fairway and ever closer to the green is something that you’ll always love to hear, even if the announcer doesn’t sound enthusiastic about it.

While the announcer sounds like they don’t really want to be there (which you can turn off), the roar of the crowd will make you feel the impact of every hit. Watching your ball careen towards the hole on a long putt, the rising enthusiasm of the crowd as it gets near the hole. They’ll either erupt in joy with a successful hit or sigh in agony much like yourself if you just barely miss it.

And while there are no licensed tracks on the soundtrack, the music that you’ll be hearing in the main menus and throughout tournaments is more a hit than a miss. Admittedly, there are a few tracks that initially left me scratching my head, including a song that sounded like a Trap-remix of Castlevania music, I grew to enjoy it the longer I spent with the title.

MyCareer Is Pretty Straightforward Once More 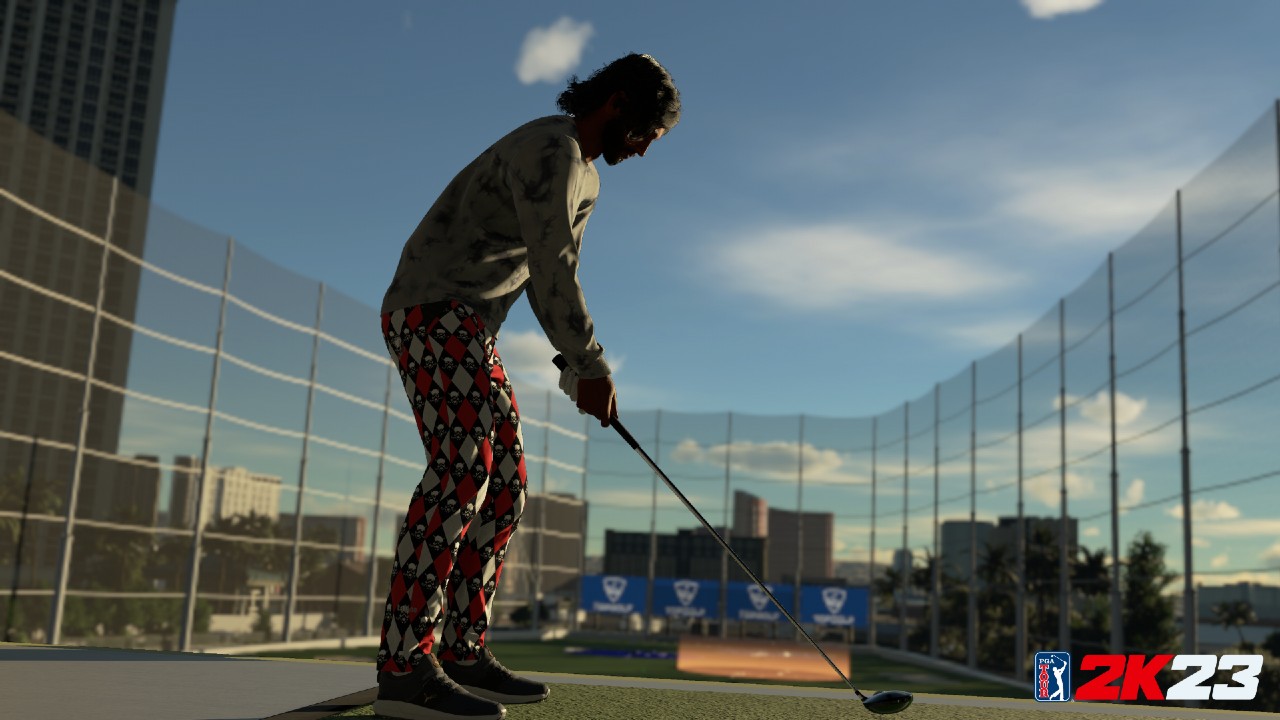 As you progress toward the PGA Tour in the MyCareer Mode, you won’t need to worry about cringy rap battles and trying to get your hands on as much corporately branded merchandise as possible to progress as you must in NBA 2K23. You’ll just be playing the game of golf, and becoming the next household name, that’s all there is to it. For those wanting a story, you won’t find one here.

Which, in a sense, is a blessing. Some parts could be fleshed out more, such as making actually impactful Sponsorship Deals. However, if you’re just here for a brilliant game of golf and want to see if you’ve got what it takes to make it to the top, this is exactly the game that you’ll want to pick up when you see it on shelves.

Speaking of which, there are no options for pay to win with this title. You are not able to spend real-world money to purchase skills, but you’ll be able to outfit your character in some excellent clothing options before someone else. Without an option to buy your way to the top, you’ll need to earn it as you make your way through the different modes that the game offers.

Since you can technically unlock everything in the game by grinding your golf skills, you don’t need to worry about spending hundreds of dollars to get your character to a usable state. For those that are ready to hit the links, this is some great news, as you won’t need to worry about facing off against a golfing giant on your first online match.

You’ll also find that there is more than enough to keep every kind of player happy. If you’re looking for a new way to play with friends, take them to the Topgolf segments. If you’re looking to blow off a bit of steam, hit the links of your choosing. There is plenty to do here, and plenty to keep you coming back into the game.

If you’re willing to devote the time needed to this title, you’ll find one of the most exciting sports games around. It’s not going to hold your hand, but it’s going to do what it needs to help shape you into the next face of the PGA Tour. The endless frustration of a barely missed putt, versus the excitement of a hole-in-one that you finally nailed is exhilarating.

There are a few missteps here that prevent it from being the best sports title on the market, especially with its graphical downfalls. That being said, if the developers improve even further upon the gameplay in a subsequent release, as well as improve the quality of animations and graphical fidelity, we’ll have an absolute winner on our hands.

More on Attack of the Fanboy :
PGA Tour 2K23