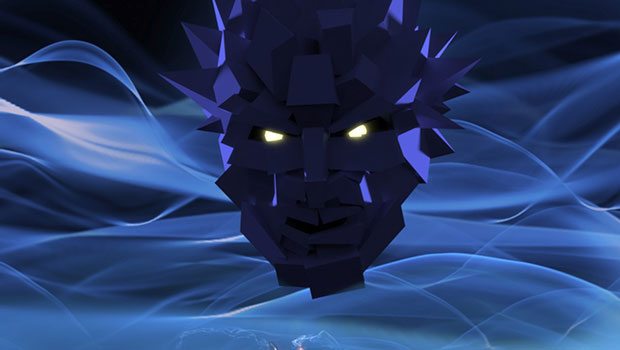 Sony’s extensive lineup of first party games lends itself well to a brawler, that’s why it came as no surprise when the company announced PlayStation All-Stars Battle Royale for the PlayStation 3 and PS Vita. This genre of a game is not a new idea. Nintendo invented the brawler with its Smash Bros. franchise, and SuperBot Entertainment is now taking a crack at it, with an immense roster of fighters from the most iconic PlayStation games that span multiple generations.

Calling this a Smash Bros. clone however, would be a disservice to SuperBot Entertainment and Sony, who have tweaked the formula to come up with something original from a gameplay perspective. Take into consideration that this party brawler also features online connectivity and a suite of features like ranked matches, leaderboards, and all the online trimmings that this generation is known for, as well as allowing players to “Cross Play” between the PlayStation 3 and PS Vita, and you’ve got a completely different animal.

Out of the box, PlayStation All-Stars allows players to choose from twenty iconic characters, with more to come via downloadable content. These range from first party favorites like Kratos, Sly, Nathan Drake, Sweet Tooth and many others, to third party characters from a variety of games. These characters represent nearly the entire lifespan of the PlayStation brand, and feature levels that are right out of these game worlds as well. There’s an equally spread out blend of characters and locales in All-Stars, which gives the game an all encompassing look at the entire family of PlayStation games. Each character features his/her own set of standard moves, multi-tiered super moves, and cinematic intros and outros, as well as other unlockable content.

All-Stars’ gameplay is centered around the almighty super move, and the accrual of power to fill a three tiered meter that will unleash more damaging attacks when activated. Match points are scored by using super moves to kill your opponents. Standard moves will not earn you any points towards your overall score, but will instead build your meter. Tier one attacks are the lowest of three, and range in power for each character. What you’ll find is that each character has a different pace, with some having better Tier 1 attacks, and others having slower more useless offerings at a given level. If you don’t spend your earned power, you’ll progress towards level 3, where you’ll unleash a cinematic, character specific attack, which is near insta-death for your opponents.

The real game is getting there. Getting to these super moves will require that you learn a great deal about how the game is played. Sure, due to the nature of the game, you can certainly be competitive without knowing all of the nuances for PlayStation All-Stars, but there are quite a few that can help you earn more power quickly, and avoid enemy attacks. Dodges, rolls, and blocks play a big part in this game, setting you up big counter moves and combinations that can transition into power for your character. Throws will force enemies to drop stored power, which you can scoop up for yourself if quick about it. PlayStation All-Stars has the feel of a traditional fighting game at times, far more than say the Smash Bros. franchise. However, PlayStation All-Stars is a no frills affair, barebones menus and options aren’t going to overly impress with their generic look and feel, but they do cover all the bases. You’ve got single player story mode offerings for offline players, combat trials, a practice mode, online ranked tournaments, local versus matches, and a bevy of customization features to enhance your online presence.

The PlayStation All-Stars roster is extremely varied across its twenty combatants. Each character has specific strengths and weaknesses, that can fit a number of different play styles. Like more traditional fighting games, All-Stars forces players to learn unique combinations for each character that’ll help stack points. This will give players that stick with mains, the upper hand in many online battles, and can give trying out new characters a steep learning curve. Thankfully though, it all works exactly the same on whatever platform you choose to play All-Stars on. PlayStation 3 players who also own a PS Vita will get a free copy of the handheld version of the game, taking advantage of Sony’s Cross Play functionality.

However, leave it to Sony to screw this up. The ipitomy of the challenges that Sony has faced this generation left me with a bad taste in my mouth upon firing up PSAS for the first time. A non-mandatory update is necessary to access both versions of the game as well as the cross play functionality. However, Sony nor Superbot take the time to tell you this. They leave it completely to you to find the answers as to how to access the content. In this age of internet it wasn’t too hard to figure it out as thousands of other All-Stars players were wondering the same thing, but to miss such details at launch of such a highly publicized game is just bad business. It’s not just this, Sony’s online pass can’t be input through the game. So what happens is, you open your new copy of PSAS, pop it in your PS3, and then you must exit out to the PlayStation Store if you want to continue or play online. There are just too many hoops to jump through just to play the game. Once you do have it up and running, its not a bad deal. A free copy of the game on the PS Vita is something that I think anyone can appreciate. It’s certainly the case with PSAS, because its probably the best fighter on the handheld, due to its simplified control scheme. Quick matches are rewarding, and are identical in nature to their console counterparts. All the online functionality is there, as well as the story modes, practice modes, and other content.

For those that own a PS Vita and PS3, All-Stars is a no-brainer. You get two games for the price of one, and it could be the best game on the handheld all year. Standing alone on the PlayStation 3, All-Stars is more of a mediocre experience. It doesn’t have the charms that Smash Bros does, nor does it have the deeper single player modes, but its a decent first effort nonetheless. The cookie cutter progression system isn’t going to really engage you like other online experiences, but its good for the occasional bout of chaotic PlayStation themed action. Which is precisely why this is best played in small doses on the PS Vita. I didn’t have a reason to take my nearly year old handheld with me while away from home, but with All-Stars I’ll probably need to clear out some pocket space.