The latest news in the world of video games at Attack of the Fanboy
October 28th, 2014 by Dean James 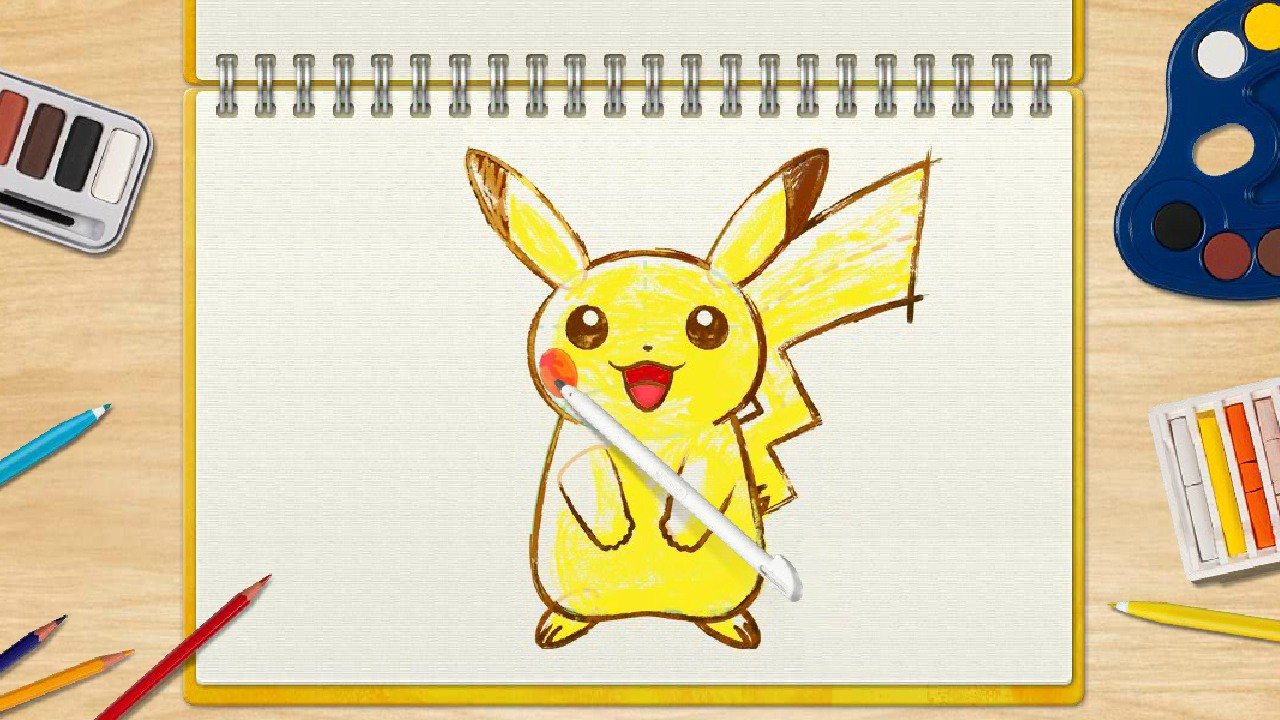 Starting as simply a downloadable DSiWare title, the Art Academy franchise soon blew up with a full scale release on not only the DS, but also the 3DS. Perhaps the most fitting game of all for the DS, Art Academy utilized the stylus to perfection by giving gamers the ability to not only learn the finer points of the art of drawing, but also a chance to create their own unique masterpieces. As an excellent educational tool for children, it makes perfect sense to pair the series with another “kid-friendly” franchise. Thus Pokemon Art Academy was born.

The Art Academy series has always been known for its aim to teach anyone, regardless of age, the many elements that it takes to draw. Pokemon Art Academy is no different, as the game’s goal is to educate first and foremost. Just like its predecessors, the game is split up into a series of lessons,across distinct difficulty levels, each with a growing learning curve. This is very important, as many may view a game such as Pokemon Art Academy as extremely easy. That is exactly how it may begin, but very quickly the difficulty ramps up with more advanced techniques.

Pokemon Art Academy will not instantly turn the player into a master artist, but it does an effective job of gradually adding new tools and layers to the drawings through the different lessons. The variety of tools include markers, pencils, spray cans, and even paintbrushes, the latter of which can provide really beautiful pastel images. The colors can also be chosen from all across the spectrum, so if somebody wants a turquoise Pikachu, they can easily make it happen. 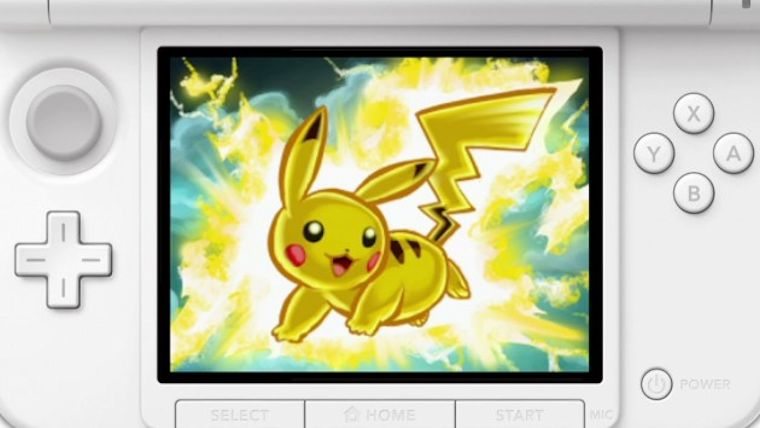 The novice lessons introduce the simple outline and color tools, while the later graduate lessons offer such details as line weighting, special effects, and advanced shading. Having three lessons per difficulty level, plus a final lesson on each allows the player to get their feet wet with the easy stuff and move on when they are ready. In addition, each lesson has alternate Pokemon that can be drawn to extend both the length of the game and practice time, though the game does feel like it could have been offered at a cheaper price as an eShop only release.

As the player advances through the lessons, he or she will be paired up with another student, who is not a very exceptional artist from the start. This leads to one of the game’s biggest flaws, the lack of grading or constructive criticism of any sort. Regardless of how bad one’s artwork is, the professor will continue to praise the work of both the other student and the player.

There is nothing wrong with humoring children who may be playing, but at the same time, it will never push anyone to get better unless they notice their weaknesses themselves. A grading scale should have been implemented in some way, even if players had the option to disable it. This simple inclusion would have greatly improved the game’s replayability, as gamers would continue to try to best their previous grades.

Not only does the game offer lessons, but also two modes known as Free Paint and Quick Sketch, both of which allow the player to draw freestyle.  Within each, the player has the option to choose from a number of different Pokemon, where he or she can then draw them  any way they please. Beyond the images included in Free Paint, more will be uploaded in the future, including a Halloween themed one that is available right now. 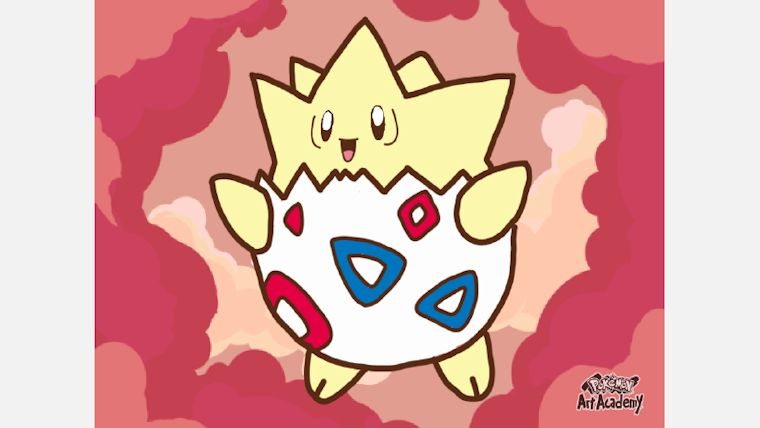 If someone manages to get tired of drawing Pokemon, Free Paint also allows the importing of custom images from an SD card. This includes photographs that have been taken by the camera or any others stored on the SD card. In reverse, players can also export their pictures to the SD card and view them on the computer in 1024×768 resolution. This feature is very useful for those with children, as he or she can print out the images to display on the fridge or something similar.

the game’s goal is to educate first and foremost

Once finishing the latest masterpiece in any of the three game modes, players can then upload them to Miiverse. This is not only a first for the series, but also 3DS games in general, as it is the first 3DS game to come included with native support for the Nintendo social network. The ability to share artwork certainly makes the game more attractive, as players can now not only share with friends locally, but others all around the globe.

Beyond the teaching elements, one of the best aspects of Pokemon Art Academy is how relaxing it can be to play. With no time limit, any drawing can be done at the player’s pace, whether it takes five minutes or all day. To further enhance the experience, the serene soundtrack helps to soothe while playing, which makes it a perfect game to pull out and play on a lazy day.

While the game had a few mostly small faults, many of the most vexing were a result of the handheld itself and the lack of features added to help overcome the concerns. Using an original launch Nintendo 3DS makes it intensely hard to be exact when viewing the top screen, even with superb vision. Playing with a 3DS XL instead would likely help a little, but it still is so small that there should be an option to zoom in on the top screen as well, rather than only the bottom. 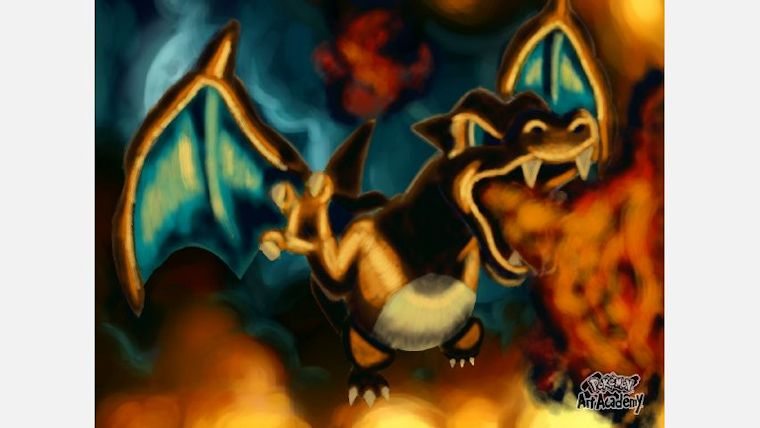 Players quickly learn that they will likely need to rotate their handheld, in a variety of different ways, to get that perfect angle, unless they want a less than stellar picture. However, when drawing some of the more precise details of many pictures, it is extremely easy to lightly tap the system’s power button and lose all progress on the image prior to the last save. This is where an autosave feature would have come in extremely handy, as the developers had to know the power button could potentially become an issue.

Pokemon Art Academy, albeit a little overpriced, succeeds at mashing together the extremely popular Pokemon series with the lesser known Art Academy franchise within an excellent teaching tool for artists of all ages. The lessons are surprisingly very in-depth, especially as you advance into the later lessons, though a lack of actual scoring or critique does make it hard to improve. While the 3DS design does get in the way at times, for anyone who is looking to learn the basics of drawing, Pokemon Art Academy is an exemplary option in which to “catch ’em all.”