Ratchet and Clank's dimension-hopping adventure is their best yet. 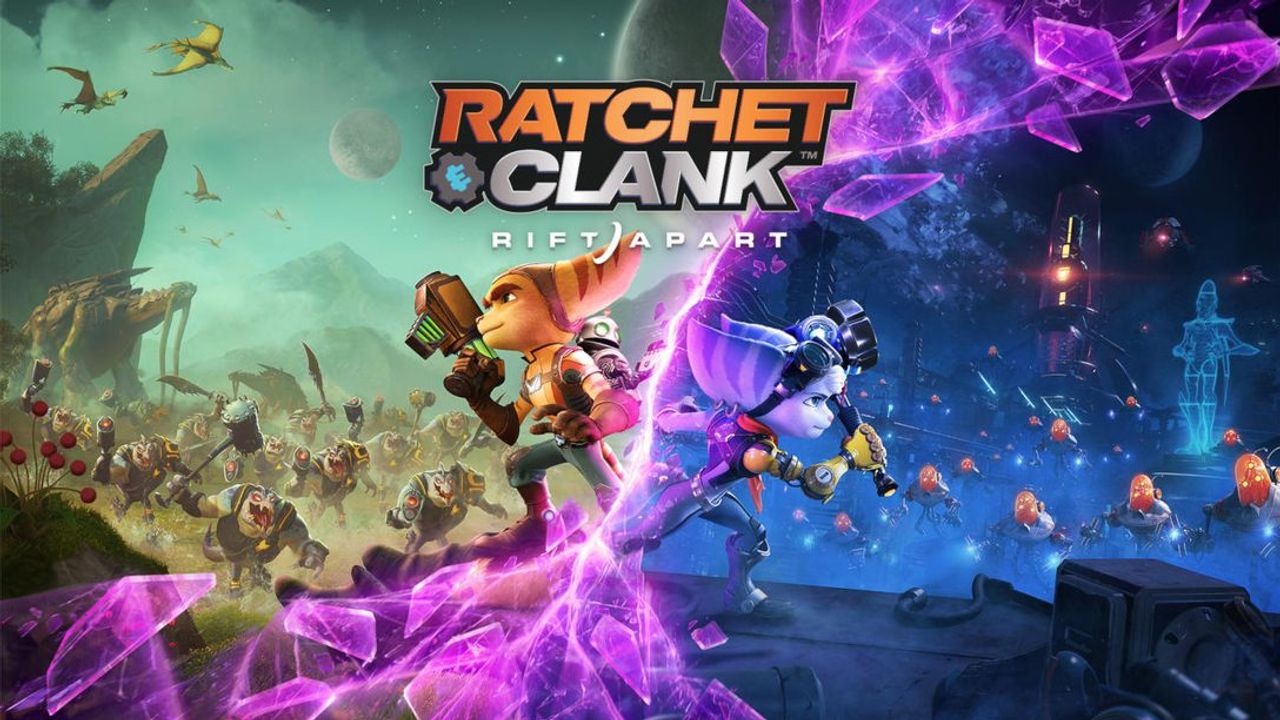 Ratchet and Clank: Rift Apart is the best game on PlayStation 5. It’s been a while since we’ve seen our favorite Lombax and his robot buddy in action, but their latest outing is more than worth the wait. The 2016 movie tie-in game was good, but it featured a safer, watered-down version of the series that was clearly designed for the big screen first and foremost. Rift Apart is a return to form for the series filled with great combat, thrilling setpieces, and sharp writing, and I loved every second of it.

As if you couldn’t tell from the trailers, this is a good-looking game. Most reviews are probably going to mention Pixar or something along those lines, so I won’t make that comparison. Still, the visuals really are that impressive. It’s not just the raw visual fidelity that impressed me, either. The ray-traced reflections and high-resolution textures are nice to look at, sure, but it’s the sheer level of detail in every environment that elevates this game to another level. Every environment is ridiculously busy. From the neon streets of Nefarious City to the swamps of Sargasso, there’s just so much detail to soak up in every scene. A lot of love was clearly put into the animations as well.  There’s painstaking attention to detail in every cutscene, weapon animation, and character model, and every part of the game feels handcrafted and unique. This is a true next-gen graphical showcase. Honestly, I don’t think I’ve ever used photo mode or the share button this much. 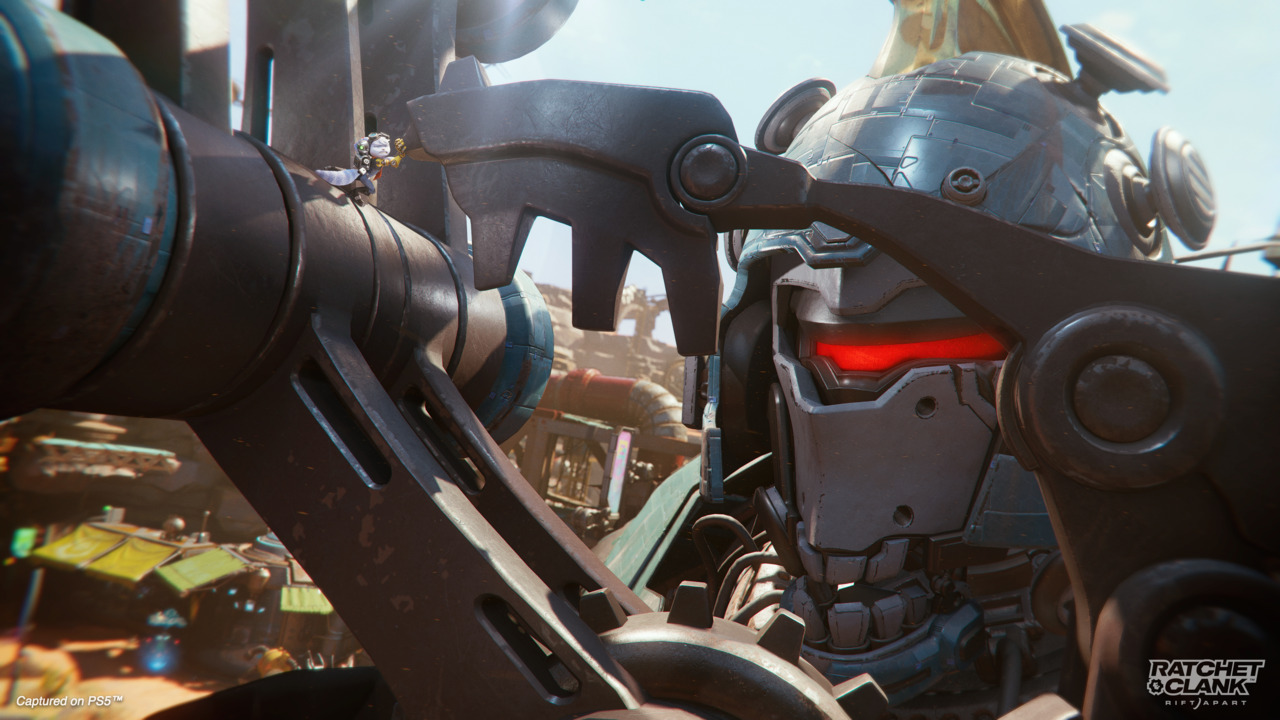 The default graphics setting for Rift Apart is Fidelity mode, which provides a native 4K image locked at 30 FPS. However, there are three separate modes to choose from. Performance slightly drops the resolution to a dynamic 4K picture but doubles the framerate to 60 FPS. There’s also a Performance RT mode which features dynamic 4K at 60 FPS with ray-tracing enabled. After testing all three modes, you can’t go wrong with any of them. Fidelity mode obviously provides the sharpest picture, but I found that both Performance modes were still fairly sharp. If you’ve messed around with these settings in Spider-Man: Miles Morales, then you already have an idea of how these graphics modes perform. Whether you want the absolute best-looking picture or a silky smooth framerate, Insomniac has thankfully provided a solution for everyone.

This is also the best use of the DualSense controller by a mile. Returnal’s raindrops were an okay use of haptic feedback, but Rift Apart takes things to the next level. This game has the most creative and inventive uses for the DualSense’s adaptive triggers, haptics, and controller speaker, to the point where some weapons just flat out aren’t as fun to use without them enabled. Each weapon has its own unique uses for the controller. The Enforcer shotgun fires a single barrel with a half pull of the trigger and both barrels if you pull the trigger all the way, for example. Most weapons include a half trigger function of some kind, but each weapon and gadget has a distinct feel thanks to the controller’s wide array of features. 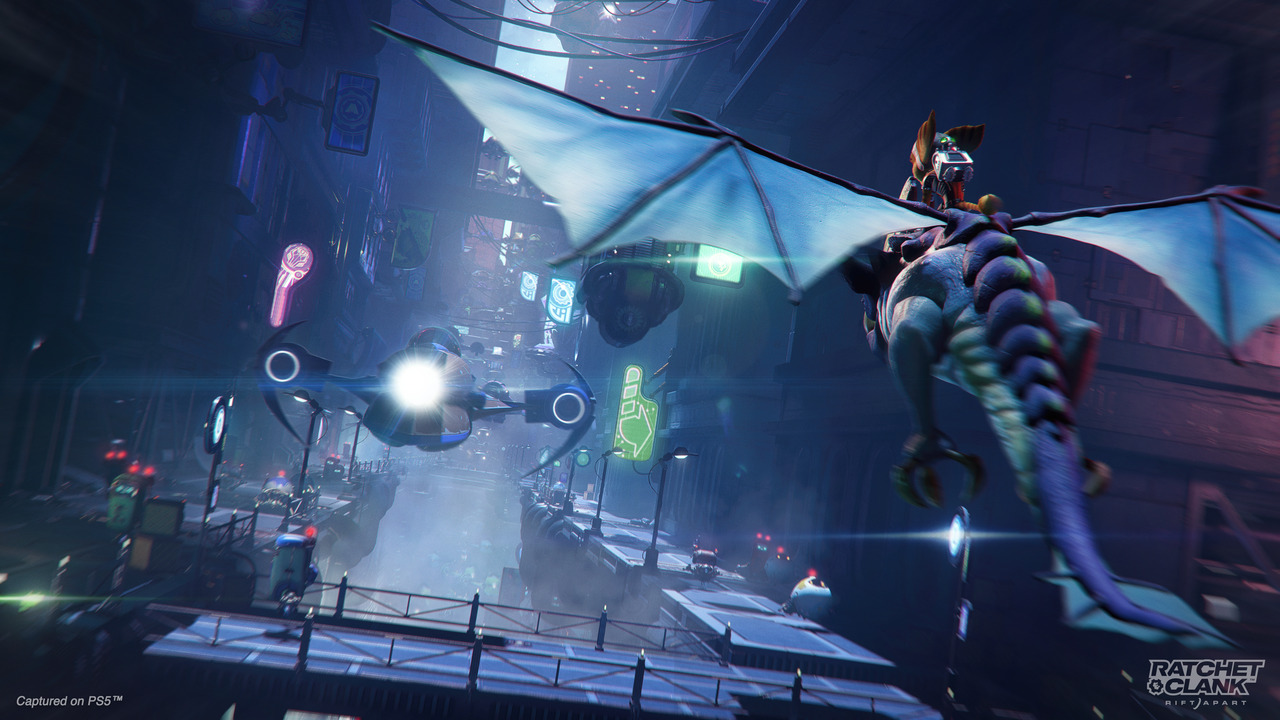 The whole idea of Rift Apart is hopping between dimensions, and the PS5’s lightning-fast SSD really shines here. Each planet has optional pocket dimensions, and you can instantly walk into a small level immediately after opening them. Also, certain levels have crystals that load an entirely new version of a planet when struck, and this transition is instantaneous. It’s seriously impressive. The load times even extend to non-dimension hopping shenanigans. Taking off from one planet and landing on another happens in seconds, only needing a quick fade to black to load a whole new zone. I never had to wait for anything, which is crazy considering how many assets this game needs to load at any given moment.

Of course, this is a game and not just a tech showcase. Thankfully, Rift Apart is a stellar video game. As always, there’s a wide arsenal of wacky weapons to use. Each weapon can be leveled up just by using it, eventually unlocking a new form at level 5. Each gun also has a large grid of bonuses to unlock by spending Raritanium, which can be found by exploring planets. Each upgrade gets you a minor stat increase, but if you completely surround special yellow upgrades by purchasing all the minor upgrades on the grid around them, you’ll unlock something cool for that weapon. The upgrades all feel worthwhile, too. None of the guns start out weak, but they do feel noticeably more powerful once you level them up and get a few Raritanium upgrades under their belt. The game also showers you in Raritanium if you do even the smallest amount of exploring, so you’ll always be able to buy upgrades in bulk when you reach a shop. 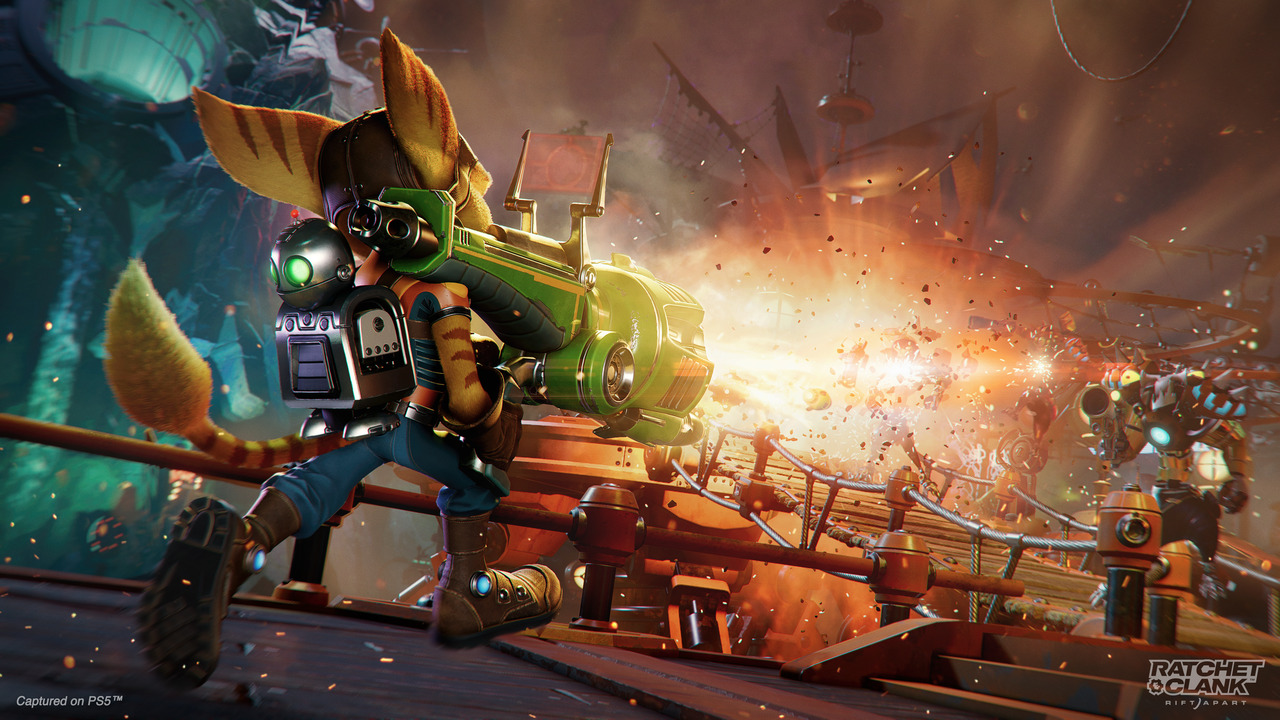 Using these weapons is the main draw of Rift Apart, and combat encounters are so much fun. Insomniac knows just what enemies to throw at you and which enemy types to pair to make fights interesting. Arenas are also beautifully designed, giving you plenty of opportunities to play around with your gadgets like the grappling hook and rift tether. Boss fights are a bit disappointing because none of them really change things up at all, but they’re not bad, just uninteresting. Of course, nonstop shooting would get really old really fast, but the pacing in this game is fantastic. It’s all killer, no filler. A lot of that is owed to the variety of levels. Some planets are short and linear with a lot of shooting, while others are massive and let you explore on your own if you want. Just when the shooting starts to get old, the game will throw a cutscene at you. Just when things start getting slow, you’ll reach an exciting setpiece with rail grinding and explosions. It’s easy to lose track of how long you’ve been playing because the game does an excellent job of keeping you hooked.

Also, side content feels meaningful. Characters always have something new to say when you return to a planet, and completing side missions and hunting for collectibles just gives the excellent writing and dialogue more time to shine. The rewards are always valuable as well. The game doesn’t settle for just giving you bolts or Raritanium for your trouble. To me, the optional side missions are just as essential as the main missions. Even the side missions centered around gathering things to fill a checklist are still fun because they give you more time to play with a planet’s mechanics. You’ll also get to hear extra dialogue and banter that you wouldn’t have heard otherwise. It also helps that there’s usually just one side mission per planet, keeping you moving to new locations and stopping things from getting too repetitive. The only thing I loved more than Rift Apart’s gameplay was its characters. Ratchet and Clank are great as always, but newcomer Rivet absolutely steals the show. Seriously, if Rivet doesn’t return in future sequels, then I will be immensely disappointed. The game uses a dual protagonist system though, so you’ll be swapping between both Lombaxes regularly as you hop from planet to planet. There are other new characters that I won’t spoil, but just know that every original character in Rift Apart is wonderful. The game has a simple plot on paper, but the character interactions and side characters really make the story something special. So much of the story happens during gameplay, too. The game does have some great cutscenes, but most dialogue happens when you’re exploring for collectibles or shooting your way through goons. It helps everything feel more natural and gives more life to the characters since they’re constantly reacting to what’s going on. I wish I could talk more about the story and characters, but the reveals and jokes are best experienced firsthand.

Ratchet and Clank: Rift Apart is an absolute blast from start to finish. I loved every second of it, and I was sad when it was over. Even though I’ve already platinumed the game, I’m still probably going to go back through for another playthrough on Challenge Mode. Not only is it an amazing game at its core, but it’s also the first true taste of next-gen. Insomniac are technical wizards, and I can’t wait to see what else they do with the PlayStation 5 as the console matures. Rift Apart cements Ratchet and Clank as one of PlayStation’s premier franchises, and I really want to see more of Ratchet and Rivet very soon.